I’m a secular sort, but one thing my religious friends and I agree on is that this time of year is all about doing good. Doing good for your family, doing good for yourself, and, if you can, doing good for strangers in need. There’s something especially encouraging about giving back as part of a community, so today, I’m rounding up a few ways for gamers to pitch in.

Here’s a thought experiment for gamers without disabilities. Consider the mental and physical skills required by your favorite games. Now imagine that you have muscle tremors or cannot see in color. Think about mechanics that rely on auditory cues, then imagine that you cannot hear, and that the game’s closed captions do not include sound effects. Ever been frustrated over not being able to remap your key bindings? Imagine that it prevents you from playing the game at all. Think of those virtual worlds that make you feel powerful and strong, where you can be whoever you want to be. Think of the friends you’ve made there. Imagine that you’ve just lost a limb and can no longer play. Imagine that you’ve never been able to visit those places to begin with.

For an estimated 33 million gamers, accessibility issues are a very real barrier to entry. That’s where AbleGamers comes in. This awesome non-profit provides grants to gamers in need of assistive technology, works directly with developers to improve gameplay options, sets up accessible arcades, and offers in-person consultations in the newly opened AbleGamers Lab (located in Washington, D.C.). It’s exactly the kind of creative problem solving you’d expect from folks who love games, and I have a lot of admiration for their efforts.

AbleGamers currently has a fundraising goal of $100,000, which would fuel their work in the coming year. If you’d like to help them out, you can do so here. 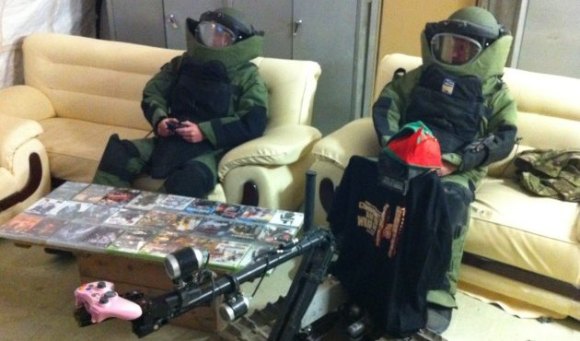 Games may not be the first thing you think of putting in a soldier’s care package, but for men and women serving under fire, some escapist fun can make a huge difference. I’ll let Operation Supply Drop speak for itself:

Video games can have a profound therapeutic effect on soldiers in a warzone or those attempting to reacclimatize back into society following a deployment. Researchers are now corroborating that trauma sufferers have a significantly reduced number of flashbacks while focusing on a “highly engaging visual-spatial task” (psst…that’s video games).

Multiplayer games provide soldiers a friendly competitive social environment after work hours; instead of soldiers disappearing back to their bunk after a shift and not interacting with others, holding a Guitar Hero competition or playing a few games of Madden 2012 is a great way to keep soldiers from being isolated and feeling alone while tens of thousands of miles away from friends and loved ones.

Ask any deployed soldier and they will be able to tell you from memory exactly how many days they have remaining in their tour of duty. Gaming is a perfect counter to the seemingly endless number of days left of a rotation; any gamer will tell you about a time they sat down to play a game for five minutes and suddenly three hours had disappeared without them noticing. Video games help move that clock along much more quickly, even if it is just in a soldier’s mind.

Operation Supply Drop provides game packages to members of the US Armed Forces, both deployed in combat zones and recovering in stateside military hospitals. To donate, or to request a drop, head here. 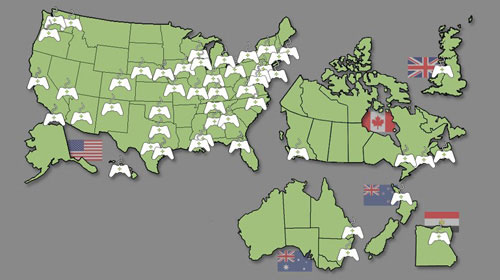 Hospitals are miserable. Being a kid in a hospital is miserable. Spending the holidays in hospitals is miserable, for everyone involved. So bringing games and toys and books to families who can’t go home? Giving kids who are scared and in pain something fun to focus on? Providing their siblings with engaging ways to pass the time? Yeah, I’m all about that.

I have many qualms over Penny Arcade, but I’m a long-time supporter of their offshoot charity, Child’s Play. Since 2003 contributors have raised over $20 million for kids in hospitals worldwide. Thanks to their enormous success, Child’s Play is launching a new program to benefit families in domestic violence shelters. I’d say that’s something gamers can be mighty proud of.

There are two ways you can contribute to Child’s Play. You can donate straight into their annual holiday fundraising drive (currently at $4.3 million and counting), or you can buy a gift for a specific hospital through their Amazon wishlist. Though both ways do equal amounts of good, I’ve always liked the tangibility of the latter — especially a few years back, when I learned that the child of a friend had been a patient at the local hospital I’d bought gifts for. Worth every penny.

If you’d like your goodwill rewarded with something more substantial than warm fuzzies, there are two game sales on right now that benefit Child’s Play — Humble Bundle: PC and Android 8 (ends December 31) and IndieGameStand’s 12 Days of Christmas (ends December 29th). 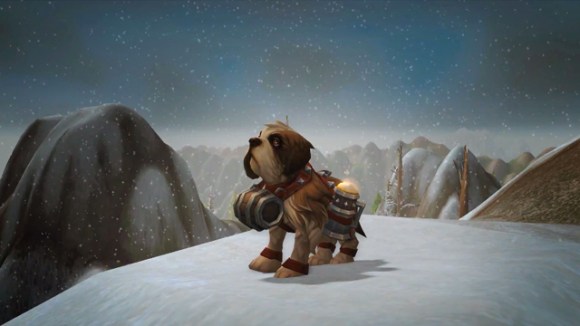 …and lots of in-game stuff

For folks who prefer to give within their game of choice, online multiplayer games often offer charitable events around this time. Relief efforts for Typhoon Haiyan were a big cause this year, with $190,890 raised through EVE Online’s PLEX for GOOD drive and $90,000 raised by Twitch users. I’ve gathered some in-game efforts you can still get in on, though I’m sure there are plenty more I’ve left out. Feel free to share any that you know of in the comments.

Through December 31, World of Warcraft players can purchase the Alterac Brew Pup pet (either on its own or bundled with the new Enchanted Fey Dragon mount). Half of each pup’s $10 price tag will go to kids in need through the Make-A-Wish Foundation.

RuneScape players in need of a gold sink can put their in-game currency to good use. For every 10 million gold coins thrown into the Well of Goodwill, developer Jagex has promised to donate $1 to a number of selected charities. May not sound like much of a trade, but when you consider that over 500 billion coins have been donated thus far, it seems that the Well’s living up to its name.

The new Zoo Tycoon for Xbox will be rolling out monthly community challenges, each supporting one of three non-profit endangered species organizations: Rhino Rescue, Komodo Survival Program, and the Tiger Species Survival Program. For each challenge completed, Microsoft will donate $10,000 to the designated beneficiary. Players can visit the in-game community page to vote for the organization they want to support first. Voting ends December 31.

No matter how (or if) you chip in this year, no matter whether you’re spending your holidays with friends in person or in game — have fun, and be well.