Why Didn’t Anyone Tell Me About Gameboys, the Story of Gamer Boys Falling in Love With Each Other During the Pandemic!

I had to find out on the streets when y'all could've just told me! 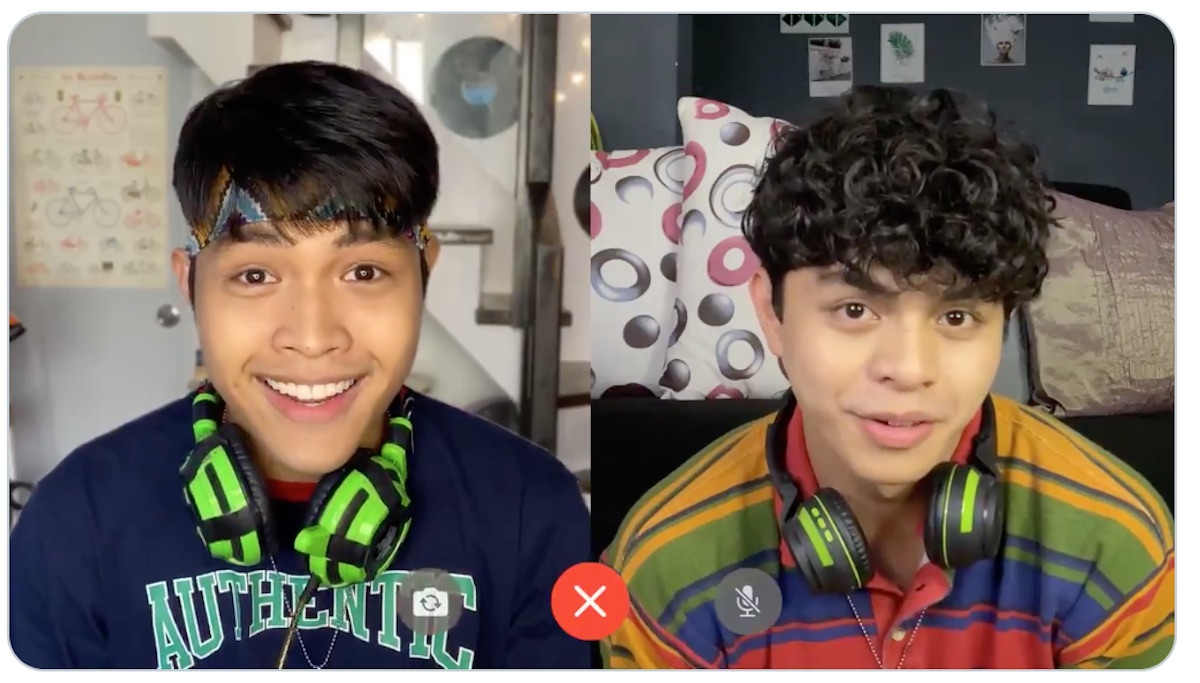 So there I was, chatting with my wife after work yesterday, forgetting to click on “next episode” for the show we were watching on Netflix. As the screensaver images cycled through one image caught my eye. 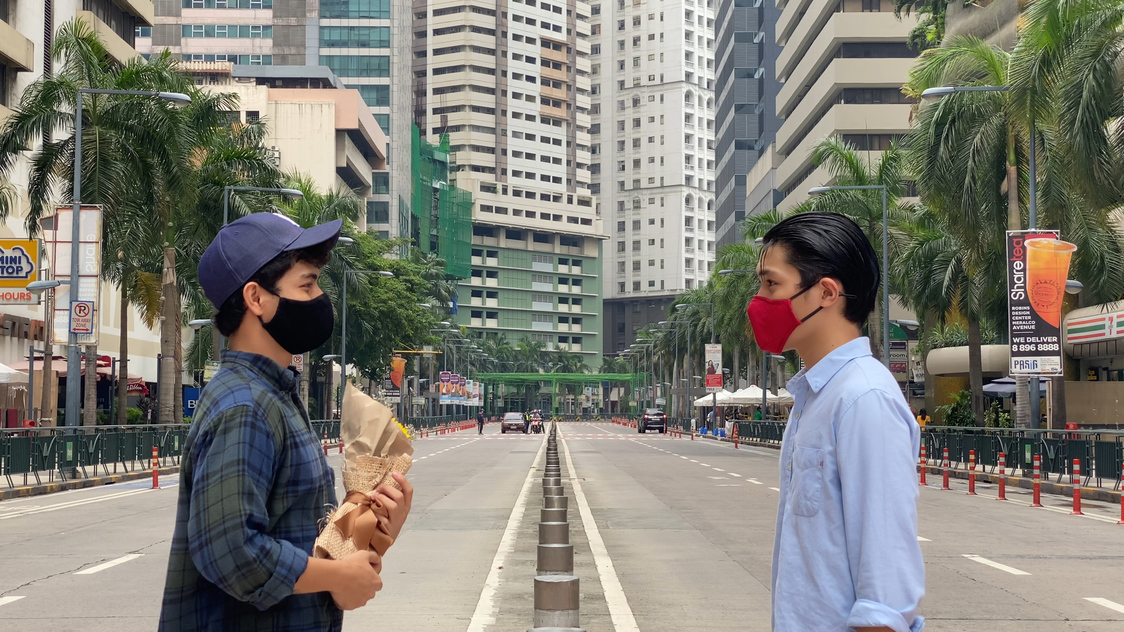 I didn’t want to make assumptions, but something about this image screamed ROMANCE to me. Even with the face masks, there’s this fond look between the two of them that made me want to look into the series.

And oh my BL (boy’s love, as this genre is termed) fanatical GOD!

Yes, it’s true that this series will be available on Netflix on December 30th, but Gameboys has been an ongoing Filipino BL web series since May! It also won best web series at the Seoul Indie Short Awards.

The stars of the series, Elijah Canlas (Cairo) and Kokoy De Santos (Gavreel), took to Twitter to announce the Netflix series, staying in character to let fans know about the upcoming release, which will include never-before-seen footage from the series.

So what’s Gameboys about? From what I could find online without majorly spoiling myself (since the first season ended back in September) the story begins when live streamer Cairo (screenname Caimazing) loses a match to Gavreel (screenname Angel2000).

Cairo wants a rematch against Gavreel, and Gavreel responds by… confessing his love for the streamer! In return for a rematch, Gavreel wants a date with Cairo! BL hijinks ensue, complete with developing feelings, exes, and, well, the pandemic, since it takes place in present-day 2020.

What’s fascinating about this series (besides my immediate interest because YAY LGBTQ+ MEDIA WITH POC) is that they not only address COVID in the story but with the production itself. The reason why there are separate camera views is so the series could be filmed safely, the actors recording themselves from home with virtual guidance. What better medium to illustrate how people have had to connect with each other during COVID than online video gaming? We all already game online anyway, it’s no stretch of the imagination that bonds are formed through it.

According to Starmometer, series creator Jun Robles Lana had this to say:

“Our goal with Gameboys was to create a truly Filipino BL while also delivering universal themes and messages about two boys who find themselves connecting during the pandemic using the all-computer-screen format. The global health crisis basically forced us to rethink how we were producing stories, and institute a work-from-home shoot, involving actors recording themselves using their personal phones, supervised by a small crew attending the set virtually. We are excited to share Gameboys Level-Up Edition with the world through Netflix.”

“At a time when the world literally paused and people had to step back from all the daily routines they’ve gone used to, Gameboys was born. The show served as a glimmer of hope for us especially when we, the people in production, thought we were going to lose our jobs. But taking the challenge that is Gameboys is no easy feat. It has definitely expanded our creativity to deliver content that we’re truly proud of despite the quarantine and safe distancing measures. The message of this show has been our unstoppable force to carry on no matter how hard the challenges were because we believe that Gameboys shows a love that is universal and speaks one language regardless of gender, orientation and physical connection. It is the kind of love that encompasses virtual connection as we prove that love indeed has no boundaries. Now it is going to be on Netflix for the world to discover as Gameboys Level-Up Edition, and I am very proud of what our team has achieved.”

As a gamer and LGBTQ+ media enthusiast … I can’t believe I didn’t know about this until yesterday!

While Netflix will be airing the first season, it looks like a second season is already in the works. No word on when it’ll be finished or if it’ll also come to Netflix.

#GameboysEp13
S2. You asked for it. You got it. pic.twitter.com/gUFfAHWsTv

Assuming that Netflix will have all the episodes available on the 30th, I definitely know what my “end of the year” series binge is gonna be. Game on, Gameboys! 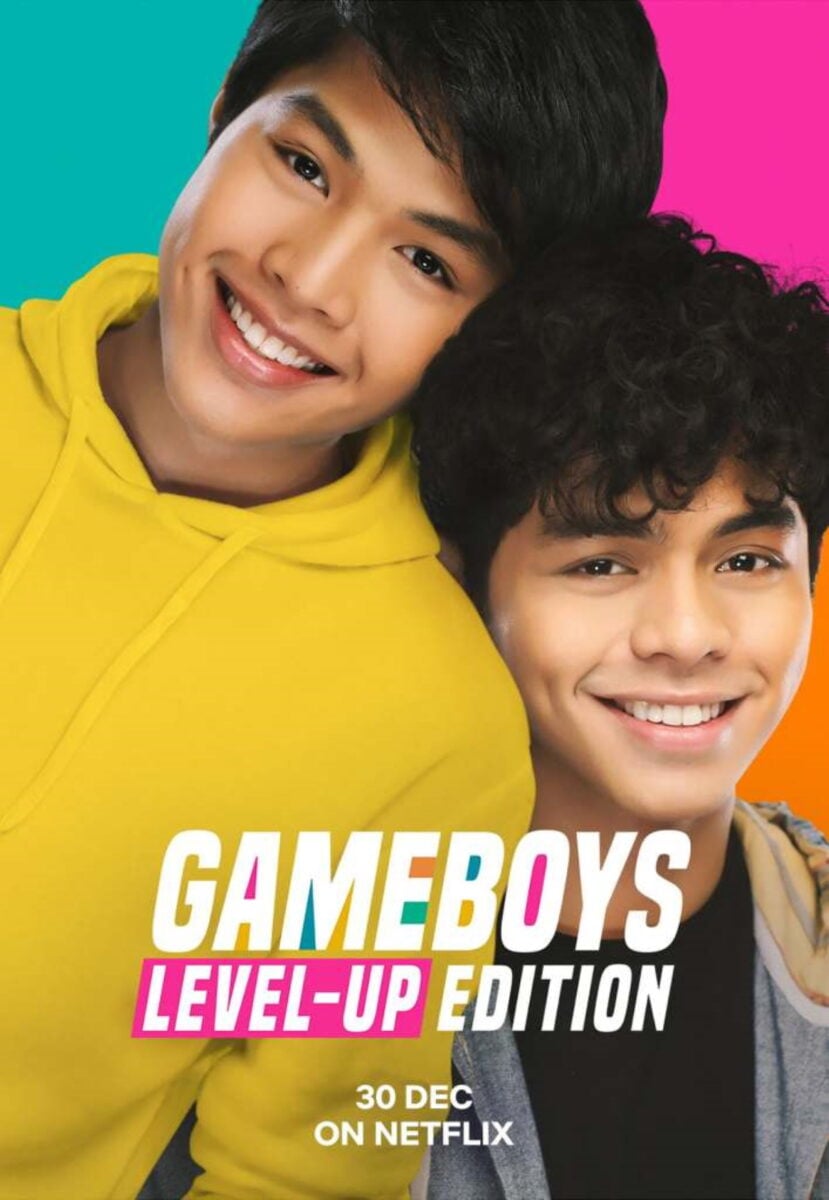