Hire a woman instead. 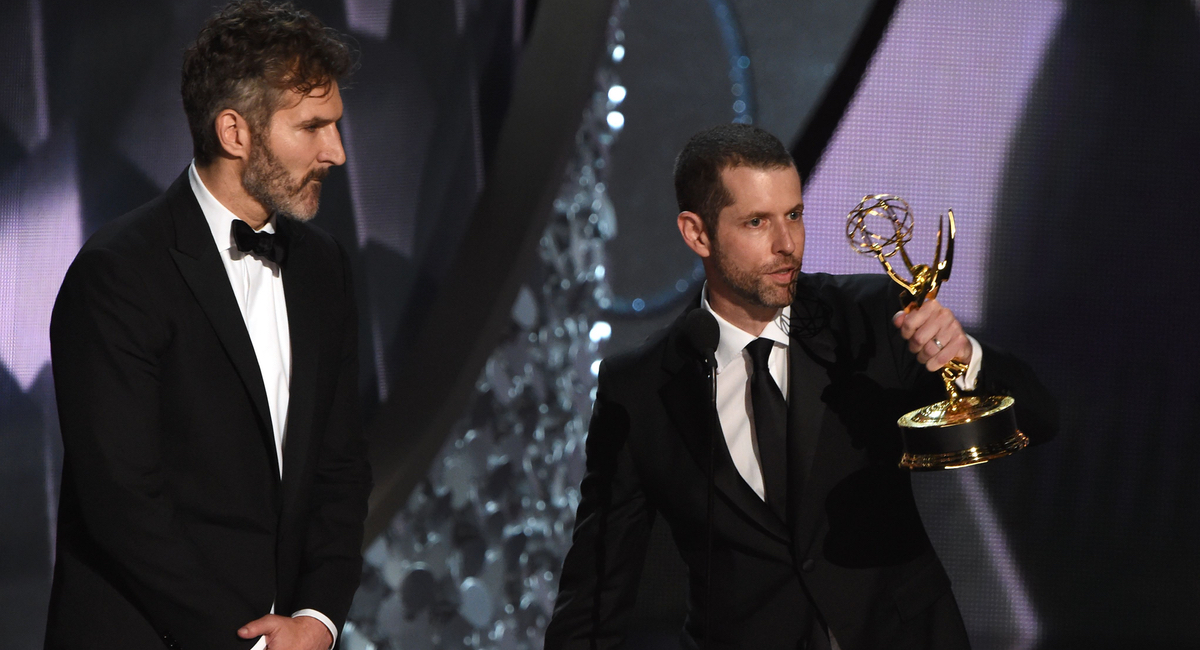 Honestly, my first thought back in 2018 when Star Wars announced that Game of Thrones scribes David Benioff and D.B. Weiss would receive a movie trilogy was a resounding “this is a huge mistake.” Benioff and Weiss are prone to bad storytelling decisions for shock value, most often at the expense of characters of color or female characters. They have in past seasons relied heavily on sexual assault as a plot device or as a means of showing how “dark” the story is on Game of Thrones. A little over a year later, they’ve also really tipped their hand as to how poor their story planning is.

The latest Game of Thrones episode is a truly remarkable disaster. The show has always been a problematic mess, especially after Benioff and Weiss ran out of books to adapt. In the fourth episode of the eighth season alone, we had a scene in which a woman said her consistent rape and abuse made her stronger and the only woman of color was fridged for the pain of a white woman, and that’s just the bits that are problematic on a social justice/representation scale.

There’s also the real heel-face-turn that is the Mad Queen arc (which is less of a problem that it’s happening and more of a problem as to how it’s happening), the destruction of Jaime Lannister’s entire growth in about half an episode which is done at the expense of Brienne, the weirdly uncritical way that everyone’s been insisting only Jon is fit to rule because he’s a man … I could go on but this isn’t a recap. This is a condemnation.

A well-executed trilogy has room for improvisation, but it helps to vaguely know where you want to go. A solid plot will feature characters going through arcs that make sense and aren’t rushed. A good plot won’t feature the protagonist going Dark Side midway through the final film because we vaguely telegraphed that she was evil because she didn’t cry for her abuser and after uncritically framing her as a white feminist girl power icon for a majority of the narrative. Or throw out a long slow-burn redemption arc for a male antagonist so he can go get an underwhelming death with the person supposed to be the Big Bad.

Also, it’s worth remembering that these are the men who thought that a TV series about the Confederacy winning the war and slavery still being a thing would be a good idea. That showcases a lack of understanding of the world and the time we live in to an absurd degree.

I originally assumed that with the right guidance (and Disney cracking down on the gratuitous violence) that Benioff and Weiss might be a decent pick for an Old Republic film. But now? Nope. Just throw the whole idea out. We can get an Old Republic series from someone who understands a decent tragic narrative, and these guys can go back to pretending like their clever and subversive ideas that disproportionally target characters of color and women are actually subversive.

“Themes are for eighth-grade book reports,” Benioff told a reporter in a now-viral quote from season three. There’s the rub. They don’t see their narrative as a cohesive story conveying any meaning. They believe themselves to be doing a smart call-out of fantasy tropes that subverts (their favorite word) all we expect. After all, if you think this has a happy ending, you haven’t been paying attention.

That’s a line from a character in season three, and it’s pretty damn thematic for two guys who really don’t like themes in their work.

But that quote encapsulates their failings. George R.R. Martin is certainly not perfect, and I don’t necessarily think his story would be any less sexist or racist or problematic, but he was trying to convey something. He focused in his point of view chapters on women doing feminine things and on characters often excluded from big fantasy epics. Robb Stark, the King in the North, never got a POV chapter, but his mother Catelyn did. Joffrey doesn’t get a point of view, but Cersei does.

It appeared that Benioff and Weiss only saw moments like Ned Stark’s death or the Red Wedding and thought “gee, this is fun because we get to have a lot of blood and boobs and murder” and ran with it. They rely on sexual assault as a plot device, adding additional sexual assault that isn’t included in the books, and love to torture their female characters and characters of color. They wrote Dany as the rightful girl power queen as she crowdsurfed over characters of color, but now that a white man named Jon Snow could be king, she’s gone mad with power.

“Themes are for eighth-grade book reports” is not a good sentiment from men who are supposed to tackle Star Wars, a franchise built on themes of hope and triumph and love. Star Wars films are fairy tales, with knights and villains and good vs. evil.

The most powerful, defining moment of the entire Star Wars franchise is the most subversive, but not because someone dies brutally. It’s when Luke Skywalker tosses his lightsaber aside and refuses to kill Darth Vader. We’ve been building to Luke killing Vader and saving the day for an entire trilogy, and Luke does that by redeeming Vader with his compassion for his father.

Benioff and Weiss would’ve probably had Leia create her own Death Star to be subversive.

There’s also the idea that Star Wars is trying to be more inclusive, and Benioff and Weiss may think they’re inclusive but are really just hell-bent on centering narratives on white men and white characters while demonizing women and brutalizing characters of color.

I hope that Kathleen Kennedy, Lucasfilm, and Disney are looking at the en masse critical and cultural panning of Game of Thrones currently and are re-evaluating their decision. I know that if Benioff and Weiss are the writers behind the 2022 trilogy, I’ll be skipping it. I love Star Wars. I don’t want to see it go up in smoke and dragon fire.