Game of Thrones Showrunners Beef It at AFF | The Mary Sue

"It was a ten year drunk party" 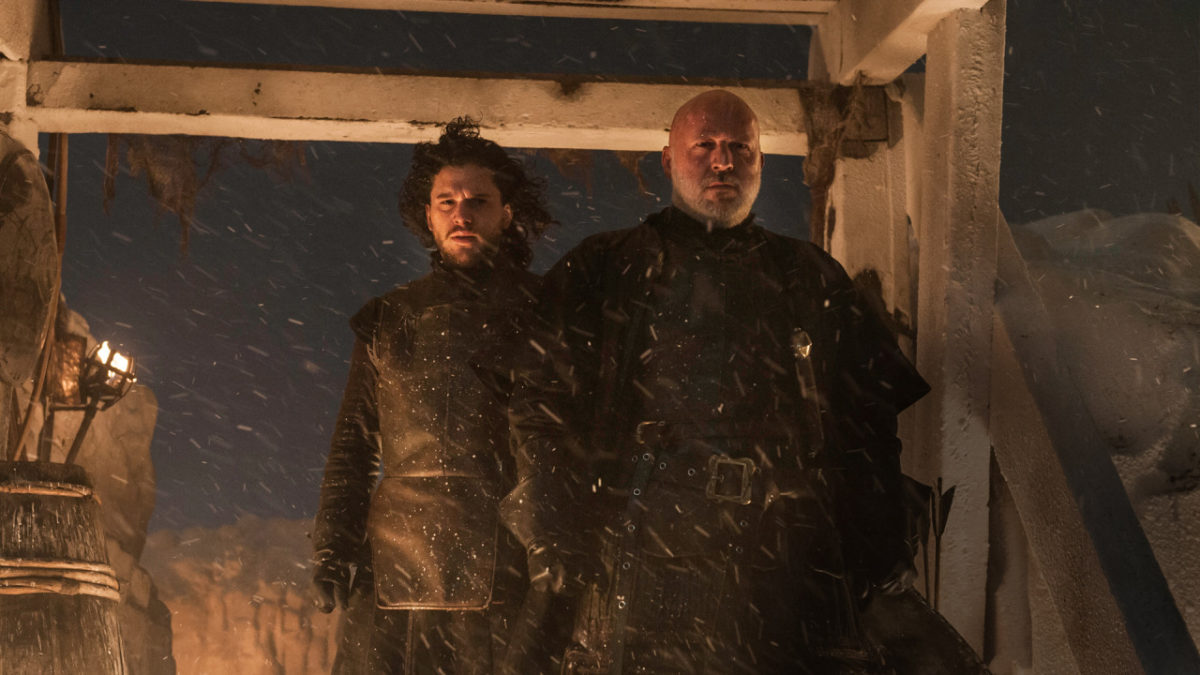 In news that should not surprise anyone who stuck with the show through the final season, Game of Thrones series creators David Benioff and DB Weiss admitted that they had no idea what they were doing, while on a panel as part of the Austin Film Festival this weekend. Maybe hoping that the story of their stumble into success would come across like one of two intrepid underdogs, it unfortunately highlighted the startling ability of white male mediocrity to always “fail up.”

They asked about not including women and POC in the writers room.

They didn’t have a writers room and there was one woman who wrote a few scenes. They decided up front it was going to be the two of them. David Hill is of Asian descent.

They spoke about their pre-meeting with George R R Martin, who questioned their “bona fides,” to which they admitted that “we didn’t really have any. We had never done TV… we don’t know why he trusted us with his life’s work.” They also copped to writing a terrible first pilot, full of “basic writing mistakes,” but assumed HBO went forward with it anyways because they already had a lot of foreign pre-sales. How lucky for them!

Alternating between describing the past decade of working on Game of Thrones as either harrowing (they stressed several times about “giving up” 10 years of their lives) or a “ten year drunk party,” they also admitted that this was partially due to refusing a writer’s room. Which also explains the lack of women and POC writers that fans were so often quick to point out. However, they did have Vanessa Taylor (The Shape of Water) and Dave Hill (who is of Asian descent) contribute some scenes. Then they went a step further and declared that they “wouldn’t hire writers unless they were willing to be part of the production team.” Ironic considering the lack of television credits (Benioff had several feature films under his belt, but only one episode of TV, and Weiss had only been an EP on the docu-series The Specials at the time) either of them had before pitching Game of Thrones. You did this to yourself, my boys.

They acknowledge that they have no idea why after such a dismal pilot why they went forward. “Everything we could make a mistake in, we did.” Script, casting, costume.

They think HBO went forward bc they had a lot of foreign pre-sales on the series.

When asked about whether or not they listened to fan feedback as they went along, Weiss said he did not while Benioff admitted that he “googled the show” and the results upset him. The majority of the panel then fell into the usual rhythm of explaining that a lot of what goes into making a show is guesswork, trial and error, and getting lost in the details (like the disagreement they had with the mother of the baby placed on the ice block in season one over whether or not they could show the baby’s penis.) It is very easy to lose sight of the big picture.

Dan is saying that #GameofThrones was basically an expensive film school for he and Dave. For example, they had no idea how to work with costume designers, and it was a huge learning experience.

It’s an unfortunate fact about filmmaking and television production – what the audience sees on screen is actually the result of a lot of mistakes, happenstance, compromise and general bullshittery. Doubly frustrating to women, POC, and basically anyone who doesn’t fall into the “upper middle class white cis man” category, and who have been categorically denied these opportunities for decades, to see the creators the biggest fantasy epic of all time basically admit that they had no idea what they were doing or why they were allowed to do it.