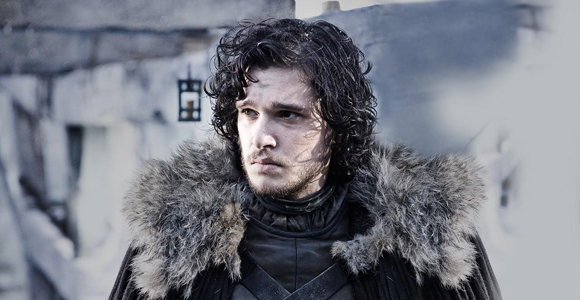 Viewers of HBO’s Game of Thrones were left with quite a few cliffhangers at the end of season one but for fans of Jon Snow, I guess you could say it was more of a wall-hanger. The cast is hard at work on Season 2 but MTV recently caught up with actor Kit Harington and spoke to him about the show’s success and a few tidbits about the new episodes, including a woman he crosses paths with on his journey past the wall.

“It keeps getting more momentum,” Harington told MTV News of how popular the George R.R. Martin novel adaptation has become. “I think it’s one of those things — a TV show, the longer it’s out there and is doing well, word of mouth spreads it around, and then more and more people watch it. It’s one of those things that it keeps snowballing, which is fantastic for us.”

Harington said there are a few new actors to look out for in Season 2. “There’s Simon Armstrong [Qhorin Halfhand]. He’s a fantastic actor. He’s going to be brilliant this season. And Rose Leslie who’s playing Ygritte. Watch this space, honestly — she’s amazing.”

We previously reported Leslie landing the role of the redhead wilding woman Jon Show meets during his travels North. She doesn’t have too much on her resume but fans of the PBS series Downtown Abbey will recognize her as Gwen.  Harington told MTV, “Yeah, Ygritte [pronounced E-greet or E-grit, according to Harington], it’s a tempestuous relationship. I’m not allowed to go into details. But I will say that it’s nice for Jon to meet a woman.”

MTV tried to get details out of the actor about a specific episode of the upcoming season, which they heard was a big one, but he couldn’t say much. “Episode nine is a big episode,” he said. “Actually, I can’t tease anything. Jon gets to fight more. In the first season, it was all training-yard stuff, and the world he’s going into, [this season] is very much more real. The fighting he has to do, it’s for real. It’s not play fighting.”