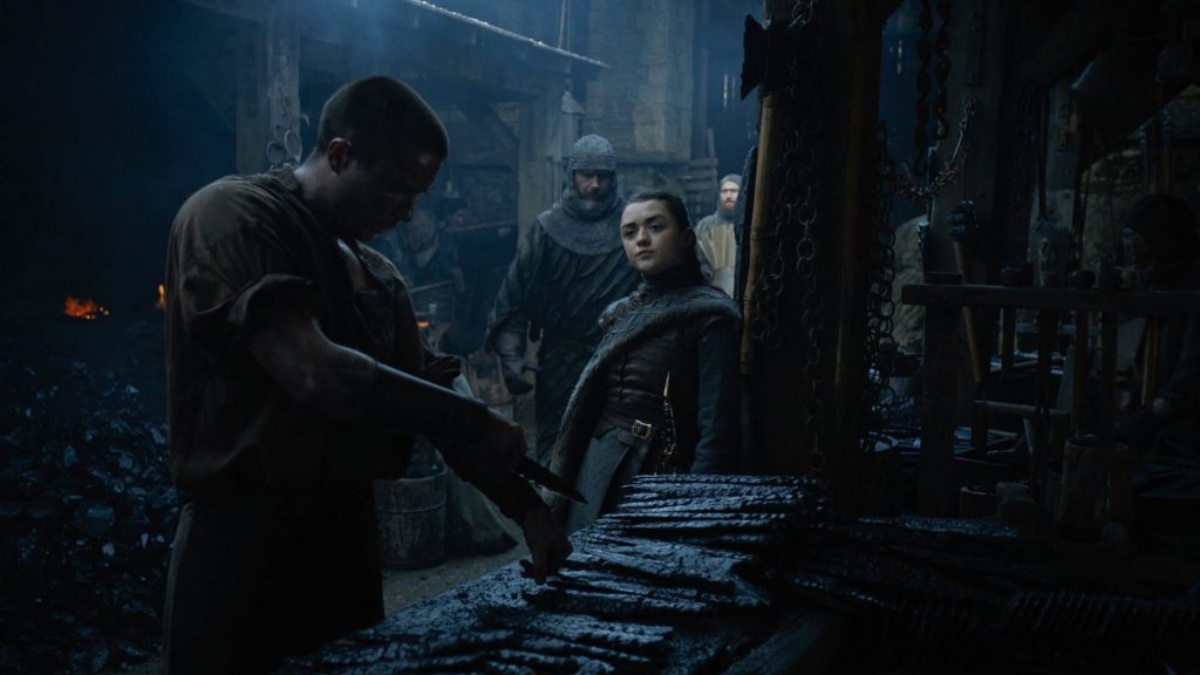 Sex on Game of Thrones has always been a mixed bag. On a show filled with rape and sexposition, we have rarely gotten intimate sex scenes between consenting adults without coercion, lies, or there being a “they’re related” twist over the moment, which is why this episode’s sex scene was a very positive change.

Arya has been giving Gendry the eye since he reappeared on the show. We even had a scene of the smoke from the fire hitting him just right as Arya watched. Still, I didn’t think that the show would actually go that far with Arya. Still, Arya and Gendry did have sex together, with Arya saying she wanted to experience sex on the off chance one of them dies, and it’s clear she has feelings for Gendry. It was a rare situation where a woman on the show was 100% in control, willing, and with someone who wanted her back.

In an interview with Entertainment Weekly, Maisie Willians, who plays Arya, said that at first, she thought the scene was a “prank” because showrunners David Benioff and Dan Weiss have a habit of sending the cast bogus scripts as pranks. It slowly became clear that it was not a prank, and then they had to discuss how it was going to happen.

For a lot of fans, though, there’s still an element of discomfort about the scene for multiple reasons. Williams was 11 when the show started, and we, as fans watched her grow up. Williams is now 22 years old, so there’s a level of us still seeing Arya as the young child we met in season one. Meanwhile, Arya herself is also very young within the world of the show and very emotionally traumatized, so there’s a lot of concern about her on that level. Add on that Joe Dempsie, who plays Gendry, is 31 years old, and it’s just a lot of mixed feelings.

Williams says that Benioff and Weiss allowed her to have control over how much would be shown in the scene, and also that beyond the typical awkwardness of shooting a sex scene, she didn’t find the experience bad—everyone was respectful. More so, she feels that in terms of Arya’s narrative, the scene shows a different side of the character than we’ve been allowed to get.

“It was really interesting because it’s a very human relationship for Arya. This is something she’s stayed away from, an emotion we’ve never really seen her engage with. David and Dan were like, ‘It’s the end of the world, what else would you have her do?’ This may be is a moment where Arya accepts death tomorrow, which she never does — ‘Not Today.’ So it was that moment where she says, ‘We’re probably going to die tomorrow, I want to know what this feels like before that happens.’ It’s interesting to see Arya be a bit more human, speak more normally about things people are scared of.”

Initially, watching the scene, I also felt this strangely maternal instinct to throw a blanket over Maisie Williams, because we have grown up with her, but that also means accepting that she is an adult person. Plus, I’m only five years older than her anyway, and she’s a successful actress on the biggest show of this generation.

The GoT Twitter account tweeted out that Arya is 18 in the show (m’kay, sure Jan), but regardless, we have seen Podrick be named greatest lover in Westeros when he was a round-faced babe. Viewers had no problem with 16-year-old Jon Snow having sex in caves, or 16-year-old Robb Stark getting married and falling in love with the first plot device he saw. So, if Arya wants to have sex with a guy she’s crushed on for years and who also wants her back, then I’m Team “For It.”