Game Of Thrones Season 5 Casting Sheet Leaks For Dorne & Beyond 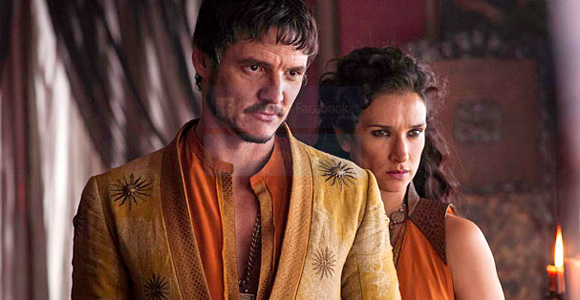 If you’ve been enjoying Prince Oberyn Martell and Ellaria Sand in the current season of HBO’s Game of Thrones, good news! You’ll be getting more Dornish men and women for Season 5. And we’ll give you one guess where they’re already scouting to film.

“The HBO fantasy hit is currently scouting locations in the Andalucia region of the country and is deep in talks with a local film commission,” writes EW. “If all goes according to plan, Spain will mark the seventh country (the seventh kingdom, if you will) where Thrones has shot on location.”

EW says they can’t reveal which part of George R.R. Martin’s fictional world the country will stand in for but it’s a safe bet to say Dorne, home to Oberyn and friends. What makes us so sure? A recently leaked list of new characters HBO is looking to cast.

WinterIsComing.net posted the list with descriptions. Non-book readers will probably want to avoid this. First up, folks connected to Oberyn:

WinterIsComing makes a note about a name missing from this list, Arianne, the woman who’s heir to the throne of Dorn. Yes, a woman. It’s possible she’s already been cast and that’s why she’s not on the sheet but we really, really, really hope she’s not being left out. Plus, she’s a POV character in the book so leaving her out would be a strange call.

Here are a few non-Dornish additions:

This also may not be a complete list of additions for Season 5.

WinterIsComing also recently took a stab at casting the Martell roles and I’m loving most of their choices. Anyone you’d like to see play a Martell?