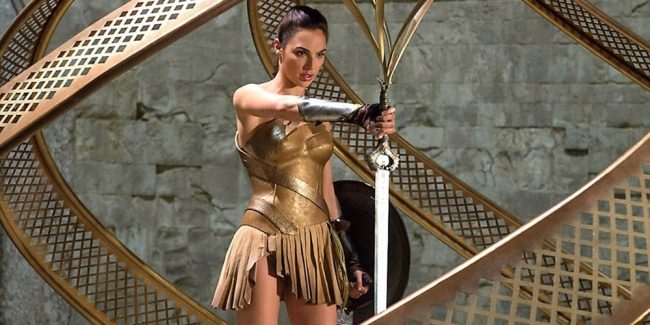 Without a doubt one the biggest movies to come out this year was Wonder Woman. Patty Jenkins fought against rumors of a chaotic set, delays and the general doubt that a female-led superhero movie, and a DC movie at that, could be good. Yet, Woman Woman went on to become the most successful film the DCEU. Not only that Wonder Woman earned $821 million at the worldwide box office, making it the second highest-grossing domestic earner of 2017 as of December 21 with $412 million.  Along with Jenkins’ amazing direction, Gal Gadot’s performance as Diana was a groundbreaking performance so it is no surprise she is going to be awarded for it.

The #SeeHerAward, according to the site, “recognizes a woman who embodies the values set forth by the #SeeHer movement — to push boundaries on changing stereotypes and recognize the importance of accurately portraying women across the entertainment landscape.”

“Gadot broke through this year as a powerful voice advocating for women, not only on screen as the iconic Wonder Woman, but in life as well, using her platform to encourage those in the entertainment industry and beyond to strive for fairness and parity across genders.”

And we could not agree more. You can make the argument that more “serious” female film stars might be more apt for this award, but I think that very much underestimates the importance of Wonder Woman‘s success and how deeply people connected with her. Even as someone who personally is not a huge “Wonder Woman” fan in the comics appreciated how Gadot managed to show this strong, but sometimes naive, woman’s determination to save people. DC movies have had a hard time allowing its heroes to be heroic out of altruism rather than angst. Diana was the heroine we needed in 2017.

“There has never been a more important time to lean in and support our #SeeHer mission of increasing accurate portrayal of girls and women in media,” said Stephen Quinn, Chair of the ANA’s Alliance for Family Entertainment. “Gal and Patty are role models for our #SeeHer mission, and we are delighted to have them recognized by the critics and the industry.”

Patty Jenkins will present Gadot with the award at the Critics’ Choice Awards gala on Thursday, January 11, 2018. Last year’s honoree was the incredible Viola Davis, so Gadot will be in good company.

We will be blessed with more Diana in November of 2019 in Wonder Woman 2.