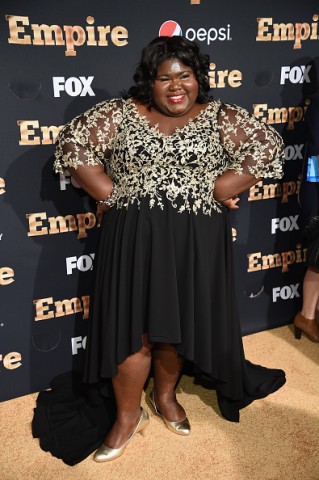 For those of us who have been watching Empire since it first aired on FOX, we know that this show loves pushing boundaries. Sometimes it seems impossible to imagine that the writers could even top themselves on a weekly basis—and then something happens that makes you do a double-take. Some of those moments, though, are new and welcome changes from what we normally see on television.

This week’s episode opened with the character of Becky (played by Gabourey Sidibe) having sex with her boyfriend—a perfect scene that encapsulated the seemingly wild concept that plus-sized women can and do enjoy getting intimate. Unfortunately, there were some people who apparently objected to the scene, prompting Sidibe to respond in a recap of the episode that she wrote for Entertainment Weekly:

I, a plus sized, dark-skinned woman, had a love scene on primetime television. I had the most fun ever filming that scene even though I was nervous. But I felt sexy and beautiful and I felt like I was doing a good job. I’m very proud of the work we all did to make that scene a great opening for the episode. I keep hearing that people are “hating” on it. I’m not sure how anyone could hate on love but that’s okay. You may have your memes. Honestly, I’m at work too busy to check Twitter anyway. #Booked. Hope you enjoy next week’s show!

Now that’s what you call a mic drop.

It’s not the first time Sidibe has voiced some fantastic and refreshing things about being confident in her size, or addressed the body-shamers head-on.

Since Empire has been getting lots of buzz as it is, the show has been using every opportunity to portray some important messages, whether it’s about the reality of bipolar disorder or sharing love regardless of size. This is just another great example.

(via EW, image via Getty Images)