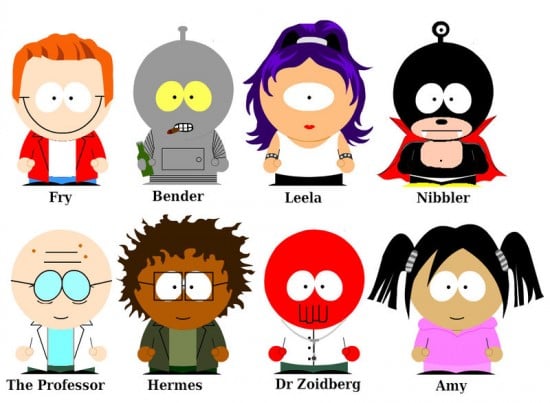 DeviantARTist Moosecake has done a nice job of reworking the humanoid members of the Futurama crew as South Park characters. (Although as one commenter astutely points out, they’re all children. Creepy.) 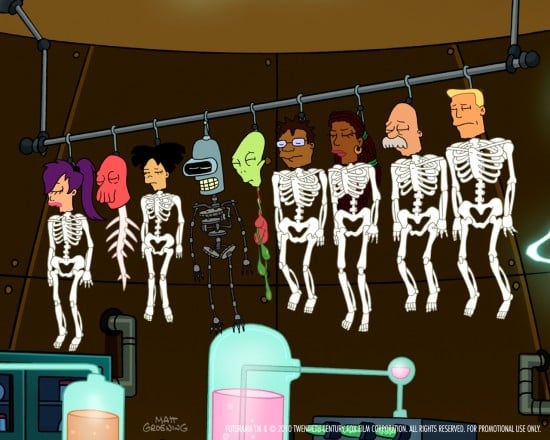