Futurama Is Coming Back As a New Mobile Game 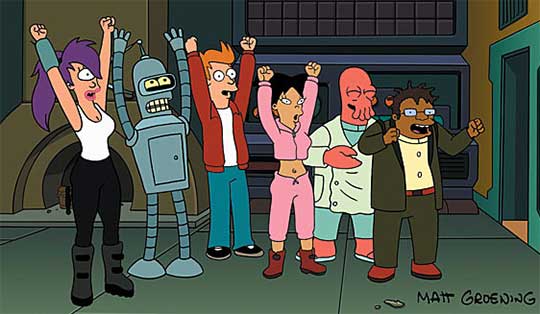 A new Futurama mobile game, involving both the original cast and the show’s writers, is on the way. Futurama: Worlds of Tomorrow will be out at some point this summer from developers JamCity. It will be free to download, but various add-ons costing $1-50 will also be sold. (No word on how necessary those add-ons might be.)

“This is a game where you basically get to recreate the Futurama universe,” said David X. Cohen, who pitched the original show to Fox with Matt Groening. “There are a few other games out there in this kind of category for other animated shows that people may know and love, but I think this is going a little more ambitious. It’s going to involve sending some of your characters on missions to other planets, and battling some of our favorite Futurama foes, and things like that. So they’ve taken that sort of format, where you’re god of Futurama, and added even some additional adventure and story elements on top of it. So it is very ambitious.”

The original run of Futurama aired on Fox until it was cancelled in 2003. It returned on Comedy Central in 2009, until it was cancelled again in 2013. The series follows the adventures of Fry, a pizza delivery boy from 1999, who is accidentally cryogenically frozen and wakes up in the year 3000. Once there, he again works as a delivery boy, but for an interplanetary crew.

(Via USA Today; image via Fox)