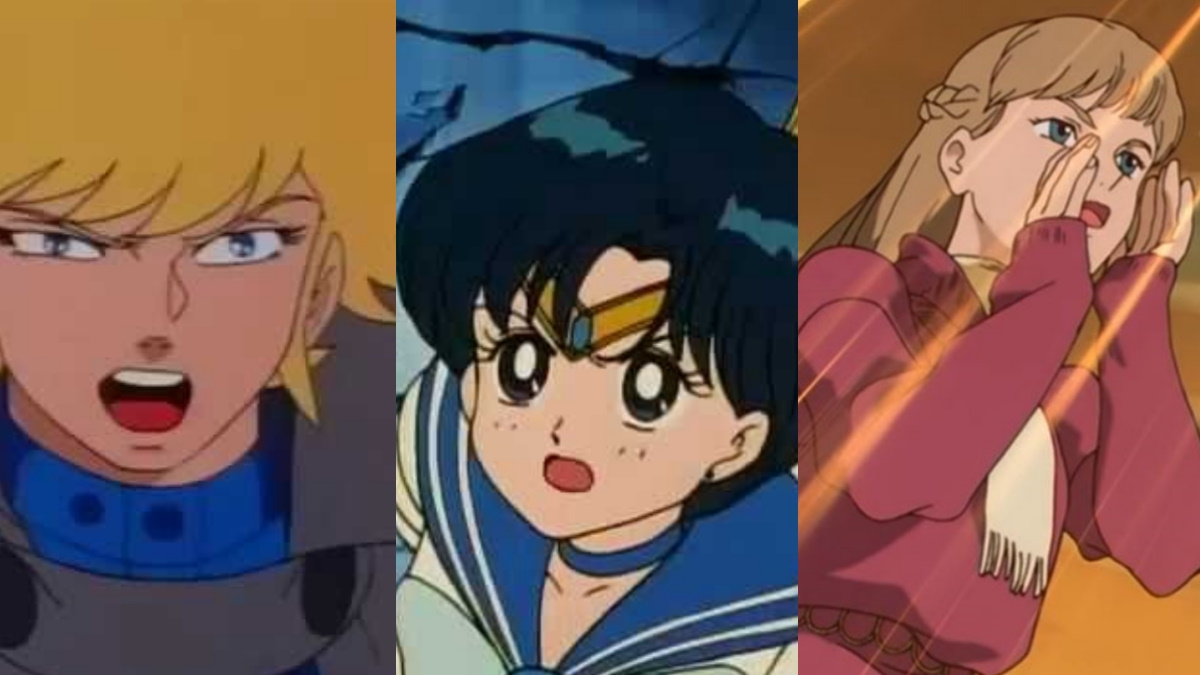 I’m not sure if writer Charles Jensen expected his tweet about memorable line deliveries to take off the way it did, but I absolutely spent Saturday morning in bed with my wife scrolling through the responses and clicking on my favorites.

While there are several responses that highlight some lines of dialogue that carry a lot of emotional weight, the thread has become a collection of wonderfully comedic moments.

i love how innocently Bart says it and when combined with Dolph’s reaction it’s just perfect pic.twitter.com/WKLYtOknK2

those crazy contraptions can’t create the kind of classic catastrophe one can cause by cleverly concealing a calamitous crater https://t.co/tZ4Ceaoz6W pic.twitter.com/4GXAz8MCoC

Anime Twitter always understands the assignment. How can it not, when there are series like Zombie Land Saga?

this is like a hot knife into my funny bone every single time https://t.co/HQ2tIhKpbm pic.twitter.com/TotCkh6TfU

Anime Twitter also has series like Ghost Stories, which has a kind of infamous reputation because everyone was pretty much allowed to do whatever they wanted with the dub. The series flopped in Japan, so when the opportunity to dub it came up, the studio was given free rein as long as they kept character names intact, didn’t change how a ghost was killed, and didn’t change the meaning of the episode.

The way not A SINGLE one of you motherfuckers talked about Ghost Stories dubbed is insanity https://t.co/LFq1TrezPz pic.twitter.com/jBwdTp79oZ

Yes, Anime Twitter is always ready to remind you that dubbed anime has some of the best lines of all time.

As to be expected, a lot of the anime line hilarity is from what I like to think of as the before times (not all of it, but a lot of it). The before times are back when I was first getting into anime, back when it was still trying to find a place in our media, back when it ranged from “my parents would burn all my VHS tapes if they saw this” to “let’s just call this a doughnut because we don’t wanna confuse the kids” or whatever.

Those clips are, in hindsight, pretty fun to watch these days, mostly because they feel like an attempt at making anime palatable for our parents because having your character die and go to hell would be too frightening so, um, Home For Infinite Losers?

And with that Kidz Bop mentality in place, we got some real gems.

There are, however, a few clips that are just baffling to watch. These are the kinds of moments that make you go, “Did you remove some of the scenes?” or “Was anyone giving the voice actors any kind of direction?” Don’t get me wrong; you end up laughing so hard that you can feel tears dotting your eyelashes, but while I can kinda understand someone having Sailor Mercury tell a villain to “bleach his roots” because “total ’90s insult, lol” I can’t quite explain this:

Do yourself a favor and watch this compilation video here. The Devilman dub is truly a “WHY GOD” masterpiece of our generation.

While anime has certainly come a long way from Ryo’s extremely relatable mood of “I don’t give a shit,” back in the day, this was the kind of work fans would point to when bemoaning a dub release (and, yes, the 4Kids stuff, too), especially when they were able to see what the source material was supposed to look like (thank you, internet).

We often talk about the censorship that happened, back when queer couples were labeled as “cousins” and episodes would be arranged out of order or removed entirely. But along with that came dubs that were, well, like Devilman here, which has since become a sort of time capsule to what watching anime used to be like before the localization quality got better.

Now we’re laughing because it actually is funny.

idk if someone has put this yet but this. lives in my head. everyday. https://t.co/4iI5SrSCD6 pic.twitter.com/Ejgk02kNdw

Of course, it’s not just anime that has been immortalized for having some unintentionally hilarious line reads. Anime probably is more known for it, but video games definitely got a raw deal back in the day, too.

What are some of your favorite anime line deliveries? Here are some of mine (that haven’t already been shared). Nothing serious—I’m keeping it light, because it’s Monday and that’s where my head is.

For a classic dub choice, here is a compilation of the times they scrambled to say “cousins” in Sailor Moon.

For a recent one from this year, here is the totally necessary pause between “my love” and “skateboarding” in SK8 the Infinity.

Once upon a time, in My Hero Academia, Deku was a tiny boy who figured that he’d “just die” when he tripped over his own feet.

I am RIGHT OVER HERE so come and KILL MEEEEE! Thank you, Gundam Wing.