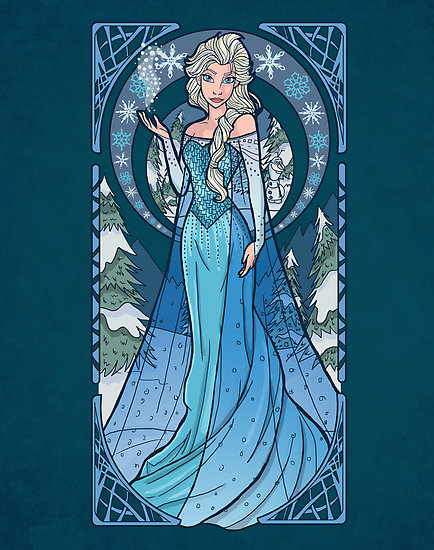 Thanks to Miss-Lys for adding Frozen‘s sister heroines to the list of fictional characters who’ve gotten their nouveau on. Anna is behind the cut, as is Princess Mononoke. Shush. I know it’s not the same movie. They’d get along. 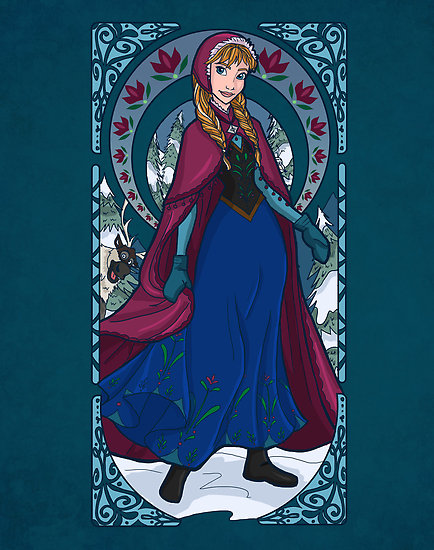 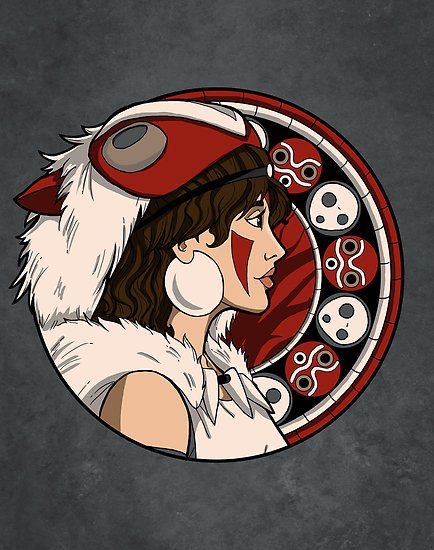