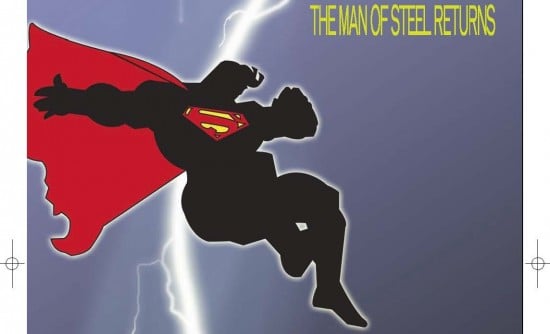 DC’s The Source blog has lately been showcasing some variant covers for upcoming comics, all in celebration of the company’s 75th anniversary.  So, when a redone and recolored cover of the famous first issue cover for Green Lantern/Green Arrow, with the titular characters now Red Lantern and Red Arrow was offered completely without comment, most people assumed it was just another variant. Last night, The Source revealed that the cover was actually one of a series, created for the season finale of the sci-fi show Fringe.

The covers each represent a direction that the DC editorial staff might have taken in an alternate universe; a sort of opposite day revamp of a famous story.  Above, case in point: Superman: The Man of Steel Returns.  Doesn’t quite have the same ring to it as Dark Knight Returns, does it?

We’ve got all the covers below, side-by-side with their alternate counterparts.

All the alternate covers can be found in high resolutions at DC’s The Source.