Physics Says: You Will Slow Down in a Vacuum 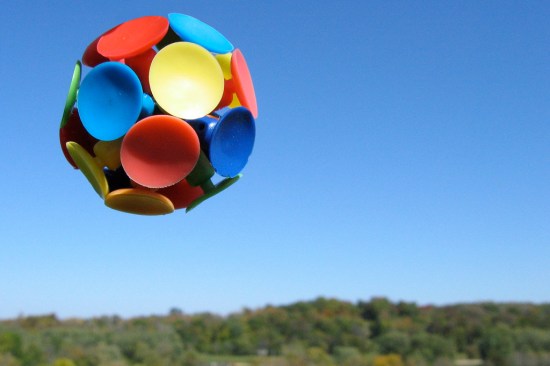 Conventional physics holds that in a perfect vacuum, a spinning object would never slow down since there is nothing else to act on it. But this may not be true, according to a new study by Alejandro Manjavacas and F. Javier García de Abajo and recently covered by The New Scientist. So, it starts out innocently enough with a statement like “it turns out that in a total vacuum objects will eventually slow down!” If all you want out of life is very simplistic understanding of modern science, then walk away now, because this discovery is about to board the crazy train called quantum mechanics.

In quantum mechanics, the uncertainty principle says we can never be sure that an apparent vacuum is truly empty. Instead, space is fizzing with photons that are constantly popping into and out of existence before they can be measured directly. Even though they appear only fleetingly, these “virtual” photons exert the same electromagnetic forces on the objects they encounter as normal photons do.

That pop you just heard may have been the sounds of several minds being blown at once. But if you can accept the idea that because of the uncertainty principal — that you can never know both the speed position of a particle a the quantum level — little fake photons (the particles that make up light and do all sorts of crazy nonsense) can exert force on other objects then you are good to go. Really. The rest may be crazy, but that’s the biggest hurdle.

Still with us? Good.

Just as a head-on collision packs a bigger punch than a tap between two cars one behind the other, a virtual photon hitting an object in the direction opposite to its spin collides with greater force than if it hits in the same direction.

See? Easy. The fake photons smack into the object and because they are moving super fast (like, the speed of light) then they exert force on the object, eventually slowing it down. But wait, we’re not through. It turns out there’s some limitations to this. If, for instance, the object in the vacuum is made of a material that doesn’t readily absorb electromagnetic energy, like gold, then the force of colliding fake photons is reduced.

Temperature may be the greatest limiting factor, however. Apparently fewer fake photons appear in colder environments, greatly diminishing the chance of collisions.

At 700 °C, an average temperature for hot areas of the universe, that same speed decrease would take only 90 days. In the cold of interstellar space, it would take 2.7 million years.

And now, dear friends, you have a slightly more nuanced understanding of how objects behave in a perfect vacuum. It goes on to talk about how this might have huge implications for the question of whether or not “quantum information” can ever be destroyed, and how through the use of high-powered lasers these findings may be testable in the very near future. But that, friends, is a tale for another time.