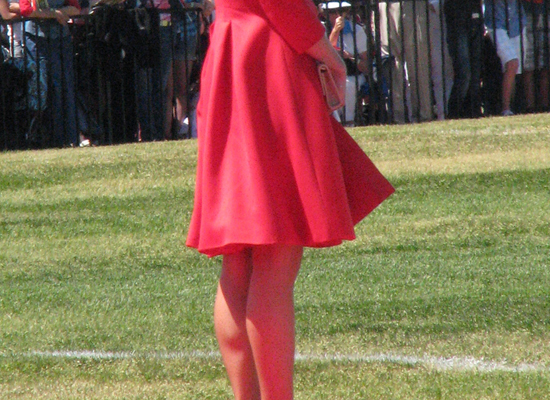 By now, you’ve surely heard about the Kate Middleton topless scandal. Basically, some paparazzi managed to snap a few pictures of the lady relaxing on a terrace with it all hanging loose and then sold those photos to a French tabloid called Closer. Said tabloid was then sued, and a French court has ruled that they must pay a hefty fine of €10,000 — which comes to about $13,000 — each time they’re republished. Oh, and they also have to turn over the “original” photos or face even more fines. Yeeeeeah.

For each day the magazine fails to turn the photos over, the fine goes up by another €10,000. Middleton will also get about €2,000 for expenses, but it’s really the fact that the court wants the original photos that’s silly. They were almost certainly obtained digitally, which means they’re just a file on some computer somewhere. Also, it’s on the Internet, people. There’s no stopping it now.

Techdirt muses on the decision and makes some excellent points:

Perhaps the judge (Judge Jean-Michel Hayat) spent the past few days enjoying some fine film noir, watching negatives go up in smoke in starkly lit ashtrays as the music rose and screen went soft focus momentarily as things, indeed, appeared to be working out for the troubled heroine. This explanation is as good as any for an order that completely ignores the reality of the situation. The picture is out there [indicates everywhere, but especially the internet] and no amount of fines or orders to produce the “originals” (on what? an SD card?) is putting those breasts back under proper British clothing.

(Bloomberg via Techdirt, image via Rukia13)