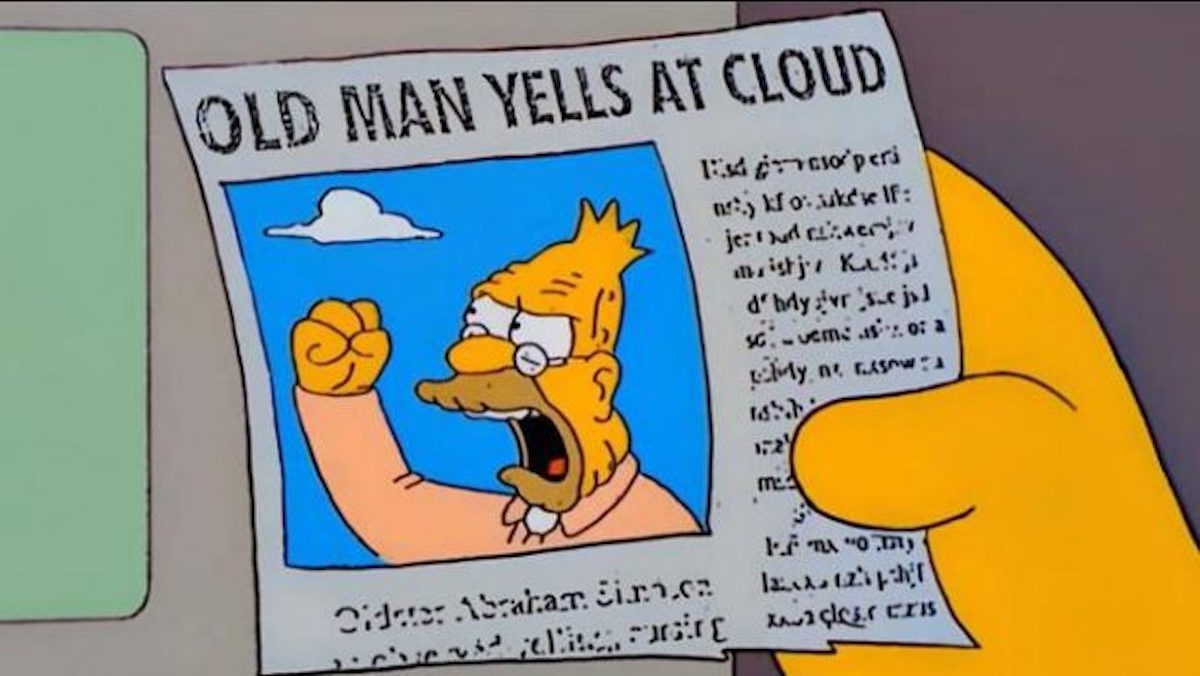 Director Francis Ford Coppola did not receive the memo that most of us are exhausted at the increasingly common practice of those who consider themselves vaunted auteurs taking potshots at superhero movies, especially Marvel’s. Coming to the support of Martin Scorsese’s recent comments, Coppola went further.

Per Yahoo News, Coppola, purveyor of Coppola’s fine wines, “jumped into the controversy” surrounding fellow multi-millionaire Martin Scorsese and multi-billionaire Marvel Studios and oh, god, I’m so tired, can we not rest? Speaking to reporters in Lyon, France, The Godfather and Apocalypse Now director Coppola did his best impression of an old man yelling at a cloud:

“I don’t know that anyone gets anything out of seeing the same movie over and over again,” the 80-year-old filmmaker said.

“Martin was kind when he said it’s not cinema. He didn’t say it’s despicable, which I just say it is.”

Not content with Scorsese’s line that Marvel wasn’t “cinema,” which received a lot of pushback from fans and MCU and comic book creatives, Sofia’s dad doubled down with calling such superheroic popcorn fare “despicable.”

Through the haze of my own utter fatigue with this movie snobbery squabbling, all I could wish is that it was not being escalated. This is the sort of war of words that has no resolution or end in sight, because people like what they like, and some people like Captain America and some people like The Godfather Part II and many of us like both things! Also, the man who directed Bram Stoker’s Dracula really shouldn’t be talking crap about supernaturally-powered over-the-top films.

While I have no doubt that directors like Scorsese and Coppola truly do disdain MCU movies, I also think their commentary is largely the product of a generational divide. Scorsese is 76 and Coppola is 80, and the genre of nonstop action and explosions while 300 heroes fight one giant purple man and his magic glove was not made for them in mind.

Coppola felt the need to malign Marvel/superhero movies while also discussing his upcoming film Megalopolis, “a film about a utopia, a project he has nurtured for two decades.” It sure must be nice to be able to work on a project for twenty years without any sense of urgency! But the younger generation needs to eat. At least superhero movies have a unique and often inspiring story to tell. In an era of seemingly endless reboots and remakes, cowled crusaders for good can hardly be the scourge on culture these men are imagining.

As a person who generally loves superhero movies, I think that we can agree that some of them aren’t great, and some of them are astonishingly good. Like any sort of cinema, including those made by arthouse auteurs, there are excellent films, and there are duds. But in recent years, as both Marvel Studios and DC/Warner Bros. have brought on a diversified roster of talented writers, directors, and stars, the movies just keep getting better and better.

To call these films “despicable” is to leave a strange taste in the mouths of those of us whose lives have become tangled up in our pro-superhero-movie identity. When I’m excitedly running to join friends on opening night of an MCU movie we’ve anticipated for months, if not years, I certainly do not feel despicable. It’s strange that long-standing masters like Coppola and Scorsese would turn their noses up at the new phenomenon in films, rather than trying to understand it—or, if they think they can, improve on the genre.