It's not going well. 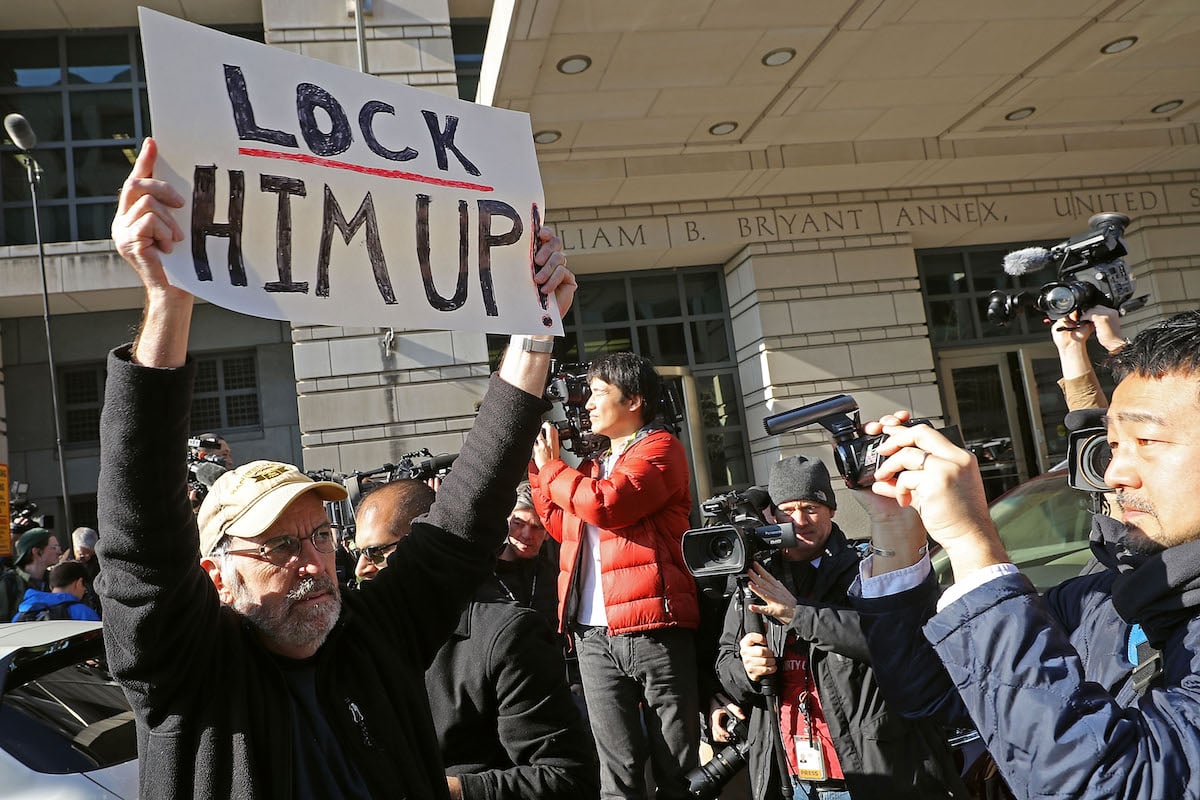 Donald Trump’s former national security adviser Michael Flynn appeared in court today for sentencing after pleading guilty last year to lying to the FBI regarding conversations he had with Russian officials. Yet despite his guilty plea, and his many subsequent reiterations that he is, in fact, guilty, Fox News, as well as the White House, insist on defending him against his own words.

Mike Flynn keeps swearing on a Bible that he did crimes and conservative media keeps insisting that he didn’t. Just incredible https://t.co/6WVUmAgvkf

As General Flynn was preparing to go into court this morning, Trump tweeted him a message of good luck.

It’s the United States of America versus a convicted felon, and the President is wishing good luck in court to the felon. https://t.co/UM4zbg4PRU

Trump’s comment about seeing what Flynn has to say is being interpreted by many as an attempt to tamper with yet another witness in Robert Mueller’s investigation. Trump must be especially worried because Flynn was apparently so cooperative with Mueller’s team that the special counsel recommended a sentence so light it might not even require prison time.

In court today, Judge Emmet Sullivan gave Flynn chance after chance to revise his plea, or to offer some sort of context to why he would lie to the FBI–was he confused? Ambushed? Entrapped? He repeatedly said no. He’s just plain guilty.

Judge Sullivan asks Flynn if he wished to challenge the circumstances by which he was interviewed by the FBI. “No, your honor.”

Judge Sullivan is making sure it’s abundantly clear that Michael Flynn is pleading guilty because he’s guilty. That he lied to the FBI, that he knew it was wrong to lie to the FBI.

Does he want to postpone? No. Wanna chat with your lawyers in another room? No.

And yet, over at Fox News, they seem to be working overtime to protect Flynn from, I suppose, himself.

“I think to say that, as Flynn did, that he was not entrapped – means that he doesn’t believe that he has a legal entrapment defense.” pic.twitter.com/rShojEPsa4

Every single person on Fox News: FLYNN WAS ENTRAPPED, THIS IS AN OUTRAGE! I AM YELLING!

He reportedly lied to the FBI on what was his fourth day on the job, after Trump was elected but before he took office. Some people might take that as a sign that corruption was built into the administration as a fundamental tenet of the campaign. Fox, on the other hand, is trying to say that Flynn–who worked for two years in the Obama White House–just hadn’t gotten the hang of the job yet.

Fox is excusing Flynn’s lying to the FBI because he was ‘trying to figure out his new life’ as part of the White House administration, and it was ‘chaos’

This guy was supposed to be in charge of our National Security, and their excuse is a little transition chaos confused him!? pic.twitter.com/6Aqzx0uz8P

Over at the White House, Sarah Huckabee Sanders was also trying to sell the press on the idea that Michael Flynn was tricked by those meanies at the FBI.

Sarah Sanders said on Fox this morning that Flynn was “ambushed” by the agents who conducted his interview. https://t.co/dmyxq29pEM

Quick question for Michael Flynn, were you tricked by those FBI meanies or are you just guilty?

Judge Sullivan giving Flynn one final shot to withdraw his guilty plea. Judge asks if he wants to proceed.

Are you sure you don’t want to go with Rudy Giuliani’s nobody told me not to lie so how could I have known defense?

NEWS: Michael Flynn just deflated Trump’s contention that he was duped into lying to FBI. “I was aware” that lying to FBI investigators was a crime when he did so over interactions with Russians, Flynn tells judge

“I do not” seek to withdraw the plea, Flynn tells the judge.

Cool, that’s what we thought.

Huckabee Sanders also defended Trump’s decision to call Michael Cohen a “rat,” by which he was implying that mob-like loyalty is more important than honesty or country.

Sarah Sanders said on Fox this morning that Flynn was “ambushed” by the agents who conducted his interview. https://t.co/dmyxq29pEM

Judge Sullivan lambasted Flynn for having “sold [his] country out,” telling him “I’m not hiding my disgust, my disdain for this criminal offense.” He even went so far as to imply Flynn might be guilty of treason, though he later (rightly) walked that suggestion back.

Still, in the end, he decided to postpone sentencing until March of 2019 so that both sides can file a report and to give Flynn a chance to work out “the last modicum of cooperation” in the case. Which I suppose means we have three more months of Trump’s Twitter meltdowns to look forward to.