Either way, it's hilarious. 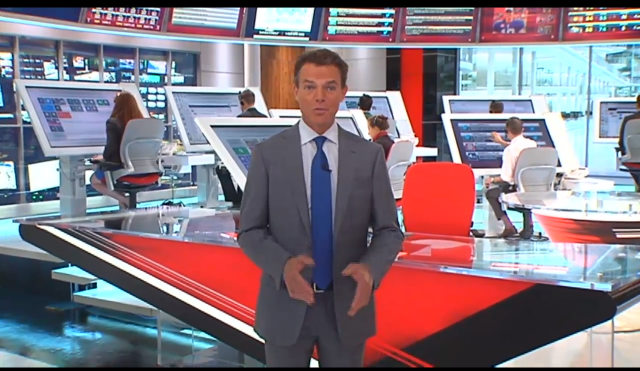 If you’re a regular viewer of Fox News, then are you in for a surreal treat! In a video tour for the channel, host Shephard Smith unveiling the fancy new newsroom for his 3pm program Shephard Smith Reporting, and it’s… well, it is indeed very fancy. So fancy it’s ridiculous, in fact.

In order to revolutionize news reporting for the “non-linear” crowd — namely the people like us who spend all their time getting information on social media — the Fox Newsdeck in New York now boasts about a dozen 55-inch touchscreen computers that run several fact-gathering apps, including Twitter and something that looks vaguely like Windows 8. There’s also an enormous 36 foot screen that Smith can manipulate using what basically amounts to a Wiimote. 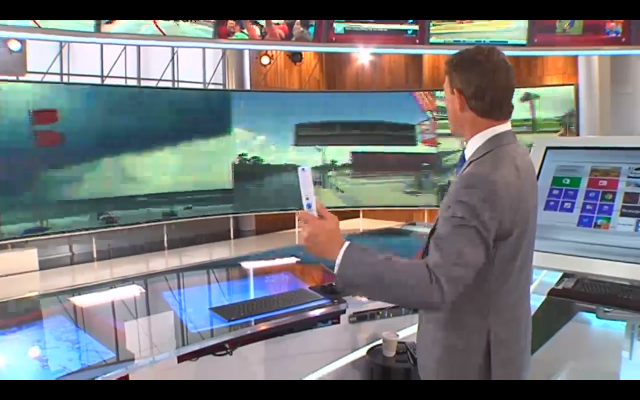 Okay, this is funny, right? Sure, it’s not CNN’s let’s-interview-a-fake-hologram-of-will.I.am-about-the-election funny (not yet, anyway), but seriously, guys. Why do the touch screens need to be so big? You look like you’ve hired a group of the littlest Christmas elves to fact check for you.

Don’t take our word for it, of course — check out the video for yourself.

You never know, this very well could become the future of the way that broadcast news is verified and reported. But until then, it’s gonna be really weird to look at.

(The Verge via Mediaite)