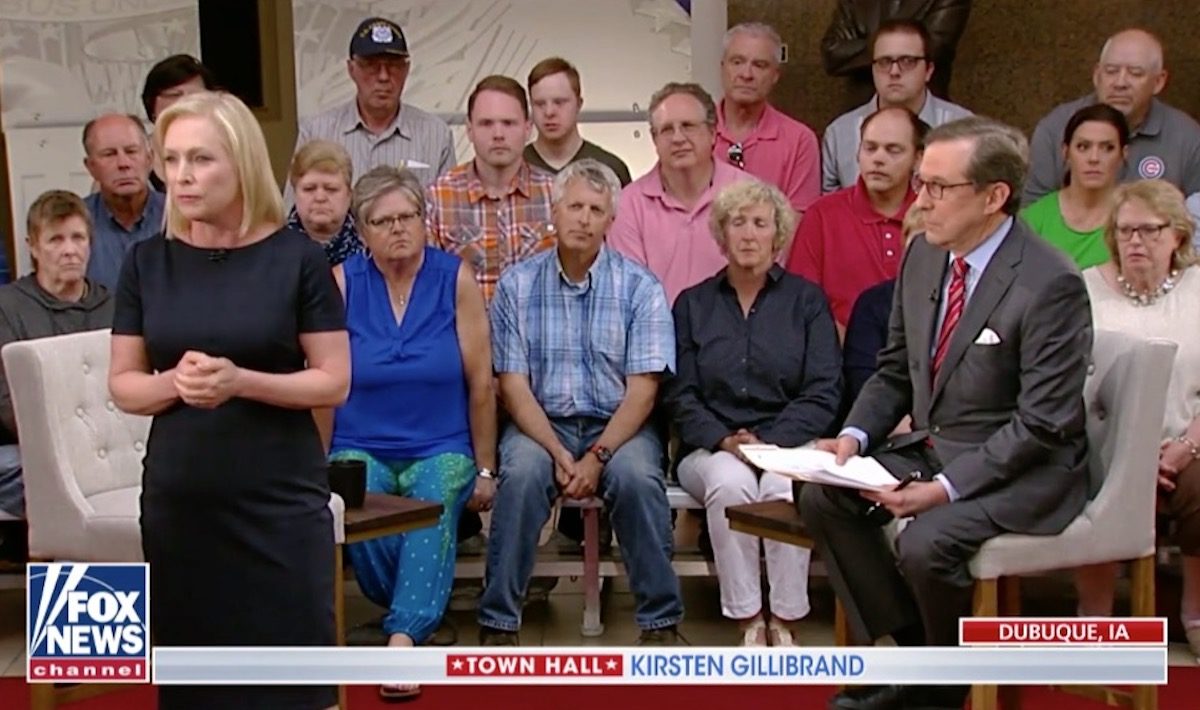 When Bernie Sanders appeared on Fox News for a town hall event, it sparked a debate as to whether that was a smart move on the part of 2020 Democratic hopefuls. Is it a way to reach undecided Independent voters or does it lend legitimacy to what Elizabeth Warren has since called “a hate-for-profit racket”? That debate did not turn out to be as evenly split as one might have expected. After Bernie’s appearance, Amy Klobuchar, Pete Buttigieg, and Kirsten Gillibrand followed suit. Julián Castro scheduled to appear later this week and Bill de Blasio has reportedly approached the network. Others, like Beto O’Rourke and Eric Swalwell, have expressed interest in Fox town halls.

So far (as far as I can tell), Warren is the only Democratic presidential candidate to explicitly disavow the idea. And, as usual, Warren is 100% right.

The New York Times now has an article out, calling Fox News a “Democratic power player.” Fox’s attempts to gain political legitimacy–to gain ostensible evidence that they are a valid political news outlet and not mere producers of propaganda–is working.

I can’t get over this. Warren declined a Fox town hall because the format is gold for Fox with advertisers. Others chose differently. Now Fox has a NYT piece on how *Dems* are competing in a Fox primary, to send to their advertisers. We should be ashamed. https://t.co/JbzzvpX7gZ

There is, of course, still the argument that by appearing on the network, it gives Democrats the opportunity to criticize their practices directly. Sanders did this very tepidly, and Buttigieg denounced Tucker Carlson and Laura Ingraham. Over the weekend, Gillibrand also did so, prompting host Chris Wallace to tell her it wasn’t “very polite” to criticize the network “that brought you here,” to which she replied that she would “do it in a polite way” before continuing to condemn the practice of calling abortion “infanticide.”

As the Times notes, many of the issues Gillibrand talked about–like abortion, gender identity and intersectionality–are “the sort of issue that is not usually seriously discussed on Fox News. (‘I’m getting an education tonight,’ Mr. Wallace said, dryly.) The exchange neatly captured an argument made by some Democratic campaigns, that the town halls bring fresh perspectives to Fox viewers.”

But Gillibrand’s communications director also made the argument that “Whether or not you participate in these town halls doesn’t stop Fox News from existing” and while that may technically be true, it completely ignores the hefty favor she and the other candidates are doing for a network that desperately needs the illusion of being “fair and balanced” to balance out not just their most bigoted faces–the Tuckers and the Ingrahams–but also their every day, run-of-the-mill racist and sexist propaganda. Sure, the network will still exist but those extreme programs have been hemorrhaging advertisers and Democratic town halls give the illusion of moving their center farther left–or, really, further toward reality, since Fox’s core issue isn’t even a left/right debate, but one of truth vs self-serving lies.

When appearing on The View recently, Warren said she was “not going to give them a full hour to help raise money and help get credibility.” There are plenty of other ways to reach those voters without helping out Fox news in the process.

And if you need any further proof that appearing on Fox News is a terrible idea, know that Bill Maher is for it. He told Rolling Stone he disagreed with Warren on this issue because, “You’ve already got NPR. Go on Fox … Go where the votes are … Get out of Woke-ville, for a day. See what’s going on in Mullet Town.”

This is ridiculously ignorant on so many levels. First of all, plenty of the candidates–especially Warren, who has been eschewing big donors in favor of grassroots events across the country–have already been doing that. But moreover, as my friend Dustin Rowles of Pajiba writes, “You want to reach out to marginalized groups? Let me tell you where you won’t find them: Goddamn Fox News.”

More than any other demographic, young people were behind Democrats’ big wins in the 2018 primaries. Women, POC, and those living in urban cities were also the groups that turned out in larger numbers than in previous years. Meaning Bill Maher is talking out of his butt, because “Woke-ville” is exactly where the votes are. Democrats shouldn’t ignore the concerns of Independent voters or even, in many cases, Republicans. But using Fox News to reach those voters only benefits the network itself.