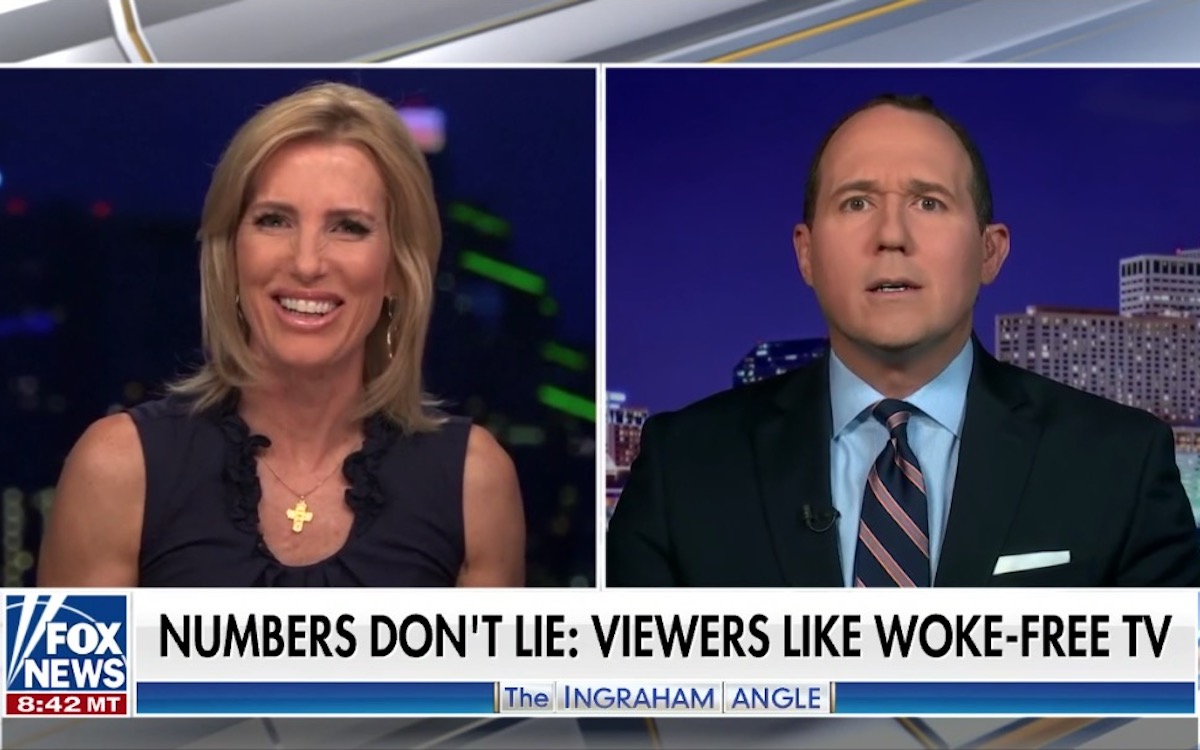 A recent episode of The Ingraham Angle on Fox News went even further off the rails than usual when host Laura Ingraham and contributor Richard Arroyo appeared to attempt a comedy routine on-air.

In a segment dedicated to decrying “woke TV,” Arroyo says he recently came across a plotline about measles on the show You.

“When did I mention measles?” Ingraham asks.

“What was on me?” Ingram shoots back, her face contorted to telegraph her confusion. “What are you talking about?!”

You get the picture. The two are recreating the classic Abbot and Costello “Who’s on First” routine, but poorly, centered on a years-tired dad joke about the title of the Netflix show.

The bit goes on for a full minute, with the two talking over each other and then stopping for long pauses. A lot of people seemed to think the exchange was genuine confusion and that’s understandable. You’d think a deliberate comedy bit would have better timing.

what in the hell pic.twitter.com/IPpwMJRMjv

Ingraham and Arroyo have done this exact thing before—attempting some elaborate comedy bit and then mocking the “humorless left” for not realizing it was a joke without realizing themselves that their poor comedy skill are more to blame than anything else.

the laura ingraham clip circulating is very obviously a poorly executed comedy bit. leave it to the professionals.

I suppose at the very least, this awful attempt at comedy gives them an out from having to try to provide any actual evidence to back up the absurd claim that, as their chyron states, “viewers like woke-free TV.” That statement, by the way, is based entirely on the high viewership ratings for the premiere of the new Kevin Costner show Yellowstone, something Arroyo attributes to it being “anti-woke” and not the fact that Kevin Costner is a gigantic star.