Is it weird that we kind of want to see it though? 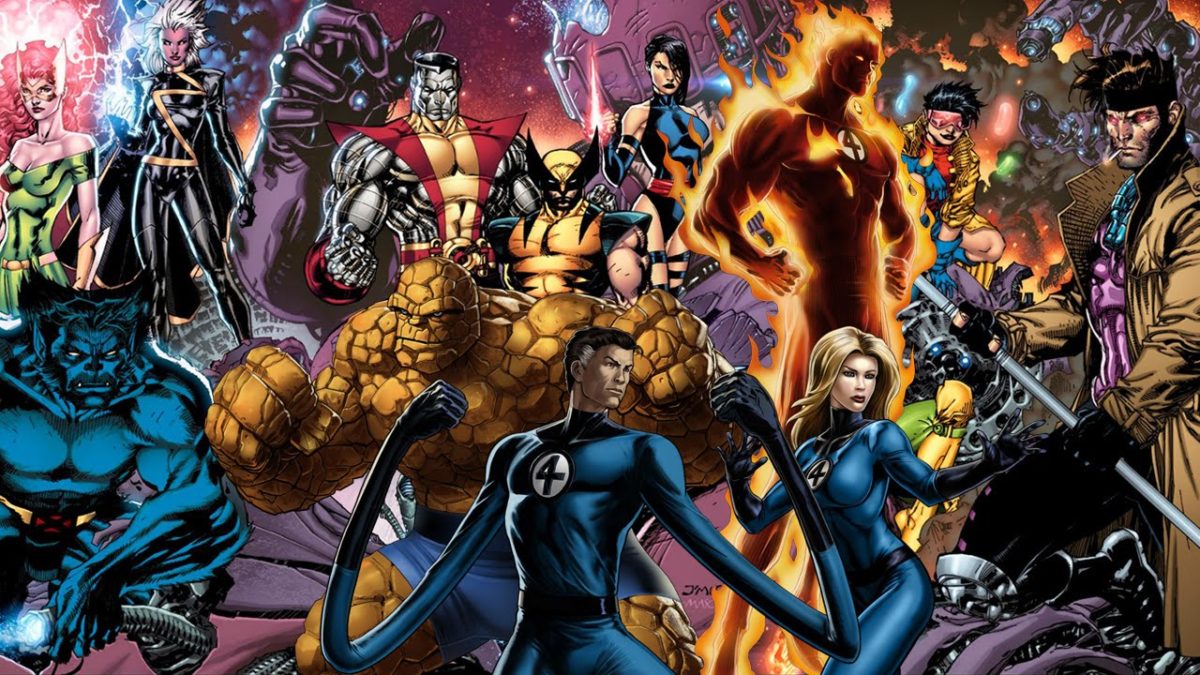 Hollywood is littered with scrapped ideas and dead projects that, for one reason or another, never came to fruition. One such project was a long-rumored crossover film from Fox featuring the X-Men and the Fantastic Four. This idea started percolating back in 2010, when the Marvel Cinematic Universe was just a twinkle in Kevin Feige’s eye.

20th Century Fox has grand plans for a film that not only pitted the F4 against the X-Men, but tossed in Deadpool and Daredevil as well. Zack Stenz, who wrote Thor and X-Men: First Class, discussed the project during an interview on Kevin Smith’s Fatman Beyond Podcast. Stentz described the project, saying:

“My ex-partner [Ashley Edward Miller] and I, when we were working at Fox and we were working on X-Men: First Class, we did a secret movie for them that, I can’t tell you what the plot was, but I can tell you that it used all of the characters, all of the Marvel characters that Fox had at the time in 2011. It used the X-Men. It used the Fantastic Four. It used Daredevil. It used Deadpool. Daredevil was still at Fox at the time. We almost had Paul Greengrass directing it which would’ve been so cool but he had another project to do instead. It didn’t end up going but it was a script I was really proud of and it would’ve been really good.”

The story featured Johnny Storm going nova to take out villain Molecule Man, which destroys part of Manhattan and leads to the Superhero Registration Act. The Civil War-style film would have pitted the superhero factions against one another, with the following violent plot developments:

“The heroes are split on opposing sides, and among the key matchups was a Wolverine vs. Mr. Fantastic battle that ended with Reed Richards pinning Wolverine down, extending his hands until they’re one molecule wide, and using them as scissors to cut the mutant’s arms off (!!!). Eventually the heroes make peace…leading to a post-credits scene that teases what’s next: A Skrull invasion.”

Reed Richards cutting off Wolverine’s arms?! That’s going to be a yikes from me. With its dark violent tone and the attachment of serious director Paul Greengrass (The Bourne Films, Captain Phillips), it’s unclear who the audience for this film would have been. It’s a jarring tonal shift, especially when you consider that both the X-Men and Fantastic Four films were PG-13.

It is interesting however, that Fox’s planned crossover not only covers the Superhero Registration Act, but the Skrull invasion, which takes center stage in Captain Marvel. Fox also commissioned a separate X-Men/F4 crossover film from comics legend Warren Ellis, but plot details of that adaptation are unknown.

In the end, Fox decided to put the kibosh on the crossover in favor of spinning off X-Men: First Class into a series of sequels. The studio tried to reboot The Fantastic Four in Josh Trank’s 2015 film, which flopped both critically and commercially. Now that the Disney Fox merger is complete, many fans are wondering how and when the MCU will integrate characters from the X-Men, the Fantastic Four, and Deadpool into future phases. We’ll have to wait and see how Marvel consolidates their already incredibly deep bench of characters in the future.