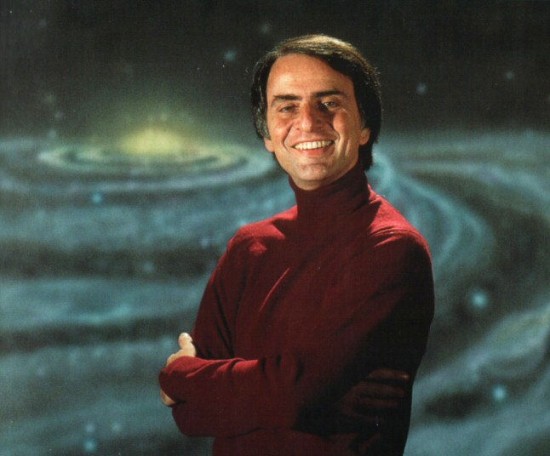 Fox has given the greenlight for a reboot of Carl Sagan’s iconic TV series Cosmos, to be hosted by famous and well-respected astrophysicist Neil deGrasse Tyson. The show will be produced by none other than Seth MacFarlane. Yes, Seth MacFarlane, the creator of Family Guy will be the mind behind a 13-part docu-series to air in primetime as a successor to Sagan’s original Emmy and Peabody Award winning series.

For Cosmos: A Space-Time Odyssey, MacFarlane will be working with Sagan’s original collaborators from the Cosmos: A Personal Voyage series that ran on PBS in 1980. These collaborators include Sagan’s widow writer and producer Ann Druyan, and astrophysicist Steven Soter. The National Geographic Channel will co-produce Cosmos and will air a same-night encore of the episodes after they air on Fox. The program is expected to air in 2013, which is around the same time that Fox plans to launch MacFarlane’s take on the Hanna-Barbera classic, The Flintstones.

The Cosmos project is not a part of MacFarlane’s overall deal with 20th Century Fox Television. In a statement, MacFarlane said:

“Never more than at this moment in the modern era have we needed a profound reminder of the colossally important and exciting role that science, space exploration and the human quest for knowledge must continue to play in our development as a species.”

MacFarlane met Druyan a few years ago, and she brought him in on the idea of doing a new Cosmos series. MacFarlane took the idea to Fox where he already has three shows. After negotiations, Fox cleared the project to move forward with production.

“Carl believed that science belongs to all of us. He wanted to convey the thrill of its cosmic perspective to the widest possible audience. I wish I could tell Carl what Seth’s leadership on this new Cosmos has made possible. Besides, I know how much they would have liked each other.”

Say what you will about Fox (and people tend to say a whole lot), they have come out with some pretty successful shows for primetime in recent years, Bones and House, among others, spring to mind. With this kind of track record, it is pretty exciting that the network will be brining new life to a series like Cosmos. At the very least, it’s great to see science getting a front row seat on television.

Sagan’s original Cosmos was one of the most successful American public television series of all time, watched by an estimated 700 million viewers around the world. It is daunting to take on a sequel to such a beloved series, but here’s to hoping MacFarlane (and Fox) are up to the task.

(via Deadline Hollywood, photo via zmescience.com)