Forest Whitaker Will Reprise the Role of Saw Gerrera, in Animated Form, On Star Wars Rebels 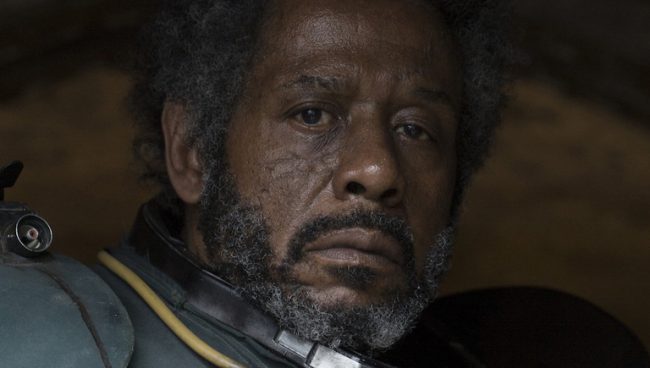 Rogue One just introduced us to Forest Whitaker as Saw Gerrera, but we’ve already met Saw Gerrera before–in the Clone Wars cartoons, a few years ago. Now, the Star Wars Rebels cartoons are going to be bridging the timeline gap between Clone Wars and Rogue One, telling us about what happened to Saw Gerrera in the two years before the events of the new movie.

Even more excitingly, Rebels executive producer Dave Filoni has just confirmed to EW that Forest Whitaker will be reprising the role for Star Wars Rebels and voicing the character on the show in some upcoming episodes. Filoni explained that Whitaker was already quite familiar with his character’s previous appearance in Clone Wars:

“Forest really wanted to know a lot about the character. He watched The Clone Wars episodes with his character and I had some detail for him about things George [Lucas] and I discussed. It gave him more time to develop the character as far as, ‘How did he get there?’”

Based on that, it sounds like Whitaker already knows more than we do about what, exactly, happened to Saw Gerrera between Clone Wars and Rogue One. EW also provided this sneak peek at the character’s upcoming appearance on Rebels:

As you can see from the clip, this version of Saw is a cross between the young, bright-eyed fighter we met in Clone Wars, and the grizzled older man we saw in Rogue One. In Filoni’s words,

“He’s not quite as beat up as you see him [in Rogue One]. I never wanted to go into a lengthy thing about this is how Saw lost his foot. It’s more about his philosophy and who he is and what he thinks about the Rebellion — and how they go about resisting the Empire.

“Saw really has this feeling that there are things at work, and if [the Rebels] don’t get active, there’ll be no stopping it. There’s only a thread of hope at that point.”

Sounds like Saw’s physical wounds won’t be a focus of the storyline–but his change in attitude will be. It’ll definitely be interesting to see how he became the person that we met in Rogue One! The new episodes will be coming our way this January 7, 2017.

(via Variety, image via StarWars.com)