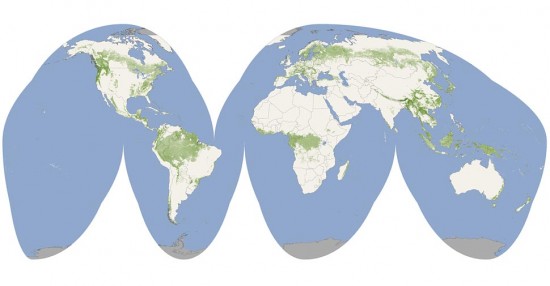 NASA has used three laser-equipped satellites to create a map that shows the heights of forests worldwide as has never been done before. Forest heights have been mapped previously, but this map, which consists of data from 250 million measurements taken over the course of seven years, uses LIDAR technology to give us a unified, worldwide picture of Earth’s forests using a common methodology.

NASA: “The new map shows the world’s tallest forests clustered in the Pacific Northwest of North America and portions of Southeast Asia, while shorter forests are found in broad swaths across northern Canada and Eurasia. The map depicts average height over 5 square kilometers (1.9 square miles) regions), not the maximum heights that any one tree or small patch of trees might attain.”

Forest heights in the United States, Europe, and Southeast Asia below: 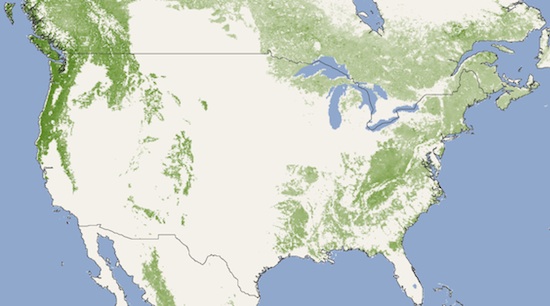 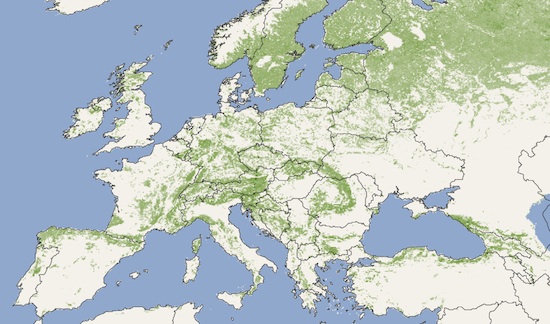 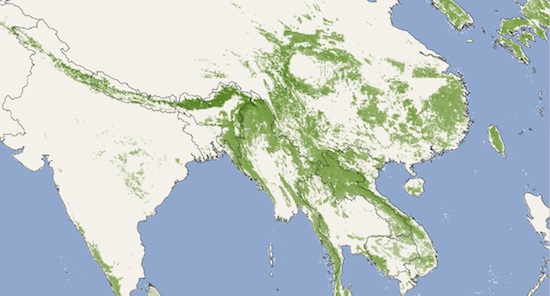 Check out the full-sized, high-resolution map and read more about the methodology used to make it at NASA’s website.