If You Think Rey and Finn’s Relationship Is Adorable, You Might* Owe It to Harrison Ford’s Leg Injury

*Unless you're Harrison Ford, probably. 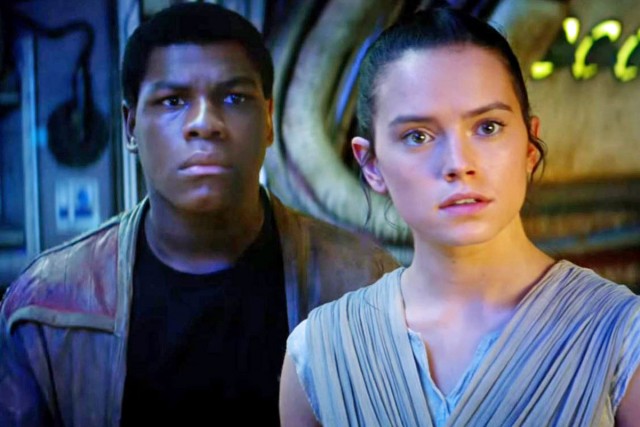 Star Wars: The Force Awakens was a massive success any way you look at it, but apparently, one of the central relationships in the movie wasn’t always what we’ve come to know and love. Then, Harrison Ford’s leg got crushed in a set accident aboard the Millennium Falcon, there was time for some rewrites, and the rest is history best explained in yellow scrolling text.

At least, that’s how director J.J. Abrams tells it according to io9. To me, most of the movie’s missteps were in how it handled the backstory of what happened between the original trilogy and The Force Awakens, whereas the new cast and budding character relationships wound up being the strong point. However, Abrams says that until they got their little break from filming at Ford’s expense, things just weren’t quite right between Finn and Rey.

At the Tribeca Film Festival, io9 reports that Abrams said simply of the new characters’ scenes together, “It didn’t work at all. It was much more contentious. I didn’t direct it right.” (Bonus points for a director who takes personal blame when characters just aren’t working right instead of insisting it’s everyone else who’s wrong—not naming any names.) He went on to explain that, during the hiatus while waiting for Ford, he rewrote a large portion of their relationship and reshot everything in the faulty scenes.

We’ll likely never know what the Rey/Finn dynamic would’ve been like without the rewrites and reshoots, but the fact that it’s hard to imagine the two not being awesome together is proof enough that whatever Abrams reworked in those intervening weeks, it was worth it. Again, unless you’re Harrison Ford, who might not agree.