Watch This Incredible Video of Fog Rolling Into San Francisco 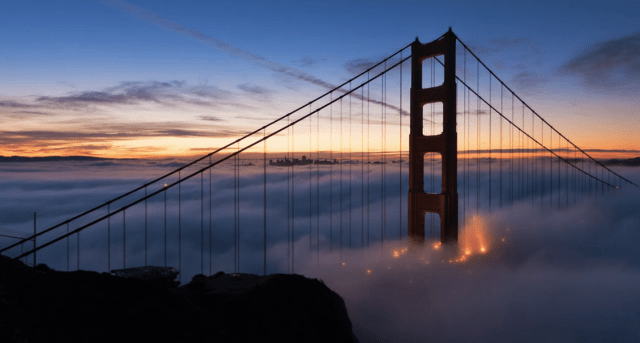 If you just spent a half hour on the packed, humid subway train, full of people with coffee breath who smell faintly like wet dog, then this video is just what you need to restart your morning. Photographer Simon Christen spent over two years filming the fog rolling over San Francisco at dawn, and calls his completed work a “love letter” to his favorite natural  phenomenon. It’s pretty beautiful, guys.

So how did Christen get this incredible footage, aside from obsessively checking weather conditions and various webcams at ungodly hours of the morning? Through science! Well, okay, technically through nature, but we can explain it through science.

So now that you understand this particular curiosity, watch the video: