Go ahead, guess who they voted for! 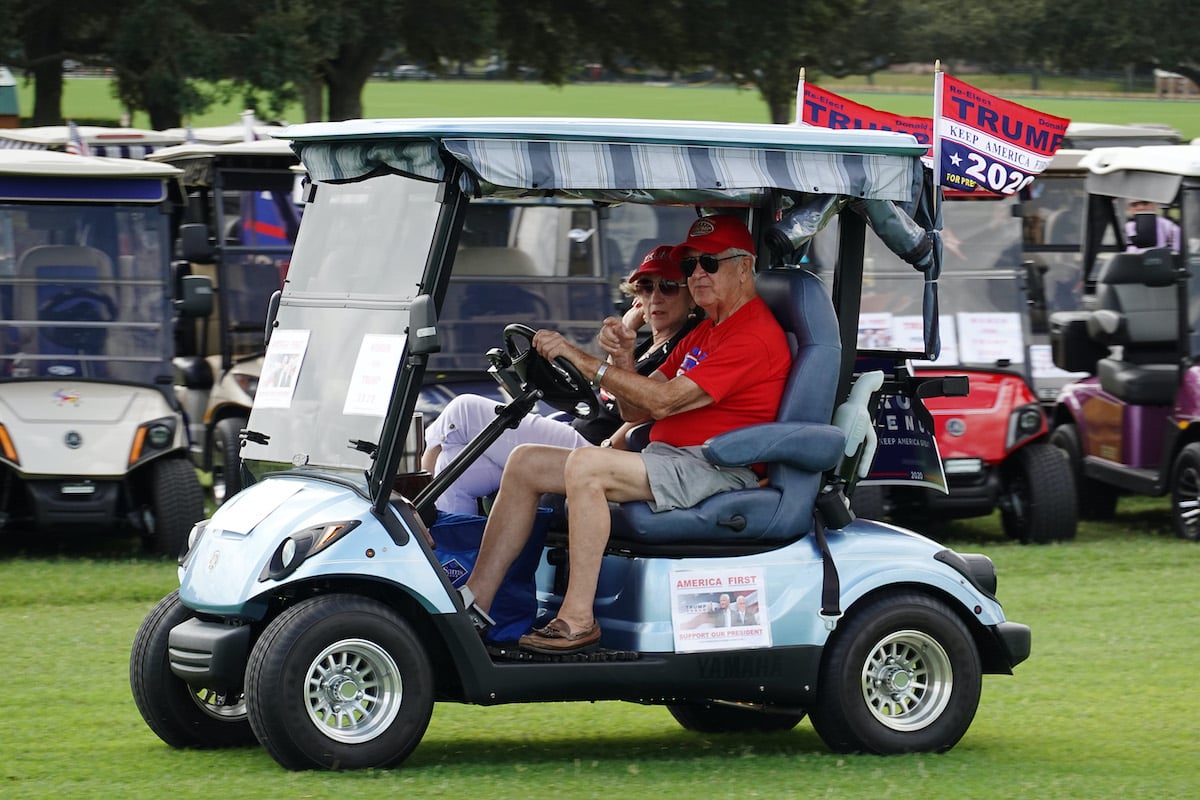 Three residents of the Florida retirement community/overwhelmingly conservative hub “The Villages” have been charged with casting multiple ballots in the 2020 election.

Leading up to the election and in the year-plus since, Republicans and conservative media figures have repeatedly claimed that Democrats were using mail-in voting to “rig” the election. They insisted voting by mail was a system rife with fraud.

In reality, mail-in voting is about as secure as in-person voting and there are major safeguards in place to catch instances of identity fraud or double-voting. Those sorts of frauds are rare—the much more common problem is seeing legitimate ballots thrown out, which happens disproportionately to voters of color—and when they do happen, they tend to be caught, thanks to those aforementioned safeguards.

And that’s how we know that Jay Ketcik, 63, Joan Halstead, 71, and John Rider, 61 all allegedly cast more than one ballot in 2020, a crime that carries a penalty of up to five years in prison, as well as something Trump actively encouraged his supporters to do.

VOTER FRAUD HAS BEEN DISCOVERED IN FL! Three Trump supporting Republicans from the MAGA Capitol of FL – The Villages – have just been arrested and charged with voting more than once in the 2020 election. pic.twitter.com/AgDzYdqXlP

“Ketcik allegedly voted by mail in Florida while also casting an absentee ballot in Michigan; Halstead is accused of voting in-person in Florida and as an absentee in New York; and Rider allegedly voted in Florida and an unspecified out-of-state location,” writes the Daily Beast. “Ketcik and Halstead reportedly turned themselves in to police, while Rider is said to have been arrested at a Royal Caribbean cruise-ship terminal in Port Canaveral.”

While we don’t know who these three voted for, they are all registered Republicans and according to Click Orlando, “Facebook pages that appear to belong to Ketcik and Halstead contain several posts expressing support for former president Donald Trump.”

As if we needed reminding that any time you hear the Republican/MAGA/Fox News brigade loudly accusing Democrats of engaging in some sort of wildly immoral or illegal conspiracy, you can be sure, without fail, that they are doing that exact thing themselves.

Truly impressive that the extremely rare incidents of voter fraud are always, ALWAYS committed by Republicans. Every time. https://t.co/HFGB1c2Hnv