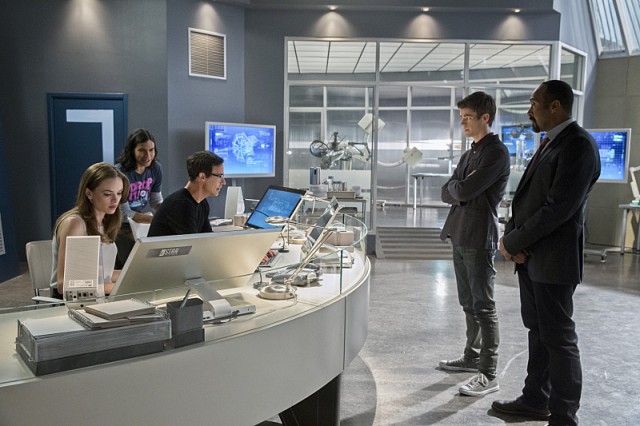 THROW A BLANKET OVER IT!!!

Ok, I’m making a Bravest Warriors reference because Carlos Valdes (aka Cisco) was wearing a freaking Catbug shirt on last night’s episode and I might have screamed. Also, they could have just solved their villain problem by throwing a blanket over it or possibly putting a little fence around it.

By the by, WeLoveFine (who also sell The Mary Sue’s t-shirts and pins, don’t you know?) sells that DJ Catbug shirt.

ANYWAY! We got some flashbacks this episode that gave us our first look at the future half of Firestorm. Also, it’s official, The CW has picked up the series for a full season. We had no doubt. Share your thoughts on the episode. All spoilers welcome!