Five of Saturn's Moons in One Breathtaking Picture 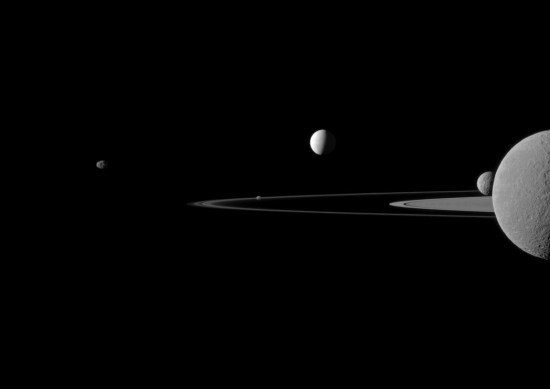 Since it arrived in orbit around Saturn after seven years of flying, the Cassini-Hyugens spacecraft has captured some truly incredible images of the ringed planet. The latest among them is this photo, which was taken on July 29 but released just a few days ago. It shows five of the planet’s 62 moons and edge of Saturn’s rings, arranged with astounding artistry.

Since most people are not familiar with the satellites of Saturn, NASA has provided this helpful information: