We’ve Got First Solo AND Deadpool 2 Reactions This Morning! 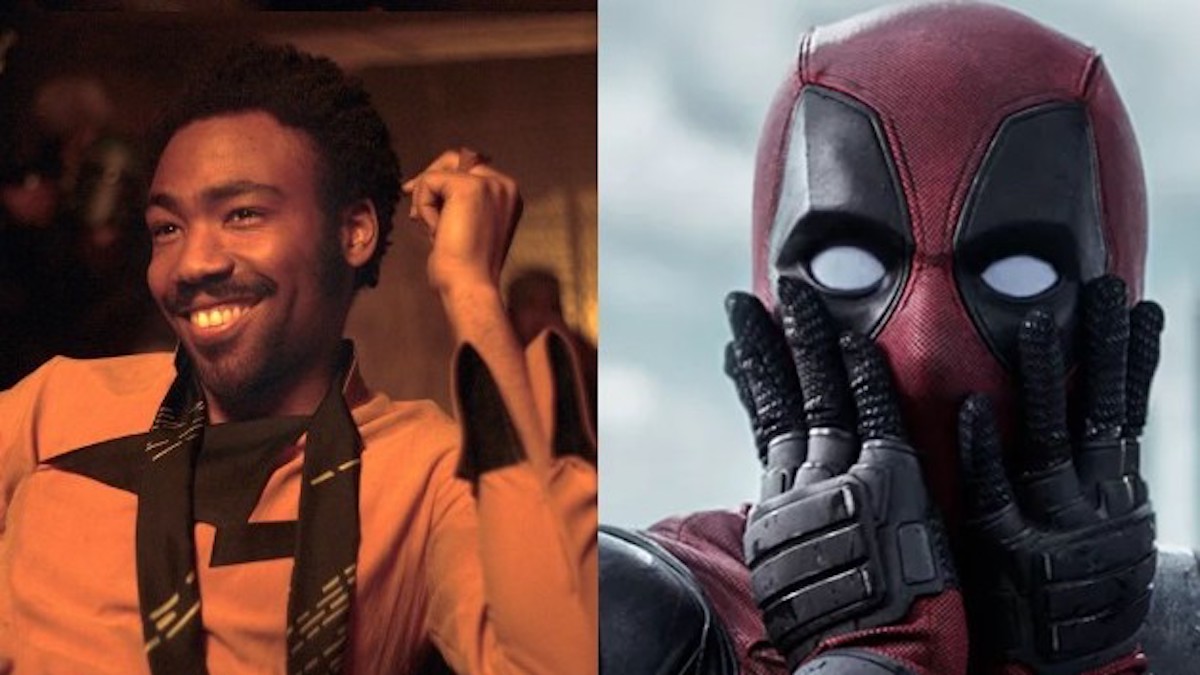 The dust is finally starting to settle after Avengers: Infinity War (too soon?), and new movies are beginning to rise out of the box office ashes (yeah, feels too soon). Thankfully, the next two big releases look a lot less heavy than Marvel’s latest offering, and thanks to the premiere of Solo: A Star Wars Story and Deadpool 2 press screenings, we now have some tiny tidbits of information to parse before full reviews are allowed.

Let’s start with Solo, Disney’s first leap to an even longer time ago in a galaxy far, far away to get into Han Solo’s backstory. We’ve been wary of this one for a while, for various reasons, but the early buzz is that it’s a lot of fun—even if it’s not perfect. While some were predictably blown away (or are saving more meaningful critique for a full review), it wasn’t all glowing praise. It seems that the movie may take a little time to get going:

#SoloAStarWarsStory has a bit of a rough start, but it was a blast of of an adventure. And yes, Donald Glover steals the movie! But you already knew that. pic.twitter.com/4SGiq6tDmQ

#SoloAStarWarsStory: It takes a bit for it to find its feet and for AE to turn on enough charm to make you forget he’s not HF. But once it kicks into its hey-let’s-make-a-crew and yes-also-do-a-heist stuff, it totally flies.

But once it does, it sounds like a fun ride, and we’re happy to have confirmation that Donald Glover’s Lando Calrissian really does steal the show, with Uproxx’s Mike Ryan saying, “once Donald Glover’s Lando shows up (who is legit fantastic) … it’s a whole lot of fun.” (I’ll spare you the rest of that tweet for mild spoilers.)

I loved #SoloAStarWarsStory so much. It’s a western. A caper. Funny with so much heart. It’s got so much surprises that fans are going to love. Donald Glover is charming x1000. Alden Ehrenreich is a great #HanSolo and just know I’ve been saying this for years! Fave new #StarWars.

Alden Ehrenreich is the real deal, Thandie Newton is who I want to be when I grow up, and Phoebe Waller-Bridge’s L3… well we’ll talk about that later. 😃 #SoloAStarWarsStory

I really dug #SoloAStarWarsStory! I woke up this morning questioning whether I was excited for this movie and walked out ready to see Han’s next adventure on this path. It’s a super solid movie and feels true to what makes #StarWars fun.

There was also some division over whether the movie’s lower-stakes status was good or bad, so your mileage may vary there:

#SoloAStarWarsStory is reaaaaalllly good. Fun as hell. It’s a straight intergalactic heist movie, kind of refreshing to see a Star Wars movie w/o a Death Star or the rebellion’s fate at stake. Alden Ehrenreich is super impressive as Han, but L3 might be my favorite new character.

There’s some fun to be had with #SoloAStarWarsStory. Ehrenreich was solid and really enjoyed Glover and Waller-Bridge as L3, but not convinced we needed a young Han Solo movie. Was really hoping for higher stakes, more energy and depth.

(Not to mention that these early reactions are usually generally positive unless a movie is downright unwatchable.)

And now, on to Deadpool 2, which will show us what a Deadpool movie can do when it’s not just barely getting made at all, on a shoestring budget. It might also show us the differences in moviegoers’ senses of humor, judging by varying reactions that it’s much funnier than the first and that some of the jokes may only appeal to certain viewers:

To be clear: there are parts that at very funny. But I could have done with about 60% fewer “see how meta we are?” quips. Would have given the remaining in-jokes more punch.

#Deadpool2: I’ll say this, it earns the hell out of that R rating. And the cameos. And the post-credit scenes.

Saw Deadpool 2. Man that guy sure likes to make jokes about dicks and butts, and dicks being in stuff and stuff being in butts.

But this one might simultaneously be the most accurate to how you’ll feel and the most inscrutable until you’ve actually seen the movie:

The buzz also has it that the credits scene is worth sticking around for. Now that you know what to expect, plan accordingly: Deadpool 2 is out roughly one week from now, and Solo hits the week after.