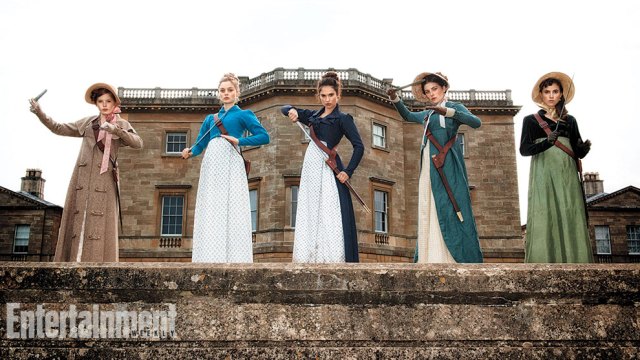 Entertainment Weekly has the exclusive first look at the cast of Pride and Prejudice and Zombies. The image features Elizabeth (Lily James), Lydia (Ellie Bamber), Mary (Millie Brady), Jane (Bella Heathcote), and Kitty (Suki Waterhouse). But something is missing here. What is it… 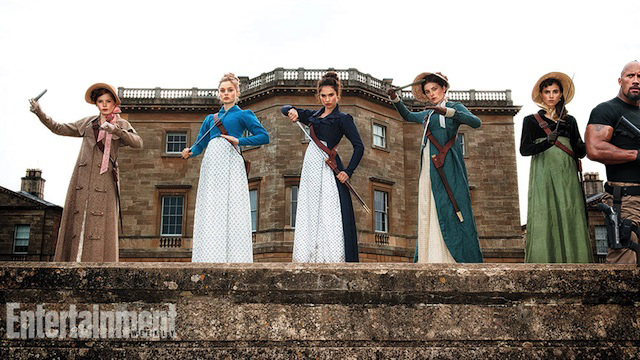 What? Rebecca and I are still tight.

“Even in the original story, Elizabeth’s a fighter and beyond her contemporaries in her ambitions and her ideas of women,” James told EW. “She’s a badass warrior. She’s a ninja.”

Previously in Pride and Prejudice and Zombies