It's all about the instruments, baby. 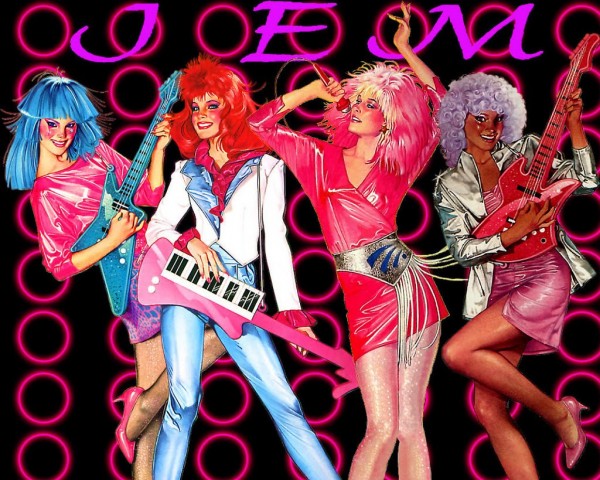 KEYTAR! WE HAVE KEYTAR!

We’re still reeling over the fantastic news from earlier this week — the upcoming IDW comic based on Jem and the Holograms will feature Kimber and Stomer pursuing a romantic relationship — and now this! It’s an image from the March issue of Elle and granted, it’s pretty dang small but we’ll take it. 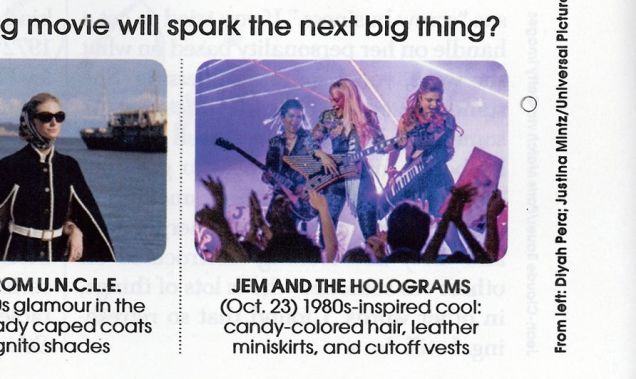 And blow it up just a smidge. 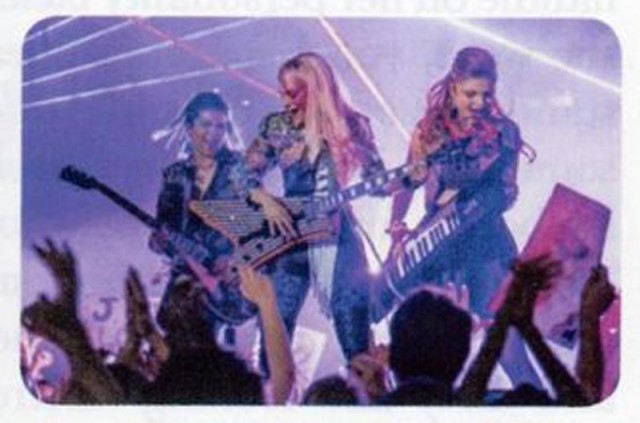 I think we have a fringe belt of some sort!

We haven’t had much word on the live-action film from Jon M. Chu, starring Molly Ringwald and Juliette Lewis (just to throw out the most exciting names) for a while now but production ramped up rather quickly and fans were disappointed to hear creator Christy Marx would not be involved at all.

Ok but will the Misfits be riding on motorcycles shaped like guitars? NEED TO KNOW. 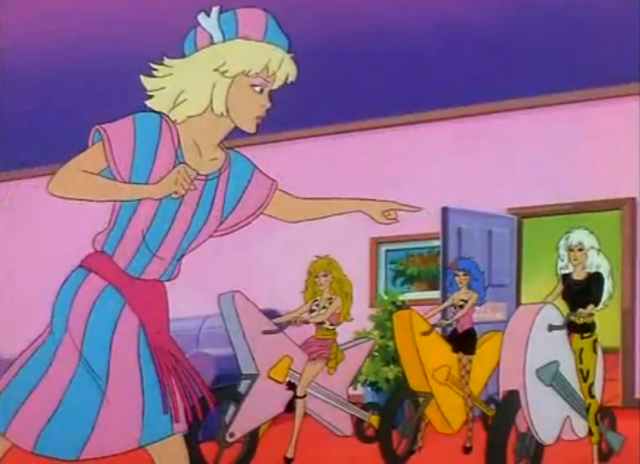 [UPDATE] Universal Pictures sent us along a high-res version of the first photo. We cropped it up and put it in a gallery so you can see it in better detail:

As a small-town girl catapults from underground video sensation to global superstar, she and her three sisters begin a one-in-a-million journey of discovering that some talents are too special to keep hidden. In Universal Pictures’ JEM AND THE HOLOGRAMS, four aspiring musicians will take the world by storm when they see that the key to creating your own destiny lies in finding your own voice.

Loving the costume details we can see here now! What about you?