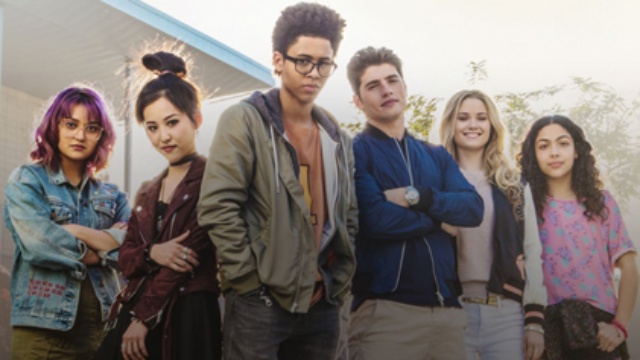 In less than a month, Hulu will be bringing to life the fan favorite comic book series Runaways. Based on the series by Brian K. Vaughan and Adrian Alphona, it is the adventures of Gert, Molly, Nico, Karolina, and Alex after they discover that their parents are “the Pride,” a criminal group of mob bosses, time-travelers, dark wizards, mad scientists, alien invaders and telepathic mutants. You know the usual family secrets. After catching their parents sacrificing a girl, the kids decide that they are the only ones who can stand up to their parents and become a superhero team.

The trailer gives a great look at the kids and a few teasing glimpses at Old Lace, a fan favorite character who I won’t spoil for newbies coming in cold to the series.

What do you guys think? What are you looking forward to most when the series drops November 21st on Hulu?