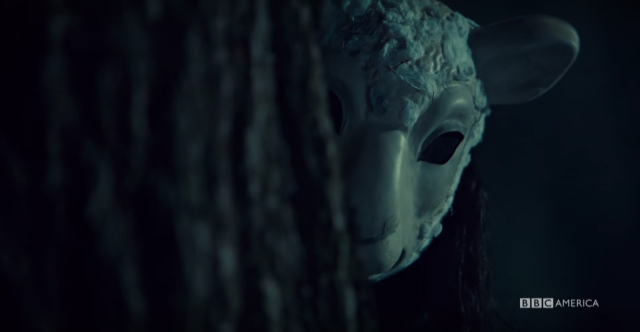 Ahead of Thursday’s season four Orphan Black premiere, BBC America has released the first four minutes of the first episode (well, 3 minutes and 50 seconds if you want to get really technical). We’ve had glimpses of one of the newest additions to Clone Club in previous teasers–a character only known as M.K.–and while her origins still have yet to be explained (as well as the reason why she’s running around in the woods in a sheep mask), we now have a little more info about why she’s even out there in the first place.

From what we can tell, there are two EMTs (who appear to have more than just a professional relationship) burying a body–but whose body is it? Why are they trying to cover it up in the middle of the woods at night? And why is M.K. there watching them? From all appearances, she doesn’t want to be caught–but she does leave a small piece of evidence behind (perhaps to find her way back later?). And who is she calling? (That last reveal had me going YAAAAAAAS.)

Orphan Black premieres for its fourth season on BBC America on Thursday, April 14th. What are you most looking forward to (aside from the return of our Clone Club recaps and science recaps?).