You're in the wilderness, alone, and you're being watched ...

Computer games rarely connect on an emotional level. Sure, they’re fun, entertaining, and embed themselves into your heart thanks to that, but rarely can you say you were emotionally moved by a game. Remember the opening sequence of Up! and how the impact of that caught you off guard in a kids’ film? I just had the same experience with Firewatch. Prepare for all the emotions during the opening sequence.

Firewatch has just come out on Steam; it’s a story-driven, first-person game set in 1989, made by Campo Santo, and published by Panic, a Microsoft studio. You’re in the role of Henry (voiced by Rich Sommer), an overweight bearded guy who’s running away from his life by hiding in a fire watchtower in Shoshone national forest in the Wyoming wilderness. If you’re thinking to yourself, “Well that doesn’t sound like your typical video game protagonist,” you’re half right.

Henry is still white, able-bodied, and male—sadly, like almost all video game protagonists. What’s different here is Henry’s in his forties with a receding hairline, a messy beard, and a larger build. I love this. We get to see representations of a different age group and body type than in a typical game. Henry’s not a musclebound cross between the Rock and Tom Cruise, or yet another young Harrison Ford clone. Henry looks more like the average middle-aged white guy in the states, and this helps ground the character and make Henry seem like someone we know in real life.

It’s a shame we’re not given more choices in regards to the protagonist. For example, I’d have liked a Henrietta option, but given the volume of the dialogue in Firewatch, I can understand why they didn’t go that route. The graphics are stylized and pretty; a moderately powerful PC with a half decent video card will get a lot out of Firewatch. Wandering around just to see the beautiful landscapes can be rewarding in and of itself. The game sometimes allows you to comment on different aspects of the landscapes, and it’s a nice touch, because it helps you appreciate them. Sadly though, you don’t run into much wildlife while you’re out exploring; a fire watcher’s life is a lonely one.

Or it would be if it wasn’t for your radio.

On the other end of that is your only other human contact, a veteran fire watcher called Delilah, played by Cissy Jones. Jones does a great job with Delilah, who is emotionally all over the place as the story tension ratchets up. When Delilah steps away from the radio to do something else, or in a fit of pique, you suddenly and genuinely feel bereft. She’s your lifeline; it’s only when that’s gone do you realize how central Delilah is to Firewatch. 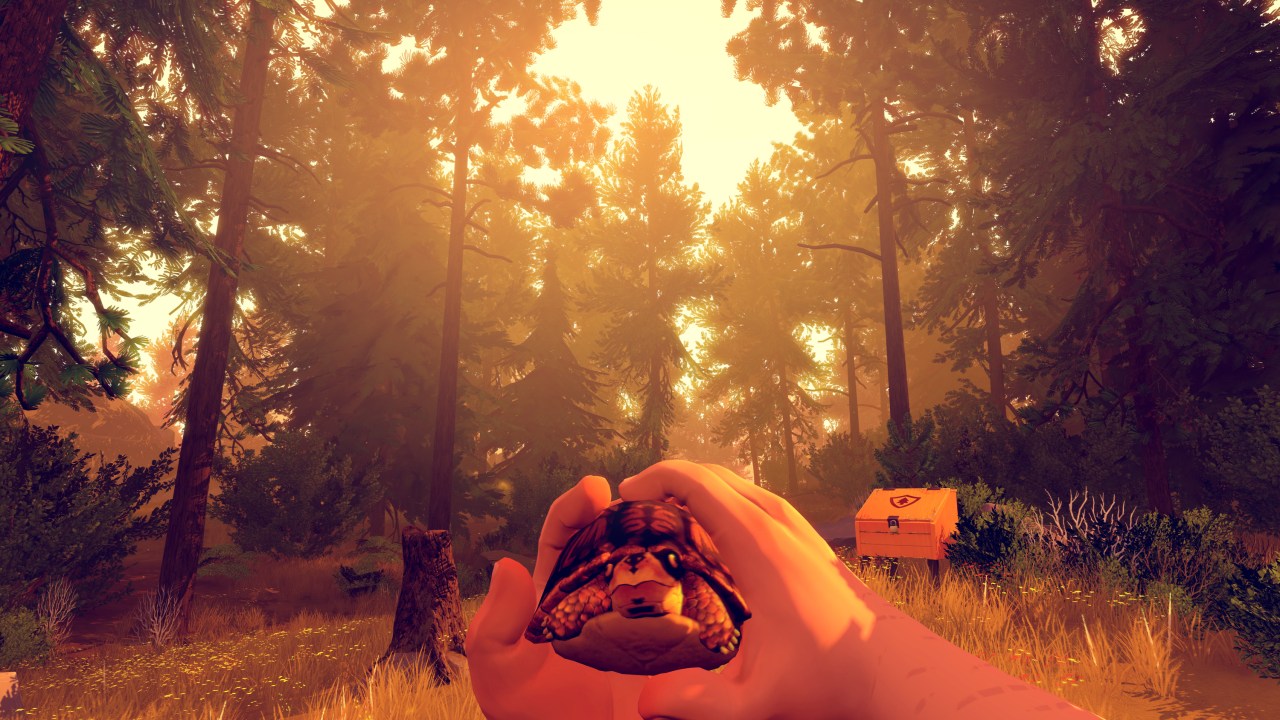 The game opens on Henry’s back story; you have to make a few choices that set up your character for the game. These define why you have opted to go spend the summer on your own in the wilderness at risk of burning to death in a fire. I won’t say what it’s about; I’ll let you experience that yourself. Firewatch is for mature audiences, and no, that doesn’t mean it contains sex or the over-the-top idiocy of Grand Theft Auto, though you do get to see a naked pencil sketch of Henry drawn by his wife, Julia, in a journal. Firewatch deals with complex emotional themes, contains swearing, and you get some flirting on the radio. It’s not a game for young kids.

I’m really saying it’s for mature audiences because it’ll connect most with an emotionally mature player. The game will work better and matter more if the player has loved and lost—if the player has in fact lived life. It will also work best for players who have strong empathy. I could be wrong about this—I guess I’ll see—but I don’t think Firewatch is going to work so well with the stereotypical “young boy gamer” crowd. I hope it does, because Firewatch is a great game, and it might teach them a little about relationships and life. 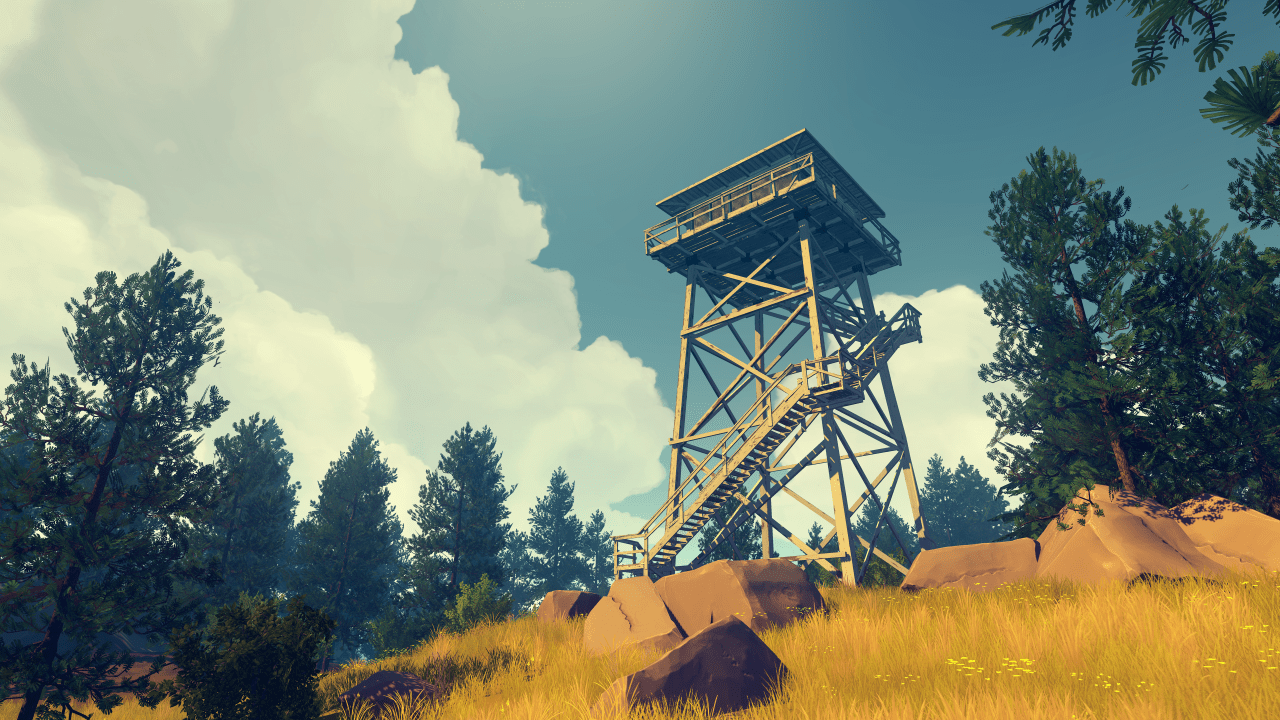 Each day, you talk to Delilah on the radio, and you’re given choices on how to respond to her. Those choices matter, as they change how you and Delilah respond to each other and how you reach the endpoint. Your possible responses to Delilah are timed; respond slowly, and you might miss your chance to say something, the topic of conversation may change, or Delilah may just sign off and leave you on your own for awhile. Firewatch starts very normally with Delilah as your supervisor, and she’ll give you jobs to do as you trundle around the landscape doing them. You’re given a little backstory on how the last person in the tower just up and left one day and why Delilah has opted to be in the wilderness too.

**SPOILERS FOLLOW. SCROLL PAST THE NEXT IMAGE TO SKIP.** 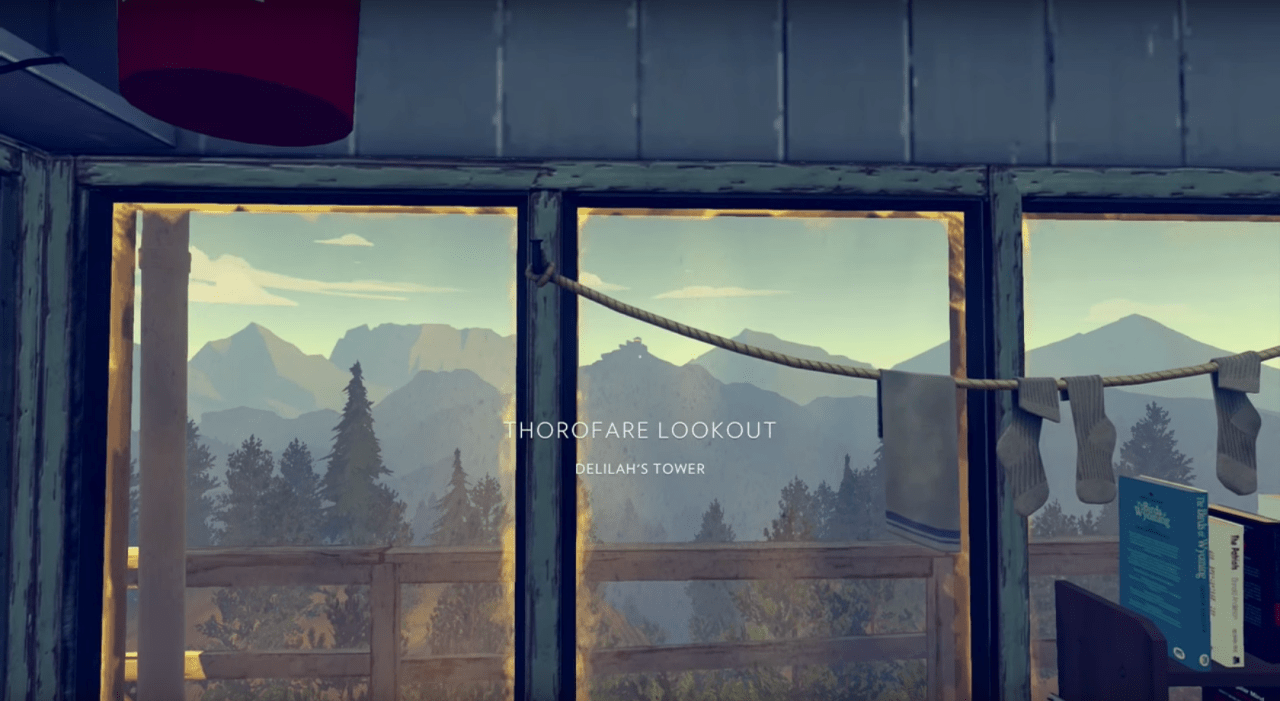 On my playthrough, I did notice a couple of minor issues. Once, I got stuck on a piece of the landscape, saved, and quit. When I restarted, I was still stuck on the landscape, that game was then a wipe, and I had to start over from scratch. You can’t load an earlier checkpoint. This only happened once, though, and the game is far less buggy than, say, Fallout 4. I noted that the intro sequence isn’t skippable when you replay the game, which is a silly mistake, as it takes a few minutes to get through, and it’s frustrating to have to do it each time.

Also, although wilderness makes a lot of noise, it’s pretty much devoid of life. You don’t get to see wildlife, which is a strange design choice given that such a large component of the game is the wilderness that surrounds you. These are very minor quibbles, though, and do not detract from the game in any significant way. Firewatch is a gem. If you like mysteries or TV shows like the X-Files, then this is the game for you—or if you want to play a game starring mature, imperfect characters in a realistic world. It’s not a long game, clocking at just over five hours or so. 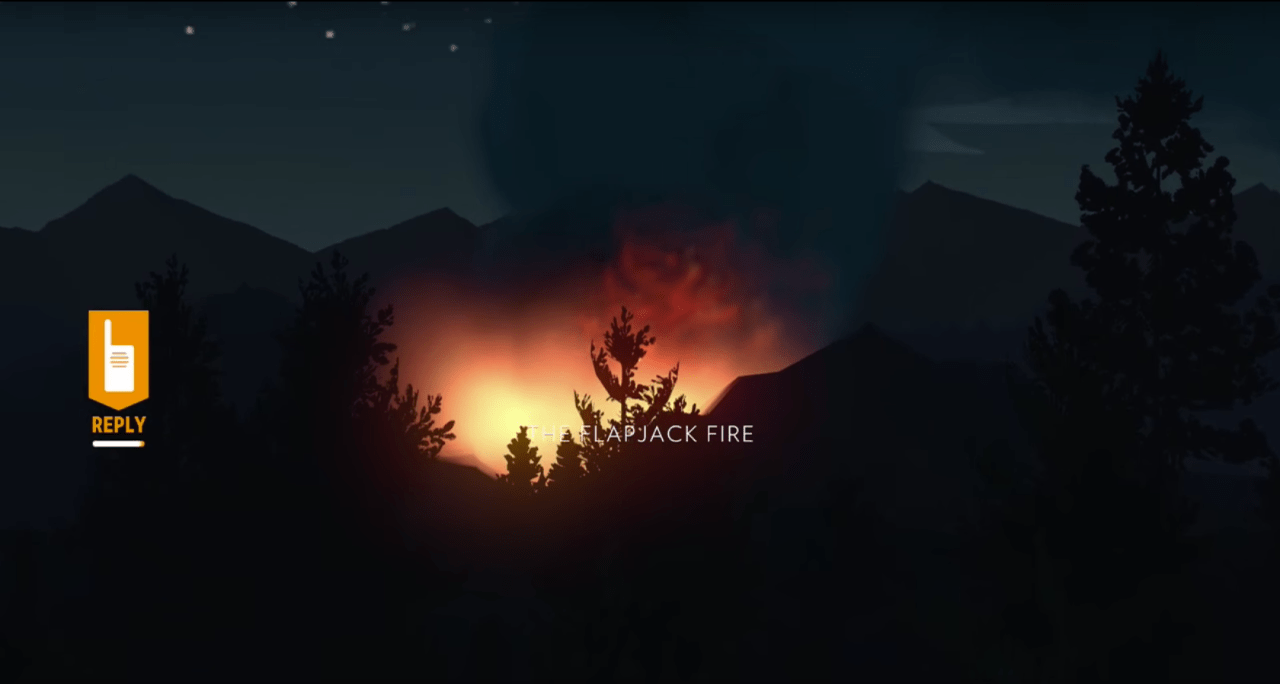 Firewatch deals with love, loss, and how you put yourself together again after trauma. It does all this in a clever and engaging way that will have you emotionally connected to both Henry and Delilah. All of this is wrapped in a fun game that, once completed, I played over again. That’s as much high praise as a game can get.