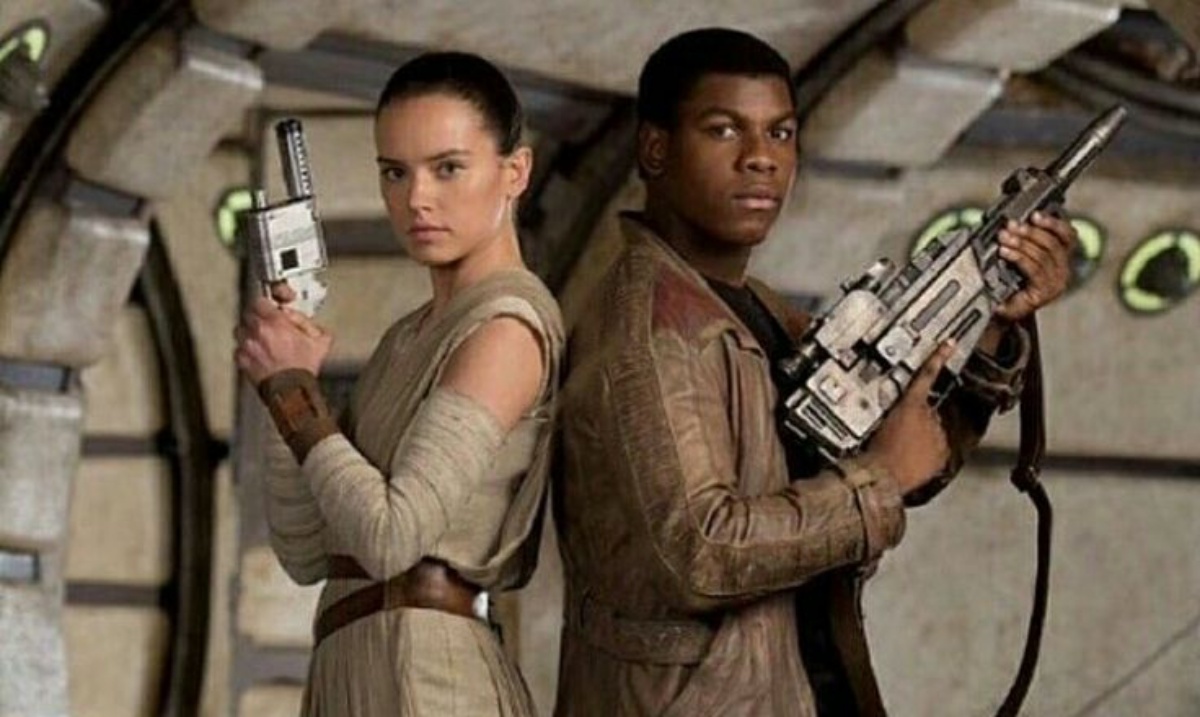 There is no doubt that The Rise of Skywalker is going to be a divisive movie—the split between critics and general audiences is a direct inverse of what happened with The Last Jedi. People are already scared to talk about if they loved or hated the movie. Guys, it’s a Star Wars movie, the world will not end.

Feel how you feel, feel it passionately, just don’t be an asshole. On the spectrum, I land firmly on the “Thanks, I hate it” camp. The Last Jedi was a movie I had issues with in terms of where it ended up, but I saw it in theaters several times and I think it made the Star Wars universe feel bigger. The Rise of Skywalker feels like a smaller film despite everything, and despite it being high in fan service, I walked away feeling disappointed in how much fan service there was and how it pushed aside certain characters … again.

***Spoilers for The Rise of Skywalker***

If there is one thing I think is consistent across all the Star Wars sequel movies is that John Boyega’s Finn didn’t get his due as a character. I know from this title, it seems like my gripe is mostly about shipping, but for me, the pushing aside of Finn and Rey isn’t just about their “relationship” it’s about Finn’s place in the trio.

In the film, there is a scene where they get caught in a kind of quicksand and sink. While sinking Finn yells, “Rey, I never got to tell you—” and he doesn’t finish as he sinks below. Rey asks what he was going to say, but he says that he’ll tell her later. This is called back on when Poe asks what he was going to tell Rey when the two think they are going to die. We never get an answer to this question and maybe it’s just my shipper goggles, but I felt like Finn was gonna say that he had feelings for Rey. I know some people think he was going to confess that he was force-sensitive, but I don’t agree. That doesn’t seem like a “we are about to die” confession. Regardless, we never find out what this is and it bothers me.

It bothers me because Finn chases after Rey the entire damn movie, while she is running towards Kylo Ren. At one point during a battle between her and Kylo, she violently Force-pushes Finn away and never checks to make sure he is alright. This is not the same Rey we saw in the previous movies. Even if their relationship is not romantic, Rey was worried and asking about Finn all the time in The Last Jedi. In fact, the reason I thought the line was an allusion to something was that, in The Last Jedi, Rey tells BB-8 to tell Finn something that we never find out about because BB-8 says it in droid speak.

Finn as a romantic lead in Star Wars matters in the sense that every one ships someone with him, yet as we leave his story in The Rise of Skywalker, I almost feel like he barely made it up to a side-kick. The movie makes it very clear nothing is happening between him and Rose  Tico in a clear “friend-zone” line (also Rose is barely in this movie and that’s a damn shame). Then when Jannah is introduced, she and Finn have a connection as both of them are defected Storm Troopers. While it certainly feels like Jannah is into Finn, Finn’s Rey goggles are on tight. Not to mention, while they give us plenty of hearty bromance between Finn and Poe, they make sure to have Keri Russell’s character be there as an overt love interest for Poe just to make sure you never think they are gonna make FinnPoe happen.

The problem is that it leaves Finn fluttering in the wind. Even in the last movie, which I do overall enjoy, his character is really on a separate journey with Rose that is all about him choosing to help everyone, not just Rey. His story is about him becoming a hero, and while Finn does get some hero moments, it is at the end of the movie.

So, we leave The Rise of Skywalker with the most important couple being the two whitest characters in the movie and their weird toxic relationship that is changed by Leia literally dying to save her son. We see Finn pulling a pure “where the white women at” but chasing after Rey constantly as she battled the darkness that has literally never been inside of her until this moment.

What do we know about Finn that we did not know when The Force Awakens came out? Nada. We learn nothing more about him as a human being, he doesn’t even get to outwardly say he is Force-sensitive. What are his needs? What are his wants?

How does this connect to shipping? Well, let’s look at Reylo and even this small example of Poe/Zorii, or as I call it Zoe. Reylo as a relationship has been a way for Ben/Kylo Ren to get redemption, a vehicle for Kylo’s humanity, but also his values. The Last Jedi, if read in an anti-Reylo lens, confirms that Kylo does not have any real allegiance to the Dark Side or the Light Side, he is a person who values power, who was betrayed by one Master and wants to now be his own leader. The fact that Rey doesn’t join with him at the end of the film and goes to her friends, shows that despite the connection they share, these are two people who are on different paths.

That is how you can build characters through relationships. Plus, by exploring that you know what Kylo Ren got? Screentime in a storyline that directly connects to the larger plot.

Finn’s storyline with Rose, which basically sets up the idea that the force can belong to anyone, means nothing when The Rise of Skywalker reaffirms that to be a Jedi you must come from a Force-famous family. Imagine what would happen in Finn had told Rey that he was force sensitive between films and in addition to smuggling intel, Finn, Rey and Leia were also training other people in how to use the force, bringing the Jedi back.

Imagine what it would be like to have these two friends, who are both nobodies, becoming Jedi, learning to be Jedi together and bringing balance to the force when they were once left to be forgotten. That is more interesting than this Vader grandson/Palpatine grandaughter Sith cosplay fuckery.

Instead, we get the sidelining of two really interesting interracial ships, pushed aside for white partners. Finn, the character with the least amount of character backstory and development across three movies, despite being a lead, is just running after them.

Ya hate to see it, folks.