What If You Could Precisely Measure Distances with Your Fingers? 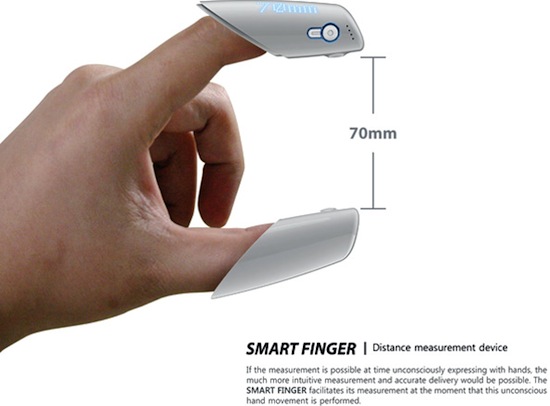 The Smart Finger is a very neat concept device from designers Choi Hyong-Suk, Jung Ji-hye & Yoo-Jin Park that consists of two wearable silicon finger-covers that let you measure the length, breadth, or volume of any object. For small objects, you’d wear both sensors on one hand; for larger objects, you’d wear one sensor on each hand. While we don’t want for measuring tools in this day and age, the designers’ logic is that a measurement device based on and integrated with the human user’s own measurements would fall in line with a long tradition of measuring things in terms of our bodies, and that the Smart Finger measuring process would thus be more intuitive and less annoying than other measuring tools and digital measuring intstruments.

As for how the Smart Finger would work: It shoots a beam of light from one finger to the other and back and estimates a length based on the time this takes. Do this twice in two dimensions and you can measure area; do this three times and you’ve got a volume estimate. These latter two measurements sound like they’d be less useful in that they’d get less accurate if the object being measured wasn’t a perfect rectangle or rectangular prism. Still: Neat, creative gadget idea; if these were available to consumers and reasonably inexpensive, it seems plausible that people would find household uses for them, if only as a Brookstone-type curiosity. 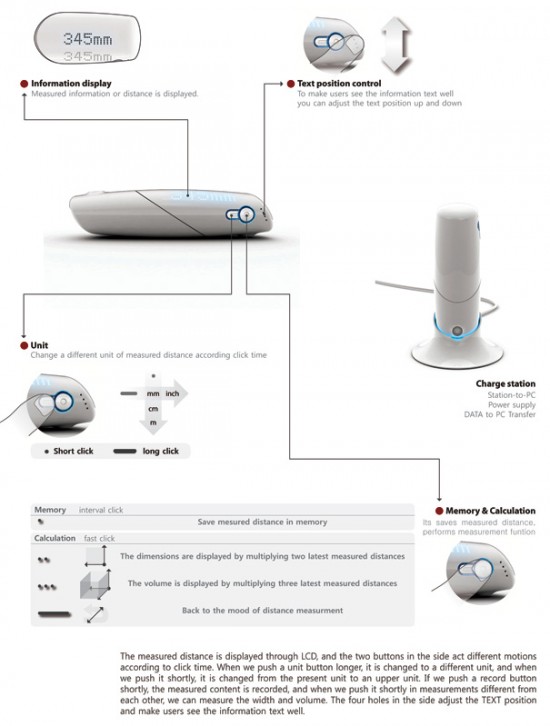