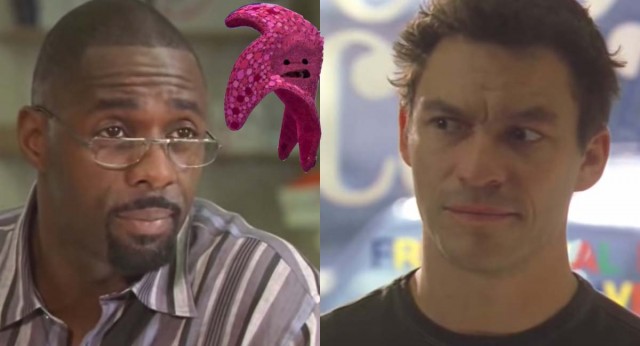 It’s been a while since we heard any news on the Finding Dory (sequel to Finding Nemo) front. Last year we found out Ellen DeGeneres and Albert Brooks would be reprising their roles as Dory and Marlin, Diane Keaton and Eugene Levy would be playing Dory’s parents, and Ty Burrell would be voicing Bailey. IMDB has since listed Vicki Lewis returning as Deb/Flo.

But as McNulty is wont to do, actor Dominic West let this news slip in a recent interview. ShortList writes:

“I saw Idris recently,” West told us exclusively. “We’re both in the sequel to Finding Nemo, so we were recording that. I’m in pretty regular contact with a lot of guys from The Wire – a lot of them are godparents to my kids, so I love them dearly.”

No word on who they’ll both be voicing, but Elba recently signed on for Disney’s live-action Jungle Book as Shere Khan (Benedict Cumberbatch will play the same character in the Andy Serkis version).

Finding Dory will hit theaters on June 17, 2016. What type of sea creature would you like to see Elba and West voice? I vote anything that’s adorable. Just because.