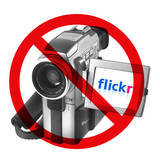 Back in October of 2007, Simon Glik was walking past the Boston Common, heard some commotion relating to an arrest and when he suspected police officers were using excessive force he pulled out his cell phone and started filming. That did not go particularly well for Glik, who was promptly arrested for breaking Massachusetts law that prohibits audio recording without the express consent  of all parties involved.

Long story short, the charges against Glik were ultimately dropped, at which point, Glik filed a suit of his own, claiming the officers had violated his first and fourth amendment rights. After a back and forth of dismissals and appeals, the case reached the US Court of Appeals for the First Circuit and the ruling was that, yes, the arrest did violate Glik’s First and Fourth Amendment rights. The implications? That citizens who film cops are subject to the same protections as the press and cannot be arrested for it.

In case you can’t recite all of the Amendments by heart, the First outlines freedom of speech, religion, and the press while the Fourth prohibits unreasonable search and seizure. The officers’ most recent defense had been that they had “qualified immunity,” a somewhat obscure doctrine which aims to protect officers of the law from liability while they are in the line of duty. The idea is that so long as the officers did not violate “clearly established law” in the course of their actions, they will not be held liable even if they violated less clearly established laws. According to the judge, the arrest violated two amendments, which are pretty clearly established.

The First Amendment issue here is, as the parties frame it, fairly narrow: is there a constitutionally protected right to videotape police carrying out their duties in public? Basic First Amendment principles, along with case law from this and other circuits, answer that question unambiguously in the affirmative. It is firmly established that the First Amendment’s aegis extends further than the text’s proscription on laws “abridging the freedom of speech, or of the press,” and encompasses a range of conduct related to the gathering and dissemination of information. As the Supreme Court has observed, “the First Amendment goes beyond protection of the press and the self-expression of individuals to prohibit government from limiting the stock of information from which members of the public may draw.”

Moreover, changes in technology and society have made the lines between private citizen and journalist exceedingly difficult to draw. The proliferation of electronic devices with video-recording capability means that many of our images of current events come from bystanders with a ready cell phone or digital camera rather than a traditional film crew, and news stories are now just as likely to be broken by a blogger at her computer as a reporter at a major newspaper. Such developments make clear why the news-gathering protections of the First Amendment cannot turn on professional credentials or status.