Anthropomorphizing the Mundane: Five Fictional Objects that Messed Us Up 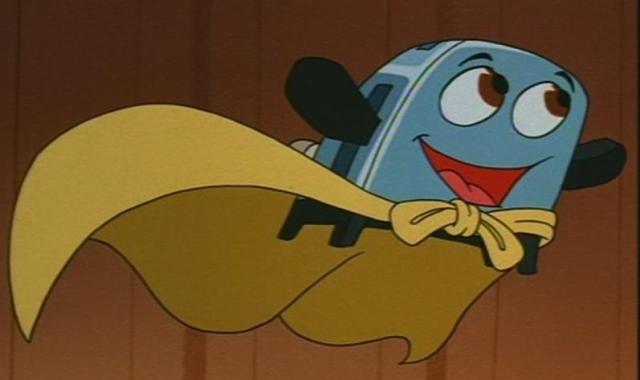 I was one of those kids who was absolutely convinced that my toys came to life when I was asleep and led full lives. Not only that, but I can remember getting out of bed to put a pair of shoes together so they wouldn’t have to spend the night alone. I also freaked out when I saw my mother use a pie vent shaped like a bird, and saw red pie filling and steam bursting from its mouth. I was all, “It’s dying! You’re KILLING it!” There was another incident involving bread dough that had been given a face, but I’ll leave it there and let you imagine three-year-old me’s reaction. 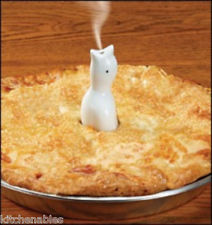 Like this is acceptable? What is wrong with people anyway? :-)

It may seem odd (and I was a weird kid, admittedly), but anthropomorphizing objects has been going on for many years in many cultures. Who doesn’t cry when they think about The Velveteen Rabbit and how badly he wanted to be real? In Japanese culture, there is a concept called Tsukumogami, which is popularly used to refer to an object that has reached its hundredth birthday and become alive. There seems to be a bit of a divide between the religious interpretations and the popular culture use of this word, but from what I can tell from some quick Google research is that it was commonly associated with religion in the past and has been adopted by modern cultures to describe a kind of anthropomorphism.

Using animals, objects, etc. to tell a story can have practical uses beyond making us cry when we see a lamp that looks like that adorable, hopping Pixar lamp lying in a dumpster. If you want to shake a fist in outrage for the sad, cute lamps of the world, check out this Ikea commercial made of pure evil.

Ascribing human characteristics to non-human creatures or objects can take issues like race or gender out of the mix entirely. If you want to create a children’s book with universal appeal, make your main character a sweet-faced steamshovel, or a cat, or a frog. Do you remember watching or reading something where an object takes on human characteristics and brings you to or near to tears? Here are my top five fictional objects that messed me up:

1.) The cute shoe from Who Framed Roger Rabbit.

Judge Doom. The Dip. My childhood – “Noooooooo!” Seriously, I lost it when Judge Doom dangled the sweet, squeaky ‘toon shoe over the vat of Dip. I thought surely that the poor little thing would be saved, but …. no. The cute little shoe with a face was dropped into the Dip and destroyed. Not only was a little face-having being destroyed, the other shoe now has to live the rest of its life without a mate. Dammit. 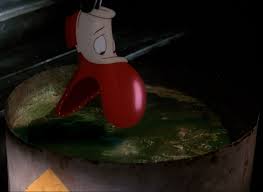 Narrated by Jim Cummings in his best Winnie the Pooh voice, A Gift of Gold was a weird pocket of sad in the Animaniacs’ Christmas special. The gold wrapping paper started out shiny, new, and proud of herself, but after she is used to wrap a gift and then thrown aside as trash, she begins a harrowing journey of being thrown into a garbage truck and taken to the city dump.

When I was a kid, watching Goldie try to hide from the maid who was going to collect her for the trash, and her clearly terrified posture as she tried to escape from the back of the garbage truck struck me an unexpected emotional blow. “That’s right, Goldie, it’s off the the wasteland with you. Like so many worn-out dreams and tattered promises.” This bit of narration is punctuated by a grim view of the dump – a teddy bear is visible, sad and unloved. Seriously, you guys?! My freaking heart!

Just as Goldie is about to settle at the dump, she is carried away by a breeze to a freeway, where she is repeatedly run over by traffic. Ouch. She nearly drowns, and is blown into an alley, where she ends up on a trash can until being found by a poor man who needs something to wrap his son’s shabby birthday present. The man wraps the present in the gold paper and presents it to his son. It turns out that the family is living in a car. The little boy is truly grateful for his present and folds the wrapping paper neatly, placing her in his shirt pocket while the narrator states that, “In a world where so much is disposable, it’s truly a thing of wonder when the little things are appreciated.”

Dammit, Jim Cummings! Every time there is an character voice I like, it turns out to have been voiced by this guy. He can seriously sound like anyone. Mr. Cummings voiced Don Karnage from TaleSpin, Darkwing Duck, Ed the Hyena, Winnie the Pooh, and Ray the Firefly from The Princess and the Frog. Well played, sir. 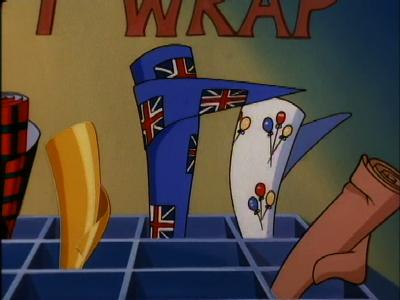 Am I not gorgeous and shiny?

3.) The Island of Misfit Toys from Rudolph the Red-Nosed Reindeer.

Basically an orphanage for messed-up, misfit toys, ruled over by a winged lion. This song in the Rankin/Bass claymation holiday special exposes a dark side to Santa’s toy delivery. Defective toys are taken to the Island of Misfit Toys because apparently nobody wants a Charlie-in-the-box. The song alone can work my tear-makers!

Can we just talk about how that movie may have created a generation of hoarders? Or was that just me, getting the feels when my car got totaled recently, thinking about my poor, sweet, Saturn getting squished … watch this. Dear God. And if you still feel okay after this, then watch the flower scene. That’s right, the flower shriveled and died because it was alone.

5.) Jessie from Toy Story 2 – When She Loved Me – There are a lot of things in the Toy Story movies that could be on this list, but this is the one that struck me emotionally the hardest. Jessie’s song about when her human kid loved her and how great life was back then was enough to make me want to run-not-walk back to my parents’ house, dig out my old dolls, and apologize to all of them for the time they’d spent packed away. Was it dark in the closet where they’re stored? Do they have a phobia of the dark now because of what I’ve done?! 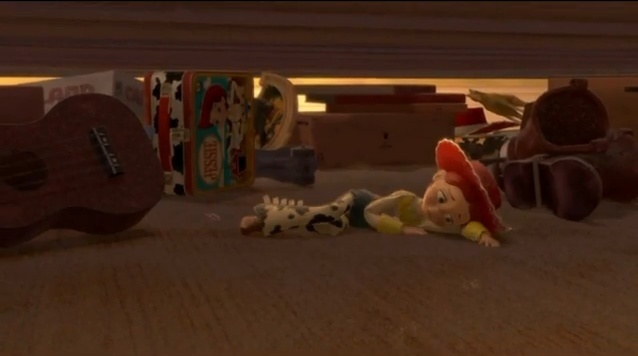 What are we supposed to take away from this? (Other than that we should never, ever throw anything away ever again?)

I think that one of the most important lessons these anthropomorphized objects impart is empathy. They are exercises in putting ourselves in the place of the imperiled or distraught object. If we can empathize with Jessie that being forgotten and alone sucks, we can make an effort not to do this to other people. If we can believe in a cartoon shoe’s terror and pain, we can apply that to understanding the fear people might experience when victimized. And really … thinking about our own consumption of goods and how and where those consumed goods eventually end up can’t be bad for us either.

And, in case anyone was wondering, I no longer feel compelled to keep my shoes together or burst into tears when my bread-dough doll gets cooked. I still hate pie birds, though. So unnecessary. My mom finds my dislike of them hilarious and gave me a pack of three for Christmas. That’s how we roll. :-)