Seeing Ourselves in Marvel’s Femizons in the Post-Trump Era 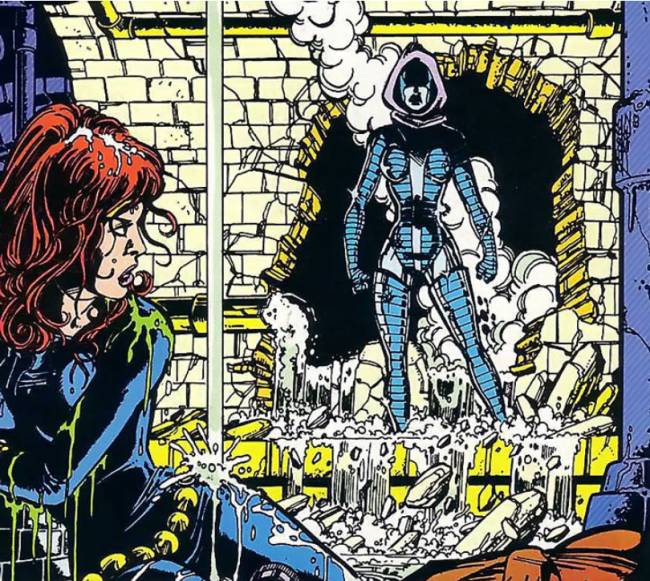 So, something many critics have complained of in the recent batch of Marvel movies is that, with the exception of Loki and the Winter Soldier, their villains have been somewhat weak, with the exclusion of some excellent villains on their Netflix shows like Kilgrave and Cottonmouth. I believe that a reason for this is, for the most part, Marvel is afraid to make their villains relatable, and when villains are not relatable, they are forgettable. I do not remember the names of the villains in Thor: The Dark World, or Guardians of the Galaxy, and if you do, I am impressed.

This is not for lack of relatable, excellent villains in the Marvel canon, however. If I had to choose any batch of villains I found most relatable as a group, it would be the Femizons. When I first read about the Femizons, it was as part of some research for a Black Widow script I wrote for a class, and I was specifically looking for Black Widow villains like Molot Boga, Damon Dran and Iron Maiden/Melina Vostokova, a lieutenant for the Femizons.

The “Femizons” were a group of women led by Superia (Dr. Deidre Johnson), who literally wears the female symbol on her tunic, along with Nightshade, (Dr. Tilda Johnson) second-in-command. I could hardly believe that women from different ethnic groups working together for a common goal could possibly be portrayed as an evil thing, but then I remembered it was the 80’s & 90’s; intersectional feminism was probably not high on the writers’ to-do list.

Many of the women had laughably sexist names like “Ice Princess” or “Gold Digger.” At first I thought this was the most ridiculously racist, sexist thing I had ever read. The Femizons were kind of a fascinating Rorschach test of juxtaposing insecurities for these male writers made flesh. The Femizons’ ultimate goal was to “sterilize the world,” which again, says a lot more about the writers than the characters, I think. These insecurities may have predicted a social movement years later that I’m sure they could not expect.

It was so ridiculous that it reminded me of the “Friendtopia” song from Crazy Ex-Girlfriend where female friendship inevitably leads to World Domination and Destruction. 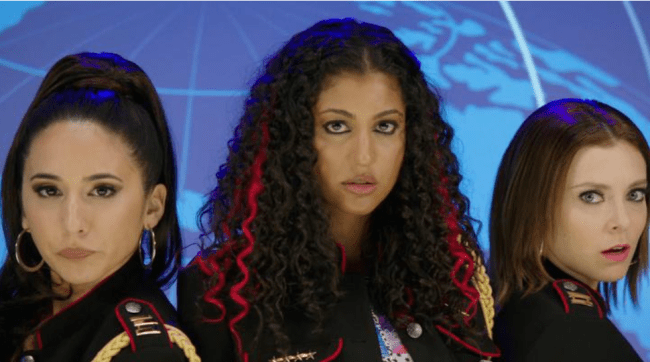 Before Trump was elected, many women were made to feel somewhat ashamed about wearing the female symbol outside of an Austin Powers movie, fearing that it would label them as a “straw feminist,” but now all that fear is irrevocably gone forever. Now people are painting signs of women’s symbols with abandon. Suddenly, it does not seem so out of touch. The backlash to Trump has been enormous, particularly in the arts and commercial centers (LA & New York) of the United States. Scarlett Johansson spoke on the same stage as Angela Davis, which is something I truly thought I would never see in my lifetime.

Marvel, too, is moving past villains—at least in the Netflix series—that are simply, in the words of the Nostalgia Critic, “some guy in a suit.” Sigourney Weaver is signed on to play a Defenders villain, and Black Panther’s villain may end up being a similar surprise. It’s important that people do not just see themselves in the heroes—they see themselves in the villains, too.

It’s important to note that Black Widow started out as an Iron Man villain, and she came from the same Red Room of impoverished girl orphans taken in by the state that the “second best,” defensive Iron Maiden/Melina Vostokova came from. There were no billions in resources for them to inherit; like most real-life orphans, they had nothing and were abused. Among the Femizons, however, “second best” does not equal worthless. “Second best” to Black Widow is, after all, hardly an insult.

I do not know what villains Marvel will choose to go with in the future: however, the truth is that their output is about to look a lot different in the next four to eight years.

In Iron Man 3, there was a huge controversy about the film axing a female villain. Now Cate Blanchett will be playing the villain Hela in Thor: Ragnarok, a move that pulled barely a peep from the media. This, I think, has something to do with the new director at the helm, and the pretty clear Trump backlash. 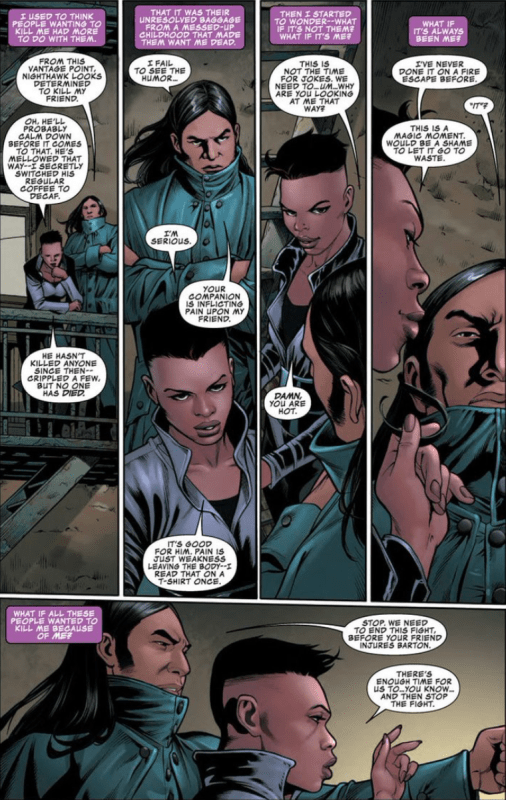 Comics writer David Walker also did an excellent job with Tilda Johnson in his run, and while I think the Femizons may be something Marvel wants to sweep under the rug rather than openly acknowledge, it will be interesting to see how they move forward.

Villains are not simply some external outside force. Generally, they simply represent a shadow aspect of ourselves: dueling points of view, or perspectives, as my old screenwriting teacher called it. It will be interesting to see what “perspectives” the next four years bring.