The Feminist Argument for Court Expansion 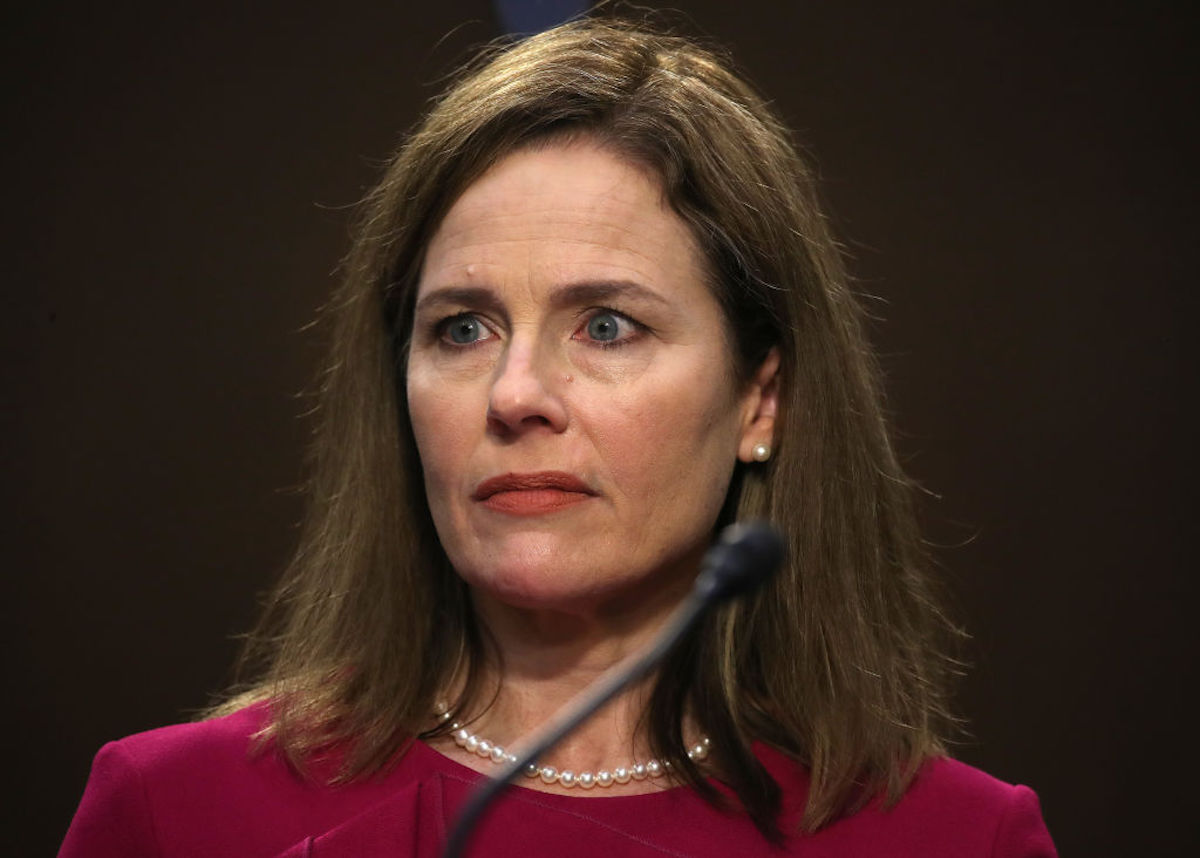 With just less than a week until voting in the 2020 election is over, let’s call Amy Coney Barrett’s confirmation to the Supreme Court what it is: the desperate last stand of a political party rooted in white supremacy and patriarchy. Other words that come to mind include “illegitimate,” “a sham,” “a national disgrace”—but whatever you choose to call it, conservatives now hold a 6-3 majority on the Supreme Court which will be weaponized to hack away at fundamental constitutional and human rights, from voting rights, to marriage equality, and certainly, abortion rights.

After all, however coy Republicans have tried to play things about Barrett’s stance on Roe v. Wade, and that most essential right to bodily autonomy, we know because we’ve heard from their own lips for decades that this has always been the plan: steal elections with voter suppression, steal the Supreme Court and circuit courts through any means necessary, and with that power, steal the humanity and autonomy of women and pregnant-capable people for generations. Make no mistake—they can and will see this agenda through, and create a society where even more people face criminalization for the outcomes of their pregnancy or for seeking abortion care, and even more people are forced to travel across state lines and shoulder immense costs to reach care.

But it doesn’t have to be like this. There’s a common-sense solution to this Republican-manufactured crisis of our democracy, and crisis of women and pregnant people’s human rights: balancing the court with expansion. The fight for court expansion is more than a fight for liberal political vengeance—it’s a feminist fight for the future.

Expanding the court has become a necessity to protect women, pregnant-capable people, LGBTQ people, immigrants, and people of color from perpetually existing an inch away from criminalization and loss of rights, and empowering them with greater autonomy over their bodies and lives. Those on the right refer to this policy proposal with disdain as “court packing,” but the truth is, Republicans themselves have been packing the courts for years. They’ve stolen dozens of Supreme Court and circuit court seats with obstruction, political games, and voter suppression, to fill with hand-picked extremists who share the sole goals of shattering marginalized people’s human rights and full citizenship for generations.

Let’s also not forget the majority of Supreme Court seats are occupied by the appointees of presidents who lost the popular vote, and Justices vetted and picked by the notoriously misogynist, fringe, right-wing group the Federalist Society. The Senate itself is deeply undemocratic—the 52 Republican senators who voted to confirm Barrett on Monday represent 17 million fewer people than the 47 Democrats and Sen. Susan Collins who voted no.

Everything is at stake unless Democratic Party leadership takes decisive action to expand the court. Especially where reproductive rights are concerned, it’s crucial to recognize that many of the aforementioned scenarios of criminalization and traveling across state lines for abortion care are already happening, today, primarily to women of color, queer and trans folks, and people who are struggling financially or are uninsured.

In red states and blue states alike, women—and disproportionately women of color—already face criminal charges and have even been jailed for miscarriages, stillbirths, “pregnancy-endangering” behaviors, and self-managed abortions. In recent years, several states have introduced and even passed legislation that would make having and providing abortions punishable by death or prison time. Just imagine how much more dangerous this country would become without Roe v. Wade—a society where every pregnancy would be surveilled and policed, and every pregnancy loss treated as criminally suspect.

Whether women, LGBTQ folks, immigrants, and people of color are full citizens and can achieve our full potential in this country starts and ends with our ability to control our bodies, and plan our families and lives on our own terms. Barrett is often celebrated for her large family and for balancing it with her legal career—both made possible by white privilege and economic privilege. But her policy stances of forced birth and eliminating health coverage would deny other women, and especially poor women and women of color, access to the same resources and options that allowed Barrett to build her family and experience traditional success as a working mother.

Since its inception, the Supreme Court has handed down breadcrumbs of basic rights slowly, over the course of generations—all while hacking rights away quickly and ruthlessly. Those who experience the full benefits of its positive, progressive rulings are often the most privileged, traditionally respectable members of marginalized groups—for example, wealthy and middle-class white women, and wealthy and middle-class white gay couples.

The bottom line is that the courts have always been political. Judges and justices are chosen and voted on by presidents and senators based on whether they share political ideologies and agendas. Court expansion wouldn’t politicize the courts—it would begin the long, slow process of balancing and democratizing them.

Of course, court expansion offers another critical, long-term benefit: fostering unity between those on the liberal and leftist sides of the political spectrum, and radicalizing even the more centrist members of the Democratic Party, who can agree that the fundamental human rights of women and marginalized people have been hanging by a thread for years. Encouraging moderates’ support for court expansion could be a first step toward pushing them to be more progressive on a range of approaches to redistributing power and wealth in society.

Court expansion once seemed like a fringe, radical idea—until Trump selected a third of the Supreme Court in just one presidential term. Since September, Senate Minority Leader Chuck Schumer declared “nothing was off the table” to respond to Barrett’s nomination and confirmation. Joe Biden suggested he might create a bipartisan commission to evaluate approaches to balancing the Supreme Court. Democratic Party thought leaders from progressives like Rep. Alexandria Ocasio-Cortez and Sens. Elizabeth Warren and Ed Markey, to more moderates like Mayor Pete Buttigieg, alike, have expressed interest and support for adding Justices to the court. At this point, it’s the only logical, common-sense solution left—and there’s consensus in the Party to finally co-opt and apply the GOP’s ruthlessness toward progress and protecting the marginalized.

With a 6-3 conservative, anti-abortion majority now cemented on the Supreme Court, our democracy—and the lives and futures of women and pregnant-capable people—are at a crossroads. This is the culmination of decades of Republican plotting and power-grabbing. We can now either accept the future of violence and dehumanization Republicans have laid out for us, or we can expand the court, and we can give ourselves and the most marginalized among us a fighting chance.