Feminism Around the World: Having a Period Is Too Expensive for Low-Income Students in the UK 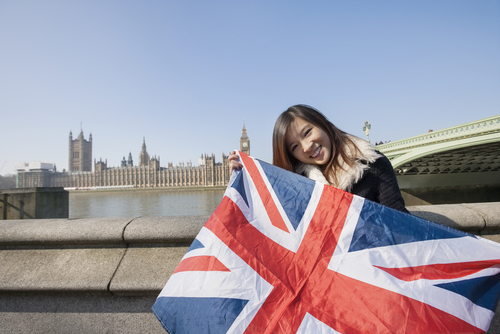 UNITED KINGDOM: Having a Period Too Expensive For Low-Income Students

That “Woman Tax” is so real the world over, and women in the UK have had the added fight of dealing with a VAT on menstruation supplies because Parliament considers them “luxury items.” Now, in a post-Brexit economy, students from low-income families and neighborhoods are having trouble paying for this most basic of necessities.

According to The Guardian, kids in both cities and rural areas are feeling the pinch as far as purchasing pads and tampons so much so that many are staying home from school for the duration of their periods. Those who go to school often use makeshift products, or rely on donations from teachers or other students.

The story about this increasing problem first came about when a school in Leeds contacted a charity called Freedom4Girls, an organization that hopes to raise “awareness and campaigning for safe Sanitary protection for girls in Kenya and all over the world.” The school was concerned about an increase in truancy among students who were staying home thanks to lack of access to adequate menstrual care. Freedom4Girls ended up helping the school by providing menstrual supplies.

What happened in Leeds has inspired other teachers and school administrators to come forward and talk about the problem. Hayley Smith, who runs an organization called Flow Aid that works to provide menstruation supplies to homeless people, spoke to a London schoolteacher earlier this week who was concerned about the students in her school who couldn’t afford the products they needed. Says Smith:

“Teenagers and young girls are being forced to wrap or stuff toilet paper down their knickers, to prevent them from bleeding all over themselves while at schools. The cost of sanitary products are just too much for some girls and their families, and it’s leading to missing school and it’s putting their health at risk.

It’s absolutely despicable in the 21st century that girls are being forced to comprise their education simply because an absolute necessity is unavailable and not affordable.”

Meanwhile, a similar campaign called Every Month, which also tries to tend to the needs of homeless people with periods (specifically in Manchester), has also been contacted. Every Month founder, Rosy Candlin, has visited local schools to encourage fundraisers to supply period products for those who can’t afford them. She cites stigma as a huge reason why this problem is both so widespread, and why it’s gone on underreported for so long:

“For a family to say ‘we cannot afford food’ that’s so much easier to ask for. But because of the shame put on mensuration it’s much harder. Even in food banks we have to tell me to make it explicit that they carry our packs as people less likely to ask for them.

There’s a lot of girls who use lots of tissue to create makeshift protection, or they will have just a few pads and leave them in for longer, so it becomes unhygienic and unhealthy so there are no real good options.”

Teachers all over the UK are starting to do what they can to ease the problem for low-income students as well. One teacher from Newcastle said, “There is a core group of girls who regularly need to use staff-bought sanitary products. I buy the same brands I use myself, I just make sure I buy extra when they’re on offer.”

It’s already heartbreaking when low-income or homeless adults can’t afford these basic sanitary needs, but the fact that young people are put in this position and often risk their educations over it because of stigma and shame is especially so.

While this story is about an increased awareness of this problem in the UK, the issues involved are certainly applicable everywhere in the world. It’s what happens when the needs of people with uteruses and vaginas aren’t taken into account. When we consider the poor, we often consider food and clothing, perhaps even things like toothbrushes and combs, but we don’t consider that over half of them will be dealing with a period on a regular basis.

When it comes to children in schools, we often forget that many of them may themselves be dealing with homelessness or extreme poverty. The amount of money spent on menstruation products might have to be sacrificed for lunch, or cheap, store-brand groceries for the family. Whether you’re in the UK or not, you might want to think about how you can best help young people with their periods in your area attend school by making sure that they have the supplies they need.

MEXICO: “How I Hunted My Sex-Assault Suspect Online and on Mexico Streets” (The Daily Beast, 3/12/17)