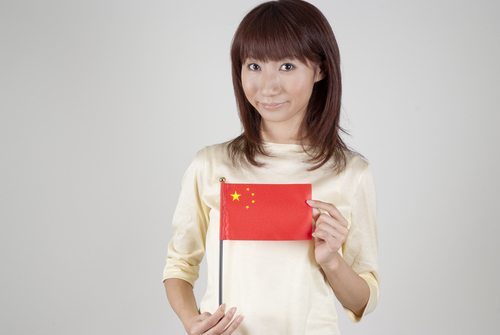 In the past, we’ve gotten used to seeing Chinese athletes at the Olympics being extremely reserved and focused as they pursue excellence in their sports. That seems to be changing, however, as China is more open now than its ever been before, and as a greater access to the internet and technology has changed the way China’s youngest adults (the “Post 95s” – ie: born after 1995) relate to themselves, to each other, and to the world around them. Case in point: the inimitable Fu Yuanhui.

Olympic swimmer for the Chinese Women’s team, 20-year-old Fu Yuanhui, became a viral celebrity recently after placing third in the semi-finals of the 100m backstroke on Day 2 of the Summer Olympics in Rio. Why would someone who placed third in a sport become a viral sensation? Well, check out her endearing response to how she did when she was interviewed on Chinese television (translated subtitles courtesy of Propeller TV):

She was self-deprecating and grateful, but also genuine and honest about how hard she’d worked to get to this point, and how proud she was of herself for having achieved this much. Seriously, as we watch the Olympics, we often forget that each of these athletes are already at the top of their games simply by virtue of being there. Yuanhui knows this, and is not ashamed to be proud of even her seemingly “small” accomplishments, because she knows how much they mean as they play out on a world stage.

Later, when she won the bronze in the Women’s 100m Backstroke, tying with Canada’s Kylie Masse, she was equally thrilled:

The Huffington Post has a wonderful collection of gifs, videos, and posts showing that this isn’t just a show she’s putting on for Rio. This is just Yuanhui’s personality all the time! Like, check out her response to her team winning the Women’s Relay at last year’s FINA World Championships:

Fu Yuanhui goofing around after her team won the relay’

SHE WILL NOT BE CONTAINED!

And this is exactly why I wanted to write about her today, because this exuberant Chinese swimmer is as amazing role model for women and girls (hell, for anyone of any gender) as someone as dazzingly talented as US gymnast, Simone Biles. Yuanhui is completely and unapologetically herself. She works hard, and proudly acknowledges her accomplishments without the need to downplay her failures. They all make her who she is, and in the end, she’s only really competing against herself.

But what’s really interesting about her is what she represents for her home country as a young Chinese woman. According to Xinhuanet, “In this new era, people like Fu Yuanhui are not just heroes and heroines, but also represent the spectators. They reflect the spirit of the new generation of China.”

Indeed, it’s not just the fact that Yuanhui takes herself less seriously than the Chinese athletes of previous generations, but she inspires her young fans to do the same. Chen Rui, Executive director of bilibili.com, a popular online TV platform, says “”China’s post-90s and post-95s generations differ from the post-70s and post-80s generations. They are the direct beneficiaries of China’s reform and opening-up policy and had more resources to develop than their parent’s generation.”

Zhao Jun, general manager of a sports copyright operator agrees, saying “China’s younger generation may one day use their own way to appreciate sports. They will pursue happiness, rather than money and fame.”

The desire to pursue individual happiness seems to be one that unites millennials all over the world. When posting on Chinese social networking site, Weibo, on her 20th birthday earlier this year, Yuanhui said:

“I have been living in this world for 20 years, and I have been searching for the meaning of my life and my attitude towards the world. One that only belongs to me and is unique. I understand what I’ve been living for and what kind of life I want. It’s simple. Happiness. Love. Gratitude. These are what I want.”

But, you know, she’ll totally take an Olympic Bronze medal, too!

Incidentally, her profile on her Weibo account says (Ed note: and if any Chinese speakers among you have a more nuanced translation, PLEASE TELL ME) “loving cats [sic], dogs, stuffed toys and food; a capricorn mixed with scorpion blood; and someone who regards herself as a quite beautiful boy.” Could she also be a genderqueer role model?

Regardless, Fu Yuanhui is one of the best things to come out of the 2016 Rio Summer Olympic Games. Here’s to her continuing to inspire ambitious women all over the world!