Feminism Around the World: Half Indian Winner of Miss World Japan Causes Controversy | The Mary Sue 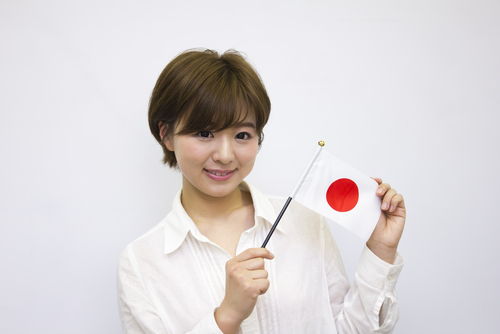 The Miss World Japan pageant was held on Monday, and the crown was awarded to 22-year-old Priyanka Yoshikawa, an elephant trainer and amateur kickboxer from Tokyo. There was a mixed response to her coronation, however, because Yoshikawa is mixed-race. Her mother is Japanese, and her father is Indian, making her “haafu,” the Japanese word used in some parts of the country to refer to those with one non-Japanese parent.

Yoshikawa is the second mixed-race contestant in a row to win the Miss World Japan crown. In fact, she was inspired to enter by last year’s winner, Ariana Miyamoto, who is half black and half Japanese. According to Buzzfeed, Yoshikawa said:

“Before Ariana, haafu girls couldn’t represent Japan… That’s what I thought too. I didn’t doubt it or challenge it until this day. Ariana encouraged me a lot by showing me and showing all mixed girls the way.

We are Japanese. Yes I’m half Indian and people are asking me about my purity – yes my dad is Indian and I’m proud of it, I’m proud that I have Indian in me. But that does not mean I’m not Japanese.”

As reported by The Guardian, only 2% of all children born in Japan in 2012 were mixed-race, and so as Yoshikawa points out, Japan is so almost completely homogenous that those Japanese who are mixed-race are seen as less-than-pure. Never mind that they were born and raised in Japan and have Japanese blood in them. Of course, the haters took to Twitter:

Translation (courtesy of Buzzfeed): “I won’t say that we shouldn’t select a haafu, and she’s suitable for Japan to make an appeal that we don’t discriminate people. But I want them to select someone who’s seen as beautiful by everybody.”

Translation (courtesy of Buzzfeed): “There’s news again about ‘haafu,’ a word only countryside Tokyo uses. Another mixed-race woman is selected for an international pageant contest. But her face is dirty. When a Japanese person is mixed, the face always becomes dirty. She’s a disappointment to the Asian race.”

How charming. I love that someone simultaneously thinks it’s a good idea to show that Japan doesn’t discriminate against people, but then balks at a mixed-race Japanese woman winning Miss World, because the winner should be “someone who’s seen as beautiful by everybody.”

Now, beauty pageants like Miss World, which is the longest-running international pageant of its type, are problematic precisely because of the focus on physical beauty. As if the thing that is most important about women is how beautiful they are, or how good they look in an evening gown or a swimsuit. However, depending on the pageant, there is also a focus on things like community service and education, and many winners of these national and international pageants use their platform as a way to get other work done, or win scholarship money to further their studies.

There are even male beauty pageants — including a Mister World that is held biannually by the same organization that runs Miss World and celebrates “the World’s Most Desirable Man.” However, many of these are short-lived.

While I question the need for “beauty pageants” as an institution, I would never challenge a woman’s decision to participate. Feminism, after all, is about affording women equal opportunities to design their lives however they choose as freely as men get to. Unfortunately, there are many Miss World contestants who misunderstand what feminism actually is and means. Still, if people want to celebrate their looks, they should rock on with their bad selves.

The results of this year’s Miss World Japan also show another way in which beauty pageants can be beneficial — representation.

We talk a lot about how feminism should be intersectional here at TMS, and in this instance we see an example of how a woman sitting at the intersection of gender and race is facing an even harder time because of her choices. While one might question the necessity of beauty pageants, there’s also the idea that showcasing someone who is of a minority race in a country as attractive is extremely important not only to members of their own community, who benefit from seeing themselves represented in media, but also to the country at large, to remind them that these communities do exist and are as much a part of their national identity as they are.

Thankfully, it wasn’t all negative response to Yoshikawa’s win. She also got plenty of support, led by the Indian Embassy in Japan:

WOW!~! Congrats to Priyanka Yoshikawa! This is the second year in a row that a haafu has been crowned Miss Japan! Happy for them :)

And there were several people pointing out the importance of her win in the context of racism in Japan:

Why does it take a beauty pageant for people to notice the horrendous racism that permeates Japanese culture? https://t.co/UC20XcMzu4

Beauty pageants are insulting and irrelevant. Except this one. https://t.co/VU4tUksp92

So, congratulations Ms. Yoshikawa! May you continue to be an inspiration to mixed-race women around the world by demonstrating that there’s a place for all of us in any field or pursuit we choose for ourselves.

This tip comes via email from TMS reader Ines Alvares Rodrigo, who kindly explained the situation in English for those who can’t read Spanish. She writes:

“Carla Antonelli is a politician serving as MP in the Madrid Assembly. She is a trans woman and LGBT rights activist, and she is receiving a lot of online hate. In particular, she has received multiple death and rape threats on Twitter (directed also to her daughter). The National Police has contacted her and sent their support, but it seems like it is never enough. For example, some of the tweets praise “Koji Kabuto” a man that was detained this weekend in Catalonia because he wanted to cause a LGBT massacre like Pulse. Despite all this he has already been released, and is back to spreading homophobia and threats against the LGBT community.

We need to catch Twitter’s attention, keep pressuring them till they ensure that it is a safe space, rather than a tool to spread hatred. It is incredible how some people only realise how serious online threats are once the tragedy happens and lives are lost. Also, Carla is pretty amazing, so I would be really grateful if you could share her story on your side of the world.”

This tip comes via email from TMS reader Narell Klingberg, who writes:

“I thought The Mary Sue might be interested in a campaign started by an Australian band – Camp Cope – to fight against recent sexual harrassment and assaults at concerts. A lot of other bands have been drawing attention to the issue, and they’ve come together to make a video urging fans to stand together & call out bad behaviour.

Thanks so much for the tip, Narell!