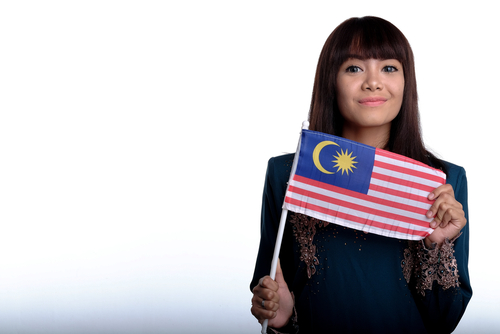 There are two things that are very wrong in Malaysia right now. First, rape in a marriage is not illegal. So, once you get hitched, rape “ceases to exist.” Second, adult men can legally marry children. These two things working in tandem make life as a young girl in Malaysia particularly difficult.

As reported by Al Jazeera, there have been two cases of girls in their early teens being forced to marry their alleged rapists in the states of Sabah and Sarawak, where alleged rapists married girls as young as 13 or 14. In Malaysia, marriage is a state matter. Nationally, the legal age of consent for a Muslim is 16 (for non-Muslims, it’s 18). However, younger children can legally marry if they have their parents’ permission. Rapists can then take advantage of poor families by offering parents large sums of money in exchange for their permission to marry their daughters, knowing that once they are married, they will no longer be considered rapists.

In Sabah a 40-year-old man raped a 12-year-old girl in 2013 and married her after paying her parents. Eventually, he was prosecuted and jailed, but it shouldn’t have gotten that far in the first place!

In the Sarawak case, a local judge dismissed the rape charges against the man after he was told that the man and the 14-year-old girl were married. However, pressure from human rights groups caused a higher court to step in, and the man in that case will now be facing trial in September. What’s tricky about this case is that the man in question is 21, and said that the two had been in a relationship at the time of the alleged rape. He was charged with statutory rape, which is still a crime, but it is dependent on what the legal age of consent is, and is distinct from other rape charges.

A lot of these problems would be solved if, as advocacy groups have been arguing, the legal age of consent were 18 across the board, regardless of parental permissions. However, as the laws stand now, there are too many loopholes and exceptions. None of which are favorable to the young girls.

According to Shareena Sheriff, Program Manager for the advocacy group Sisters in Islam, “Our view is that the state has an obligation to protect children and this responsibility has been sorely abused. Child marriage is actually exacerbating the abuse of the children by making it legal.” She is also concerned that public support of child marriage by religious leaders and politicians exacerbates the problem.

There have been more than 9,000 child marriages in Malaysia in the past five years alone, though the numbers have decreased over the past three years thanks to activism and pressure from NGOs. While child marriage is rampant in the developing world, with 1 in 3 girls being married before she’s 18, according to a 2014 UN Population Fund report, it’s especially prevalent in Asia, where 66% of girls are married before the age of 18, and more than a third marry before age 15.

Here’s hoping that, as the man from Sarawak faces trial, that advocacy groups are able to use that opportunity to argue for more common-sense laws surrounding child marriage in the country. The lives and well-being of Malaysian girls and women are at stake.

INTERNATIONAL: “The Refugee Olympic Team Now Has Its Own Flag and Anthem” (Wired, 8/12/16) (Note: the Flag was designed by a woman!)

UNITED KINGDOM: “Feminist zealots want women to have their cake and eat it, says Tory MP” (The Guardian, 812/16)

INTERNATIONAL: “Hello and welcome to the hijabi Olympics” (Al Jazeeera, 8/12/16)