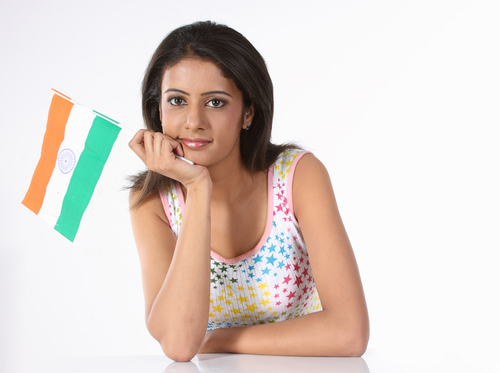 Welcome to Feminism Around the World, a weekly feature here at TMS where we focus on women’s lives and feminist concerns…around the world. TMS is a US-based website, but we think it’s important to connect with women all over the globe to applaud successes, report injustices, and amplify the conversation around solutions to gender-based inequality. We’ve written about women in other countries before, but we’d now like to make it a more consistent priority. Because “Until we are all free, we are none of us free.” – Teresa

Despite some progress, dalits (people in India who used to be considered members of the “untouchable” caste, basically the lowest and most marginalized people on the sociopolitical totem pole) still face grave injustices. Today, one woman fought back in a big way.

According to The Times of India, a woman identified as S. Ishwari from Eravara has filed a complaint against a former boss, “charging him with criminal intimidation and humiliating a member of the SC/ST community with an intention to dishonor them under sections of the Indian Penal Code and the SC and ST (Prevention of Atrocities) Act of 1989.”

Ishwari was a bonded laborer, what was once known here as indentured servitude, which means that she and her family — a husband, Santosh, and two children — were working for someone to pay off a debt. In other words, they were debt slaves. They worked on a pig farm in Kannangala, Virajpet belonging to a Congress worker named KS Gopalakrishna for nine years for 125 rupees a day (which is about $1.86). Her children were not allowed to attend school, and they lived in accommodations barely large enough for all of them.

Eventually, despite the harsh conditions under which she and her family lived, she ran for a position in the July 2015 gram panchayat (village/town local government) elections and, according to the Times, “coasted to an easy victory.” Her boss also remained in government, however, and did not allow her to quit. She ended up continuing to work for him for about a year after she won the election until she was elected President of the panchayat a couple of months ago and promptly walked out.

Now, not only are she and her family free, and not only is she now his boss (if I understand the structure correctly), but she has also brought charges against him, citing a law that was intended to improve the lives of those who are in Scheduled Castes and Tribes, as she is. Gopalakrishna is now facing these charges.

INTERNATIONAL: “The chance of a woman running the United Nations just got smaller” (Quartz, 7/27/16) Le sigh…

AUSTRALIA: Some dudes just don’t know when to call it quits. A Muslim, female lawyer/community advocate in Sydney named Lydia Shelley blocked a guy named Peter Ford on Twitter after a debate, which is entirely her right. Then he goes and looks up her address and sends her a postcard telling her how wrong she is. Even worse, there are some men in her replies trying to say that it’s her own fault for having her address online. #Boundaries, indeed! (7/28/16)