Feminism Around the World: Badass Women We’re Thankful For 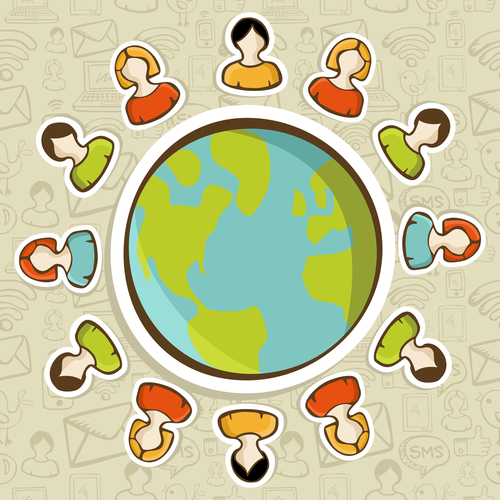 INTERNATIONAL: Contemporary Women Around the World We’re Grateful For This Thanksgiving Weekend

Thanksgiving is an American holiday, but that doesn’t mean that we aren’t grateful for people and things all over the world. Among things like family, friends, and the many other things I’m lucky enough to have in my life, during Thanksgiving yesterday I was thinking about the world we’re living in right now, and the fact that there are so many amazing women alive right now — activists, artists, athletes, politicians, and more — who are doing great things and working to move the needle toward parity and justice in their respective fields. This week’s Feminism Around the World column is dedicated to a handful of them, and to the many more we don’t have the space to list here, but for whom we’re nonetheless grateful. 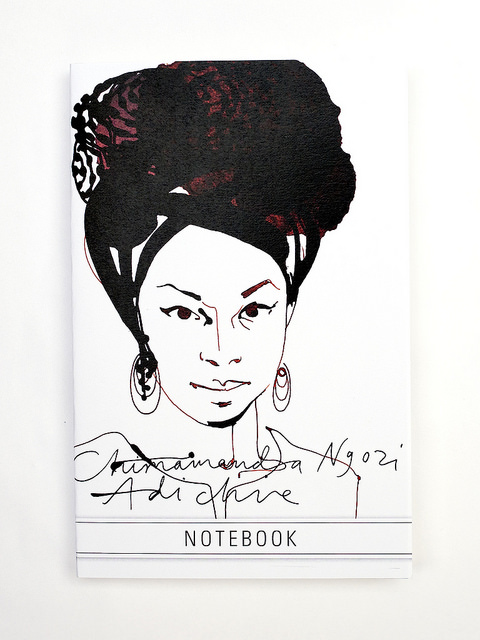 If you only know Adichie from her TED talk, “We Should All Be Feminists,” sampled on Beyoncé’s hit, “Flawless,” then you’re missing out. Adichie is an award-winning novelist who published her first novel when she was 26, and whose book Americanah won the 2013 National Book Critics Circle Award and was one of the 10 Best Books of 2013 as chosen by the editors of the New York Times Book Review.

She grew up in Nsukka, Nigeria, the daughter of parents in academia (her father was a professor and her mother was the first female registrar, both at the University of Nigeria). She loved to read, but even as she devoured books as a young girl, much of it was British/European and so she didn’t encounter literature with people who looked like her. That is, until she discovered the work of African authors like Chinua Achebe and Camara Laye. Suddenly, she saw possibilities for herself. At 19, she moved to the United States to pursue her education, and when she was a senior in college began work on what would become her first novel, Purple Hibiscus.

Since then, she has not only been providing the world with nuanced depictions of what it means to be African, black, and female, but she has also become an outspoken feminist voice. Most recently, she’s been addressing the issue of media writing about “frivolous” things after Trump’s election. In an interview with Racked, Adichie talks about the fact that it’s okay for women to care about things like beauty and cosmetics even as they care about changing the world:

I think America is at a strange place now. But I think women still need to know what damn moisturizer works in the winter!”

Here’s to powerful female voices telling us the stories, and spreading the ideas, we need to hear. 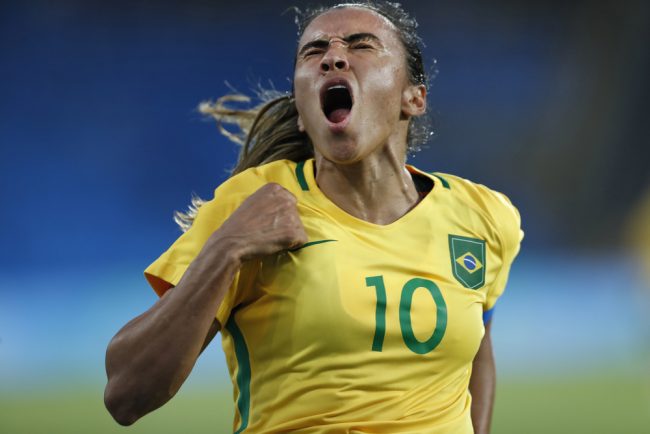 Marta, born Marta Vieira da Silva, is quite simply the best female soccer player in the world. Growing up in Dois Riachos, Brazil, Marta fell in love with soccer (or futbol) as a young girl, and persisted playing even after everyone from the neighborhood boys to her own family told her to give it up, because sports aren’t a “girl thing.” However, despite her small stature (she’s just over 5’5″) she learned how to adapt her playing style accordingly, learning how to dribble deceptively and being mentally tough in order to compete with boys and girls much larger.

She moved to Rio de Janiero at 14 years old to pursue her dream of going pro. Despite not having ever been formally trained she was one of the best female players anyone had ever seen. Thanks to several supportive coaches, Marta began playing pro shortly thereafter. She bounced around between different women’s teams for a while, playing for Brasil, Sweden, and the US, becoming known as “the female Pele” after the best soccer player of all time. Then at the age of 21, she scored one of the coolest scoring goals in the history of the Women’s World Cup, taking Brasil to the final (though they ended up losing the cup to Germany).

She’s been the FIFA World Player of the Year for five years in a row, which is more than any other player, male or female, and she might be up for a sixth. As a member of the Brazilian national soccer team, she’s won two Olympic medals, and at 30 years old she shows zero sign of slowing down or resting on her laurels.

Here’s to athletic women who kick ass as they fight to level the (literal) playing field. 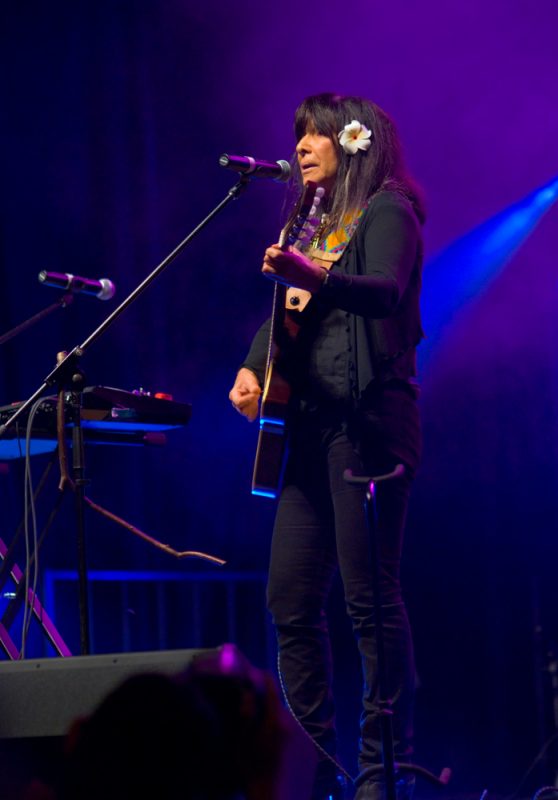 Born on the Piapot Plains Reserve in Saskatchewan, Canada, Beverly Sainte-Marie (known professionally as “Buffy”) is a First Nations woman of Cree descent. Growing up, she always had a gift for music, and she taught herself guitar and piano in her early childhood and teenage years. In fact, as she was teaching herself guitar she didn’t know how to tune it, so she just turned the knobs until it sounded like the music in her head. That tuning style later inspired her friend, fellow singer-songwriter Joni Mitchell.

After going to college in the U.S. at the University of Massachusetts Amherst (where she graduated at the top of her class and went on to earn a PhD in Fine Arts), she returned to the Piapot Reserve to reconnect with her culture and her family (she’d been adopted as a child by American parents, Albert and Winifred Sainte-Marie). It was then that she started making music professionally, inspired by the issues affecting Native American populations.

She started bringing her unique brand of folk music to coffee houses in New York, and Toronto, performing alongside luminaries like Bob Dylan and Leonard Cohen. In 1964, it was her song “Universal Soldier,” a protest song about the war in Vietnam, that put her on the map. While her version wasn’t popular, Donovan’s cover of it became a hit, and Sainte-Marie became known as a songwriter. In 1964, she was named Billboard’s Best New Artist.

She has since made a long career both as a performer and as a songwriter for others (artists from Elvis Presley and Janis Joplin to Courtney Love have covered or performed her songs) and is still going strong at age 75. She’s also been an activist, raising awareness about the suffering endured by Native populations. The lyrics to her song, “My Country ‘Tis Of Thy People You’re Dying” are sadly as relevant as ever:

Those of you who know Sesame Street inside and out may remember her breastfeeding her baby as Big Bird looked on in a 1975 episode. When she was approached to do the show, she was originally asked to participate the way that most celebrities were asked to. Sainte-Marie, however, relished the opportunity to give children a little more substance in her time on the show, and she ended up joining the cast for five seasons, reminding children that Native people actually still exist, and touring the country singing songs to children about diversity, and visiting Native American reservations to connect the Muppets to Native kids.

Here’s to women of color who hold space for marginalized populations, ensuring they have a voice. Now would be a great time to check out Jessica’s post from earlier today about donating to the #NoDAPL protesters to help their efforts in protecting the environment, as well as Lakota sacred land.

She moved to the U.S. to pursue her graduate degrees and ended up earning a PhD from Harvard University in 2004. That year, she was also a research fellow of the Clay Mathematics Institute and a professor at Princeton University.

In her career so far (she’s only 39!) she’s already made significant contributions to the field of mathematics, specifically related to the theory of moduli spaces of Riemann surfaces. According to Wikipedia:

“In her early work, Mirzakhani discovered a formula expressing the volume of a moduli space with a given genus as a polynomial in the number of boundary components. This led her to obtain a new proof for the formula discovered by Edward Witten and Maxim Kontsevich on the intersection numbers of tautological classes on moduli space, as well as an asymptotic formula for the growth of the number of simple closed geodesics on a compact hyperbolic surface, generalizing the theorem of the three geodesics for spherical surfaces. Her subsequent work has focused on Teichmüller dynamics of moduli space. In particular, she was able to prove the long-standing conjecture that William Thurston’s earthquake flow on Teichmüller space is ergodic.”

More recently, Mirzakhani was awarded the 2014 Fields Medal, the highest honor in Mathematics, for “her outstanding contributions to the dynamics and geometry of Riemann surfaces and their moduli spaces.” She is currently a mathematics professor at Stanford University, where she continues her research work in Teichmüller theory, hyperbolic geometry, ergodic theory, and symplectic geometry.

Here’s to the women killing it in STEM careers, and ensuring a female presence in these fields of discovery and progress.

These are only four of the amazing women from outside the U.S. who are changing the world. As you’ve read above, several of them have come to the U.S. to complete their work or make their careers, which only goes to illustrate how important it is that we treat immigrants and visitors from other countries with respect and kindness. You never know which among them is going to come up with the cure to cancer, or excel in sports, or create the next great artistic work. This Thanksgiving weekend, I’m grateful not only for the work these women, and women like them all over the world, are doing sometimes in spite of seemingly insurmountable odds, but I’m grateful that I currently live in a country where brilliant people like these can come and make our nation that much richer through their brilliance.

May that always be the case.

If you’d like to read about other amazing women from around the world who are doing great things, I’d highly recommend a little book called Rad Women Worldwide, by Kate Schatz, with illustrations by Miriam Klein Stahl. It showcases 40 brilliant women, both living and deceased, who’ve contributed great things to the world. While it’s geared toward middle school readers, it also serves as a great coffee table book that you’ll want around as a reminder of the fact that women doing great things isn’t new or news. We’ve always been achieving, creating, and innovating, despite the patriarchal focus of far too many of our history classes.