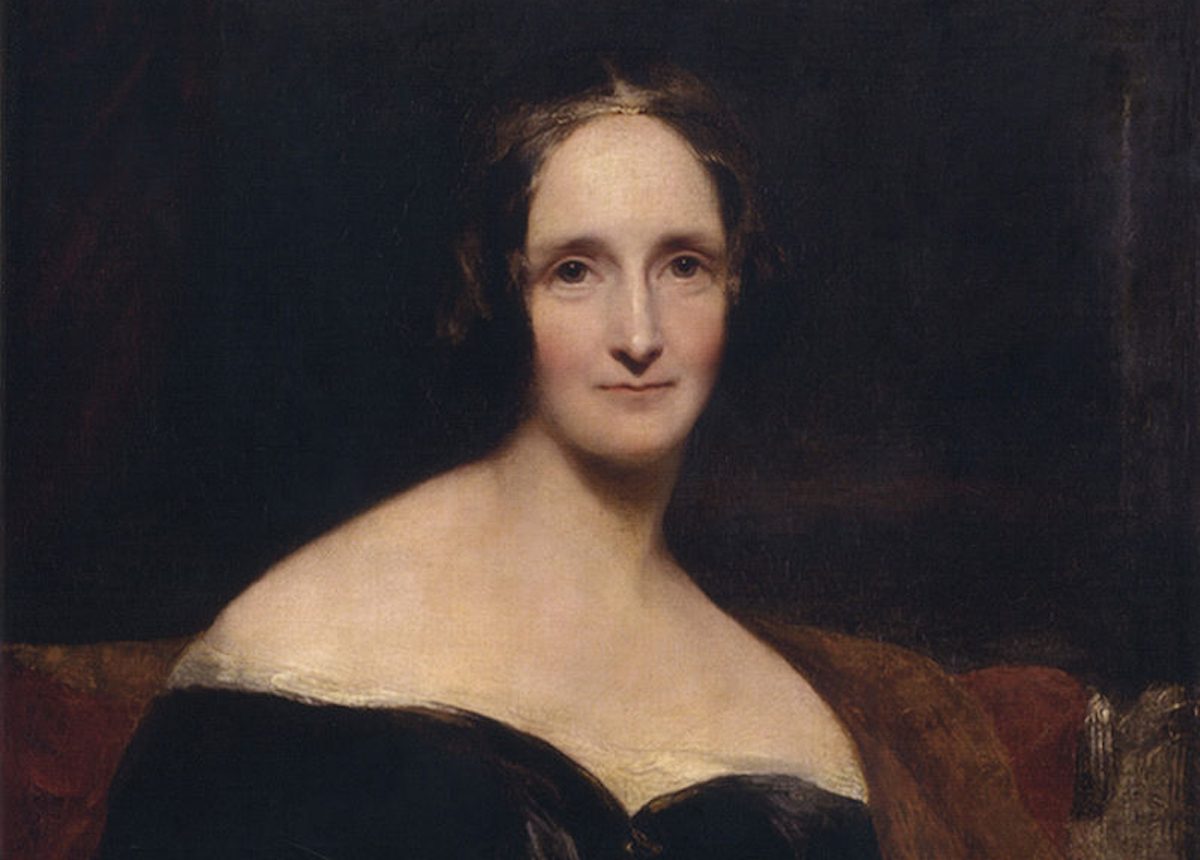 Did you know that many of our most unsettling stories were written by women? While horror and suspense in mass media have often been dominated by male directors and creatives, female writers gave us the backbone from which so much delicious terror was built.

Our friends at Kensington Books are proud to be publishing contemporary horror by women, continuing in this grand tradition, and they asked us to travel back in time to take a look at the lady luminaries who came before. Here are a few of our favorite fear-inducers: 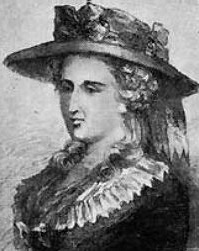 Ann Radcliffe’s name and works are not as well-known as Mary Shelley’s, but in her day Radcliffe was the most popular writer around. Though she mysteriously stopped writing at age 32, Radcliffe was widely admired and she is considered one of the pioneers of Gothic fiction.

Her most famous work is The Mysteries of Udolpho, which sees its heroine suffer “supernatural terrors in a gloomy castle,” and would later be parodied in Jane Austen’s Northanger Abbey. Radcliffe wrote radically dynamic heroines for her day, active women who could outsmart and outmaneuver the creepiest of villains. Her own life story reads like something she might have written herself:

Little was or is known about Radcliffe’s life, so not surprisingly apocryphal stories sprang up about her: it was reported that she had gone mad as a result of her dreadful imagination and been confined to an asylum, that she had been captured as a spy in Paris, or that she ate rare pork chops before retiring to stimulate nightmares for her novels; several times she was falsely rumored to be dead. (CUNY Brooklyn) 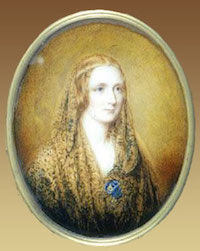 Mary Shelley remains one of the biggest names in the supernatural realm for gifting the world with Frankenstein, or the Modern Prometheus. The novel, written as part of a legendary ghost-story challenge proposed by Lord Byron and undertaken by Shelley when she was just 18, proved to be a huge success.

Shelley is credited with writing the world’s first science fiction novel and is considered “the mother of horror.” Shelley’s disturbing tale of Dr. Victor Frankenstein and his uncanny creation gave the world perhaps its most famous literary monster, who has over time gained the name of his creator in pop culture. Of that fateful time in Switzerland when she wrote Frankenstein, Shelley describes a truly visionary—and terrifying—state of inspiration:

She experienced a nightmarish vision with “a vividness far beyond the usual bounds of reverie.” She described it: “I saw the pale student of unhallowed arts kneeling beside the thing he had put together. I saw the hideous phantasm of a man stretched out, and then, on the working of some powerful engine, show signs of life and stir with an uneasy half-vital motion.” (National Geographic) 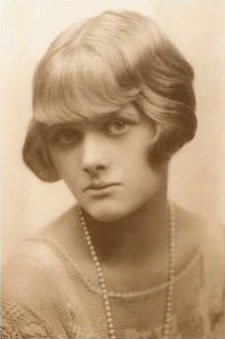 While du Maurier’s writing feels forboding and suggests the supernatural, her sinister themes are also frequently grounded in real-world terrors like murder, jealousy, financial greed, and strange seductions. To read Daphne du Maurier is an adventure into the unknown, as she delights in keeping her readers unsettled:

The obituarist Kate Kellaway wrote: “Du Maurier was mistress of calculated irresolution. She did not want to put her readers’ minds at rest. She wanted her riddles to persist. She wanted the novels to continue to haunt us beyond their endings.” (Wikipedia) 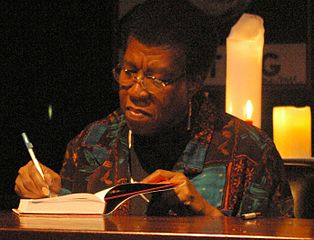 Although she is most often associated with science fiction, the great Octavia Butler included plenty of horror in her literary works. A recipient of both the Hugo and Nebula awards—the highest honors in the world of speculative books—Butler’s fiction has left an indelible impact across many genres of writing. Her unsparing and beautiful prose has inspired generations of writers and readers and will continue to do so for generations to come.

Butler frequently used the language of the supernatural to “make others feel the history” that systemic racism inflicted on America. Some of her best-known books, like Kindred, The Parable of the Sower, and Fledgling can involve creatures like aliens and vampires, but their true terrors are rooted in humanity’s capacity for cruelty to its fellows.

Butler addressed racism from a fantastical perspective—her works are full of futuristic dystopias and alien planets—but she never shied away from its horrors. But even those with more straightforward science fiction premises are often suffused with dread, exposing the suppressed horrors of American history. (Mental Floss) 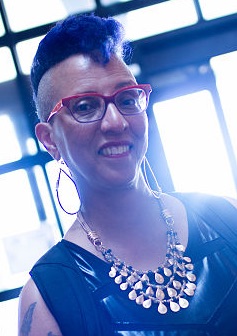 Linda Addison became the first African American to win the coveted horror-centric Bram Stoker Award in 2001 for “Consumed, Reduced to Beautiful Gray Ashes,” a collection of poetry, and she has gone on to win the Stoker award twice more. In addition to writing longform horror, science fiction, and fantasy works, Addison is also an accomplished poet, demonstrating that chills can be transmitted in many written mediums.

She is the only author with fiction in three landmark anthologies that celebrate African-American speculative writers: the award-winning anthology Dark Matter: A Century of Speculative Fiction, Dark Dreams I and II, and Dark Thirst.

From Ann Radcliffe through Linda Addison, many, many women have spun wicked webs of fiction for centuries. Now Kensington Books is excited to offer two new books by female horror writers for the Halloween season.

Mary SanGiovanni’s Behind the Door: 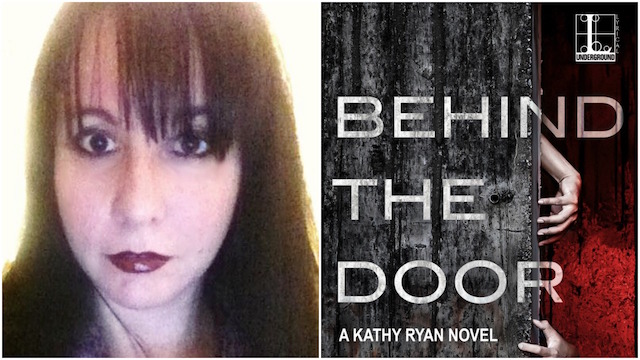 Author Mary SanGiovanni was nominated for the Bram Stoker Award for her novel The Hollower, which she followed up with sequels Found You and The Triumvirate, Thrall, Chaos, and Savage Woods.

Chills introduced occult security consultant Kathy Ryan onto the scene. Now Kathy returns in Behind the Door, a turn through paranormal horror that will transport you to the woodland town of Zarepath, where there stands a certain Door …

In the rural town of Zarepath, deep in the woods on the border of New Jersey and Pennsylvania, stands the Door. No one knows where it came from, and no one knows where it leads. For generations, folks have come to the Door seeking solace or forgiveness. They deliver a handwritten letter asking for some emotional burden to be lifted, sealed with a mixture of wax and their own blood, and slide it beneath the Door. Three days later, their wish is answered—for better or worse.

Catherine Cavendish’s Damned By the Ancients: 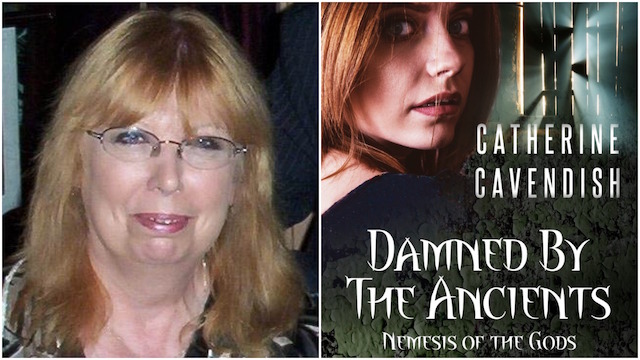 Catherine Cavendish has dipped her blood-red quill into Gothic and paranormal novels, novellas, and short stories. Her books include The Pendle Curse, Saving Grace Devine, and Dark Avenging Angel, and she was the 2013 joint winner of the Samhain Gothic Horror Anthology Competition.

Cavendish’s new novel, Damned By the Ancients, promises to cross through time to chilling possibilities in Vienna past and future.

Gabriele Ziegler is a young art student who becomes infatuated with charismatic archeologist Dr. Emeryk Quintillus. Only too late does she realize his true designs on her. He is obsessed with resurrecting Cleopatra and has retained the famed artist Gustav Klimt to render Gabriele as the Queen of the Nile, using ashes from Cleopatra’s mummy mixed with the paint. The result is a lifelike portrait emitting an aura of unholy evil . . .

The Mortimer family has moved into Quintillus’s former home, Villa Dürnstein. In its basement they find an original Klimt masterpiece—a portrait of Cleopatra art scholars never knew existed. But that’s not all that resides within the villa’s vault. Nine-year-old Heidi Mortimer tells her parents that a strange man lives there.

If you love your books to be chill-inducing, why not reach for a spooky story written by a woman? History would suggest that ladies have this genre on total lockdown. Locked with chains. Behind a secret door. Down a dark and creaky spiral staircase …